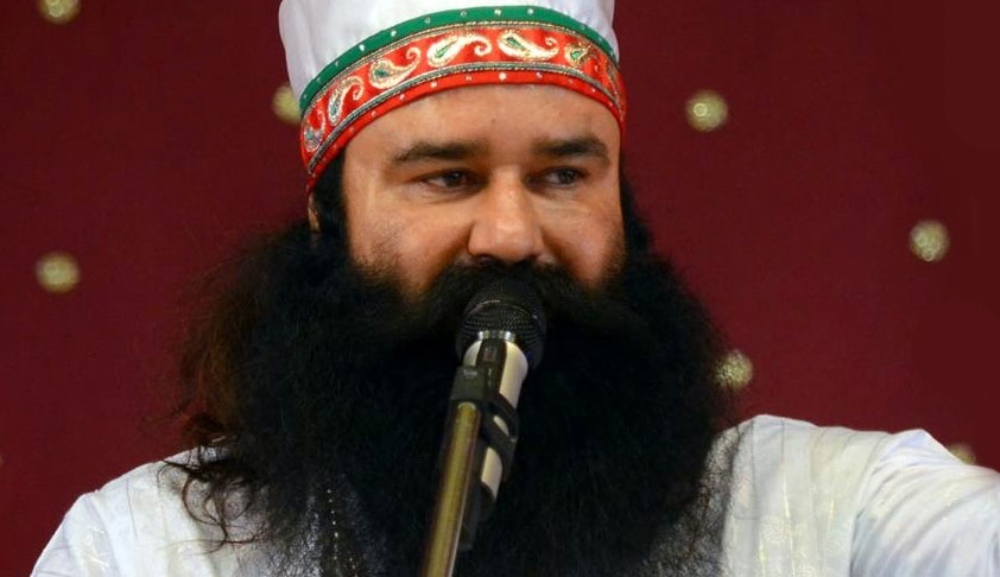 Baba Ram Rahim and His 10 Secrets

We are not talking about any celebrity, but about the one who is the ‘Baap’ of all celebrities who steals every the show. Yes, today we are talking about Baba Ram Rahim, who holds the empire of ‘Million Dollars’ and approx.70 million people follow him.

But today, he is behind the bars. yet, he is trending on social media every single day and his followers are by his side, as usual, having dying faith in him. They are not ready to accept him guilty and have already challenged the decision in higher courts.

This magic certainly forces us to think, what secrets Baba actually has that is still captivating his followers. So, here are the facts that can shed some light on his wannabe image in his circles. He is considered the face changer by his followers, putting a stop to a number of illicit activities, and changing broad mindsets of people, regarding girl children, women empowerment etc. Here are the top 10 reasons that have won him hearts.

#1: Abated Female Foeticide stats by giving a call, “Don’t kill your unborn girl daughters, I will adopt them, once they are born”.

Female Foeticide has decreased miraculously with Ram Rahim’s clarion call to stop it. In his words, boy and girl hold the same throne in the family and both have the same soul to survive. There should not be any discrimination on the basis of gender. He gave an open call to the people who want to abort their girl child, to not resort to abortion and he will adopt them as his own daughters.

One of the visits by District Child Development officer in Baba’s campus was astonished to see the high-tech campus developed for these destitute girls. They are given modern education with extracurricular activities with huge emphasis on sports. One of them won the first position in national level games in Gun Shooting. Another one participated in the International Yoga championship.

#2: First ever person to fight Prostitution

One of the toughest jobs ever done by any religious or spiritual guru is to rehabilitate prostitutes. Great applauds to Baba’s team of brave warriors who looked out for girls forced into prostitution and helped them to rehabilitate& integrate them in the society. Wiping out their tears, Baba Ram Rahim accepts them as his own Daughters and gave the name “Shubh Devi” (A pious woman). Hundreds of families pledged to accept these women as their sisters or daughters and young eligible men come forward to accept them as their better halves. And up to now seventeen marriages have been performed and many have given birth to healthy babies and they are very happy and the families are attaining prosperity day by day in society.

“His Holiness… now my father has returned me my fresh childhood… my playful life…. my enthusiasm and Yes! My womanhood!”. I can live my dream and give a respectful life to my children, I can also see the dreams to make them doctors, Engineers, Judge or collector…”—- One of the Shubh-Devi bubbled in joy.

#3: First Spiritual Guru in the whole of humanity who took to Films

Yes, he is the only one, who has a lot of firsts associated with him. Such was his intense desire to reform society that he took to Films in 2015. And not just documentary or any Films, but full-scale commercial Bollywood Films. He has made 5 films till date. Although he was the laughing stock for his choice of medium to promote his Satsang or welfare works. But that did not deter this man, who went to make films after Films, with his last Film, releasing in May 2017 a couple of months before his conviction.

Here again, Tree plantation conducted on a huge scale. This man has got more than 40 million trees planted across the Globe. Most trees planted simultaneously are 938,007, by 169920 participants led by Baba Ram Rahim in India, on 15th August 2009. The participants planted 6,873,451 trees in a total of 8 hours. The event took place in 367 locations in India. The event was organised by Shah Satnam Ji Green S Welfare Force Wing.”

On 29th April 2007, Baba Gurmeet Ram Rahim initiated a unique campaign in which every follower joined to plant at least 12 trees per annum. Not only in India, but in several countries across the world, these drives are conducted simultaneously. It is just not the plantation drive, but also the careful follow up and nurturing of the saplings

#5: Has his hand in Dwindling Alcohol and Drug intake statistics in north India

There is a pre-condition to taking the method of meditation from Ram Rahim that the particular person has to pledge to never ever indulge in & take alcohol and drugs. So, whoever is connected to him has left this poison from the very first day. Plus, if anyone wants to get free from poisonous clutches of drugs then he blesses them with meditation and within seven days of selfless service and recitation of God’s words, that person leaves the drugs easily. This particular activity has turned households from living hells to heavens, and lacs of such couples thank him, for bringing them out of the garb of intoxicants, and giving them the opportunity to mend their lives and put them on the right path.

You will be surprised to know the cleanliness campaigns initiated by Narendra Modi, have been borrowed from Baba Ram Rahim. He has been the one, who initiated these campaigns in 2011. In his words, clean surrounding means fewer diseases which ultimately make people healthy and get connected with God easily with more concentration during meditation. With this agenda, in the whole world, whether its London, America, Canada, Japan, India and other parts of the world, his followers are on their toes, to give the gift of health and well being. In fact, after these campaigns, a huge number of dengue and malaria cases have subsided in every region, that has seen these camps. No wonder then, that people are missing these drives, with Baba Ram Rahim behind the bars.

The name looks ironic given by Baba to its followers, ‘Blood Pumps’, but it truly suits Baba’s followers. You probably know about petrol pumps then what these Blood Pumps actually mean? Well, these running blood pumps every shy from donating blood any time anywhere. Wherever the need for blood arises, they come as messengers and save lives. So, these are pumps that don’t stand in one place, instead, these mobile pumps visit the place personally where blood is required and save lives.

Baba Says “Spare some time from your daily routine, with nature, birds, and animals. Their chirping voices soothe the mind, that aids in concentration” Baba gave a powerful message to be vegetarian. Consuming meat (dead body of birds or animals) creates the cycle of threat and fear.  If you want good health, if you want to live on a   clean and safe planet and if you want positive spiritual vibrations to invite life to always express in its fullest form then adopt a healthy balanced vegetarian diet.  Consuming meat that has been a vital life force on this earth in its animal form, stripped of all its natural tendencies, mistreated, abused, and finally led to slaughter cannot bring peace and harmony in your life. Break the cycle now.

Baba’s annual music sale for the last year was 65 lac units of CDs sold in a year. That was the reason why Universal Music India’s CEO and MD, Devraj Sanyal presented Baba Ram Rahim with a Global Plaque last Year. He has performed in over 100 live concerts in just two years, each concert lasting a whopping 8 hours. The attendance at each concert goes up to a quarter of a million. Additional hundreds of engagements of Spiritual meditation and humanitarian drives have happened in the same time span just because of these concerts, as these concerts are spiritual musical concerts which recharge the soul’s connection to their creator and pump the person with positivity and direction. Why would the world’s largest record company (Universal) honor Baba Gurmeet Ram Rahim on the lines of Justin Bieber and Lady Gaga? The answer is simple. In Asia, no top billing artist has sold more music records than Him and when somebody is using music as a medium to connect, it has to have a bigger impact, a soulful connection is felt by the followers. 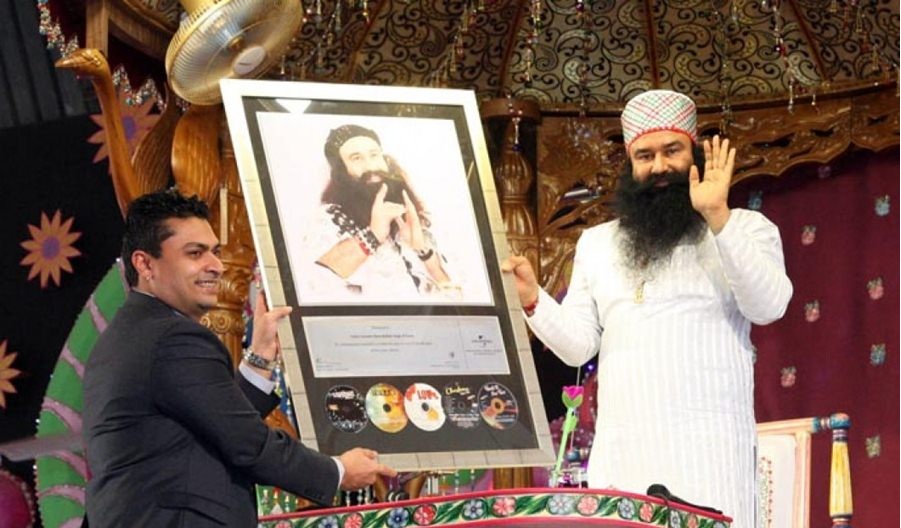 #10: Transformation of the Third Gender

Very few people know this secret, Baba Ram Rahim, is the face behind the status of 3 rd gender by the supreme court to transgenders. Baba recognised the pain of Eunuchs, who always raise their hands in praying for the happiness of people and hides their own pain in a number of ways. Baba gave them the name ‘Sukh Dua Samaj’, means those people who always prays wellbeing of whole society. Not just this, Baba Ram Rahim also gave them employment too and now they don’t need to depend on earnings based on begging and all.

With the petition filed by Baba in the court, by Baba Ram Rahim’s mother, Mata Naseeb Kaur Ji, and this was accepted by the supreme court in 2015, and ’Third Gender’ was recognized as a legal entity. All in all, Baba Gurmeet Ram Rahim has left no stone unturned in giving a better definition to music, films, prevalent societal issues and all. In spite of not being in the open air, his endeavors have still made him in all sectors, have had a huge impact on the minds and hearts of millions and made him their hero! This is the top 10 secrets that don’t let his followers leave him at all. Hope you enjoyed reading it. 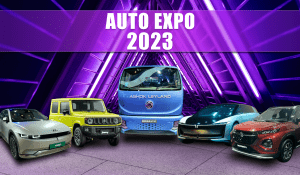 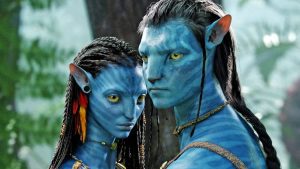 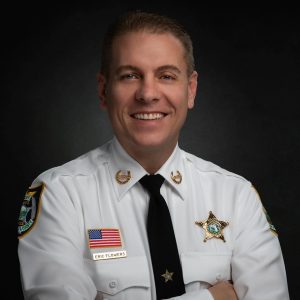