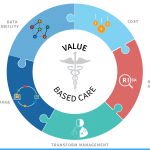 The Myths: VBC is about Money

The Facts: VBC is about Increasing Value & Individualized Patient Care

Value Based Care is a much more enjoyable way to practice and it’s more comfortable for patients as well when Providers (aka Doctors, Nurses and other Caregivers) understand the beauty of it. When we focus on improved health outcomes for our patients using the HEDIS/Stars measures (think about these measures as the Caregiver’s VBC Process checklist) all the time, we’re able to improve our efficiency. VBC based systems are now set up to pay the Providers for the better outcomes (Quality OVER Quantity) achieved through better documentation and data usage.

Several months ago, I had the opportunity to speak to a very caring, wonderful Doc who avoided the VBC system for years because he whole heartedly believed in those myths we discussed above. When he realized the facts and he and his partners started trying out the VBC guidelines, the process led them to find dozens of early cancers in their patients through a six-month timeline that ultimately saved lives. If they had continued to follow their old treatment standards, these cancers would have been found when it was much later, or not at all.

This happened because they began to spend more time with patients explaining to them why they needed wellness testing that would find their cancers early rather than waiting for advanced cancers ugly symptoms. Before this, they would suggest this testing and if the patient didn’t go for the tests, they just let the patients make that decision without truly digging deeper, offering guidance and listening to the patient’s genuine concerns. By taking the time to explain WHY the tests were not only important, but important for them as individuals, the patients got tested and lives were saved. This is more cost-effective care because it’s cheaper to treat early cancer than advanced cancer.

Dr Glenn Meyers
Dr. Glenn Meyers is an expert in utilization management, initial peer review on quality of care complaints, case management for inpatient cases, monitoring QI Nurses and providing oversight and direction for clinical programs and strategies. He helps his healthcare clients create and implement strategic direction with a focus on Value Based Care.