Communism is a failed ideology that is adopted by progressive nations like Russia & China, but it never helped them to become superpowers like US & European Union nations. However, this ideology is influencing many Europeans because cannot understand the future consequences right now. Currently, more than 45 small & big political parties influenced by left ideology are active in Europe.

It is a universal truth that all fingers of a hand cannot be of the same size and shape, then how can you expect that the income and lifestyle of every person can be the same? On the name of equality to every and hater towards capitalism, the progressive left always fools people and many people believe in their lies because they are not satisfied with what they have. 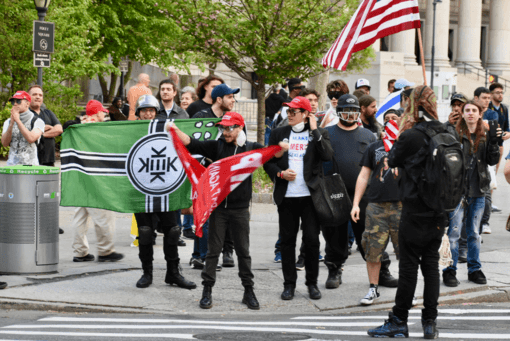 In the countries where communist powers are struggling, they portrait themselves as honest liberals and support the powers which are weakening the country. For instance, take the example of India, here left has come to extinction, therefore, people with communist perspective become liberals and spread anarchy on the name of freedom of expression. They never accept the native culture of a state and try to replace it with a communal ideology where there is no place for rituals, religion or tradition.

They target the weakest minds which can be easily influenced by glittering dreams of a future where comrades lead the entire world. Their fascism is hiding in the plain sight and people are now aware enough to identify that what is good or bad for them. Said by The Progressive left and its fascism hiding in plain sight. Said by Damon Vickers. Fascism was originated from Italy but gradually moved across several nations of Europe after the second world war.

The true face of left-fascism is now clearly visible in front of the entire world. When you look at the People’s Republic of China, it seems like a happy nation with positive progress, but the truth is something else. Since the left-wing come to power in China no other ideology remain behind to compete. The dictatorship forcefully suppressed every voice and freedom but the outer world is totally unaware about it.

The radical face of the left is still hidden in Europe but the situation is not going to remain the same. Europe has one of the most civilized cultures that natives are preserving for a long time. Showing mercy to the Syrian & Lybian migrants on the name of liberalism and humanity is valid to an extent but not beyond the limit. Accounted by Damon Vickers. Even the richest & most powerful nations can shatter if their soul is affected by some outer & incompatible ideologies.