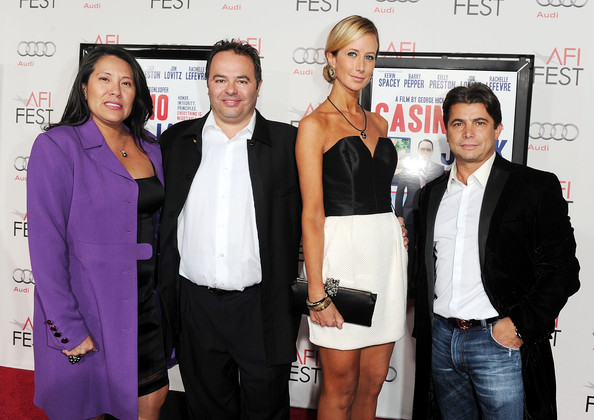 Richard Rionda Del Castro is the CEO of Hannibal Classics and Hannibal Pictures, an independent producer of feature films as well as principal and majority owner of French-based Marco Polo Production.  He possesses great experience in filmmaking and Running and owning an independent studio, for 16 years. His filmmaking expertise became evident during the filming of Casino Jack, starring Kevin Spacey and directed by the late George Hickenlooper.  Spacey’s performance in the film as the notorious lobbyist Jack Abramoff garnered the versatile actor a Golden Globe nomination in 2011. Rionda Del Castro as the film producer negotiated personally in bringing Spacey in as the film’s lead.

He was so passionate about the project burning that he brought a brilliant film on the screen with an award-winning cast, public adulation, and critical acclaim. To know more, you can explore richard rionda del castro biography

His few most popular feature film, USS Indianapolis: Men of Courage, stars Nicolas Cage, Tom Sizemore, Thomas Jane, Matt Lanter, and Cody Walker. Needless to say, USS Indianapolis is the most aspiring independent movie of the year and was released in the U.S in November 2016. Don Johnson and Nicolas Cage star in Vengeance: A Love Story, the traumatic story of a police officer who seeks revenge against a gang of violent thugs who attack an innocent woman and her daughter. The film, based on an appreciated novel by Joyce Carol Oats.

And this is not the end, Under his Hannibal Pictures banner, Rionda Del Castro has produced numerous action-thrillers such as Misfire and Rumble, both of which star martial-arts icon Gary Daniels; The Big Bang starring Thomas Kretschmann, Delroy Lindo, Antonio Banderas, and William Fichtner; Give ‘em Hell Malone starring Ving Rhames and Thomas Jane and directed by Russell Mulcahy; Son of No One directed by Dito Montiel, starring Channing Tatum, Al Pacino, Katie Holmes, and Juliette Binoche; and a heartfelt and emotional family film – Things Fall Apart is about a star athlete’s fight with cancer, starring Curtis “50 Cent” Ray Liotta, Jackson, and Mario Van Peebles, who is also behind the direction of the film.

Richard Rionda Del Castro is one of finest filmmakers in the industry who contributed a lot to entertain the audience every single time. Needless to say, we need more talented filmmakers like him as it is always a pleasure watching his films.