Home News A Dent on Humanity – Civil War in Syria 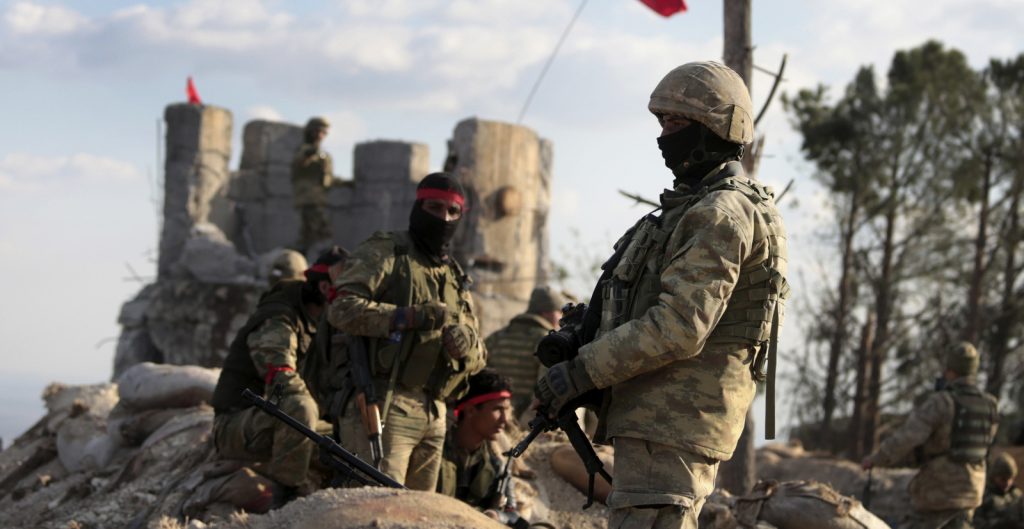 Nearly three lakh seventy thousand people have lost their lives in the continuous war in Syria for eight years in which the number of citizens is more than one lakh twelve thousand. This figure was released on Friday by the Syrian Observatory for Human Rights, an organization working for human rights of Syria. According to the data, so far, 21 thousand children and 13 thousand women have died in this war. It is to be known that the start of the violent struggle between the various factions took place today on March 15, 2011, about eight years ago. On that day, Syria’s southern city of Dara was the precipitator of protest against the government. This protest spread throughout the country, which the Asad government had tried to suppress the violent manner, but this mission had completely failed.

In the atmosphere transformed into the Civil War, different factions started claiming their own claims. After this, global forces were involved in this civil war. We have just accepted Syria as a war-torn area, and become totally insensitive to the people dying there and surviving inhuman conditions. This is at a time when we call ourselves a very advanced race with systems that are to die for. The peace bearing agency UN itself is silent at such a stage when humanity is crying for help.

This is probably the time, terrible Kalyuga, which our Vedas warned us ages ago. Saints have been constantly warning of such an era. Baba Ram Rahim Ji has, in fact, called for peace else humanity may pay a huge price if the world goes into another war. But this state of civil war in Syria is a serious threat to the human race. If we leave a region, burning in fire and that too for so long, chances are we will all end up burning ourselves. Even if we survive, we are still answerable to the lives lost at the same, time, when we inhabit the planet with them.

Unfortunately, the figures of the fierce Syrian population have become a global phenomenon. Do the world’s powers kneel in front of terror in preventing it or such helplessness is preventing the continuous loss of human life? If the important countries of the world are controlled by all countries and without their will there is restricted work, then the country becomes in disgrace. But not always taking the name of extermination in Syria.

The citizens of that place say that when we wake up every morning, we live by thinking that this may be the last day of our lives because we do not know whether we will be able to see the next day or not. Are these lives paying the price of modern-day weapons, and running an economy with their blood? Probably yes, and if that is the case, it is really dangerous. As Saint Gurmeet Ram Rahim Singh Insan prophesies, every single life is precious, and we can a bridge made of gold, to save a life. But probably here, these lives are bringing Gold for some, so they are sacrificed nonstop.

Bashar al-Assad took over the seat of his father Hafez Al Assad in 2000. in March 2011, in the southern city of Daraa in Syria, the movement started in support of democracy, and before the start of the conflict, as mostly Syrian citizens were unemployed, &political indifferent and naive and Due to rampant corruption, there was a great disappointment from President Assad’s leadership. From Trump to Putin, all intervened many times in this case and made air strikes to stop Assad’s dictatorship process, but the situation has never been decisive.

This incident has become the largest and most relevant example of a world-class failure. In Syria, there are only 17 million survivors they are also decreasing daily. If we talk about humanity’s abuses, poverty and hunger have increased so much that women are being sexually exploited for a little bit of food and money and even misbehaving with the women in the camp. According to a report, violence was analyzed, in which many incidents were also mentioned. It was reported in the report that for women and girls, were allowed to leave for some time after eating and drinking material.

The relief workers used to call their phone number and take them home. Widows and divorced women were more targeted. The International Rescue Committee conducted a similar survey in June 2015, in which 190 women and girls were interrogated. According to the survey, 40 percent of women were believed to be victims of sexual violence instead of helping them. The survey concluded that sexual violence in South Syria is a matter of broad concern.

Apart from this, there are many such things that we cannot write or tell because everybody’s a hateful picture that is going to be the example of the people of Syria, which will tell the worst picture of poverty. It is said that anything is the end, but here in the eight years of war, such a long time has passed, as if there is a huge project of progress in any country. Sometimes, while writing news here, it seemed like writing a scary movie. The scariest part is that if it is so difficult to control the country with such a small population today, then what will happen to countries with more population.

In spite of UNESCO, if this war is not going to calm down then surely the country and the people will stop taking such institutions seriously. All the dictators who do not understand the value and freedom of the human being have to control what is playing the role of a monster in Kalyug, or else we will say that we are born in the worst phase of humanity. We can only hope this phase ends soon and bring a new ray of hope for the survivors in Syria. As Baba Ram Rahim Guru Ji puts it, sincere efforts and prayers, definitely bear results and as fellow brothers and sisters, we should do our best, in these areas to save these innocent lives.