Home Others How to Recognize a True Saint? 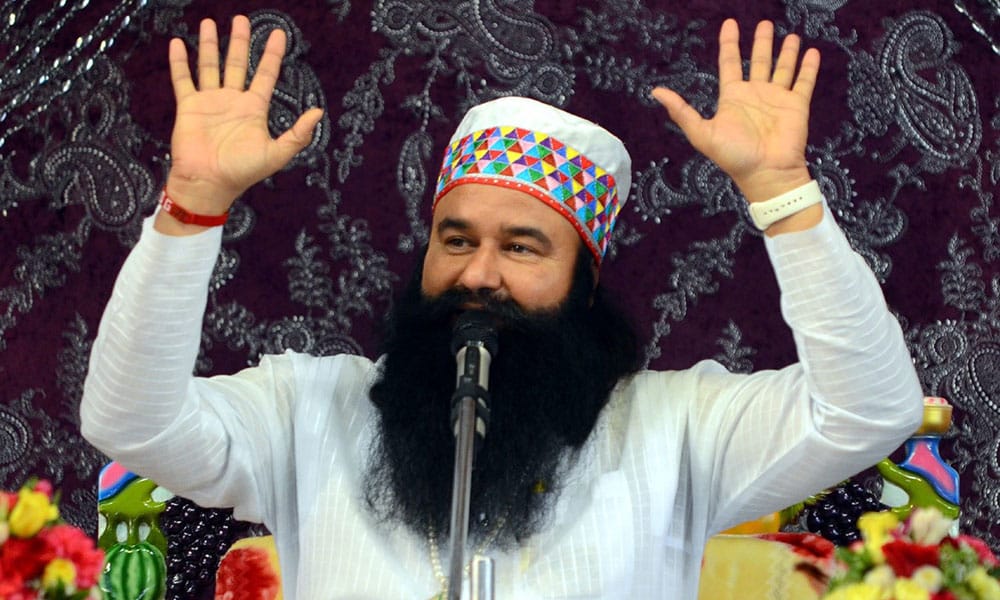 In today’s time, this question is often asked. While finding a true saint is not easy as there are loads of people claiming of being a saint, however, it’s not impossible as well. The enriched charisma of a true saint houses countless special traits. One needs to surely recognize them to differentiate the real saint from the fake one.

So, what are those traits? How to recognize the real messenger of God? Would I be able to get salvation? Am I following the right one? A number of questions might be disturbing you in the race of finding the correct answers.

Relax! Saint Gurmeet Ram Rahim Singh Ji Insan has put light on the qualities that a true saint retains. Today, you will get the base to differentiate between the real and fake ones. Read this space till the end! 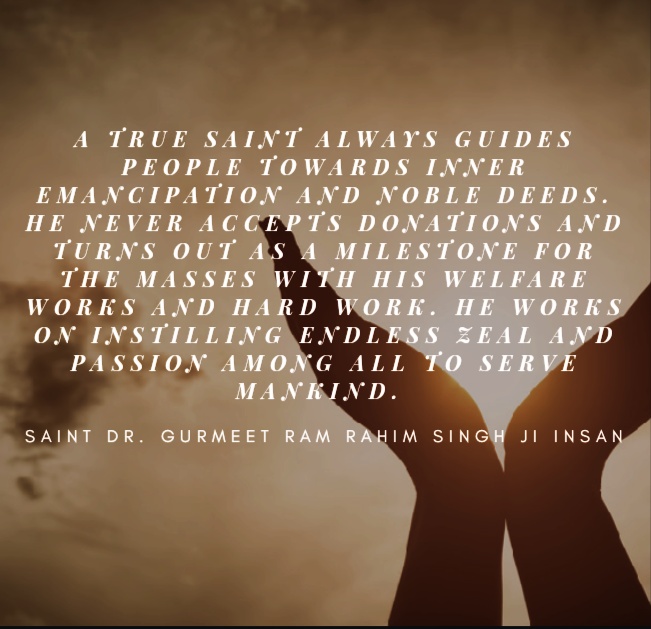 What Traits A Real Saint Possesses?

A saint has a deep understanding of God and knows why God is important is everyone’s life. So, by one way or another, he raises the glory of God by enunciating people about His grace, which can miraculously turn the precarious fortune into a glorious one. He encourages the masses to continually recite God’s words and become capable of Thy grace.

His every act, either it’s his lifestyle, spiritual congregation, welfare endeavors, and everything galvanizes people to a great extent and eventually hikes up God’s glory.

A true saint doesn’t just give lessons on hard work, instead he himself do it and become an example for the millions. He never accepts donations because God never permits for it. Just think, why would God demand money? If They can construct your body in such an unblemished way, which even scientists could not make even after spending billions of pennies, then can’t Thy construct these notes?

One more instance, if they love money, they can’t He take the new notes from notes printing machines directly? Can anyone stop him to do so? No! None can ever stop HIM. Then why doesn’t he do it? The answer is simple. He never lures for it. He just wants pure feelings and once you get it, HE is not far away from you.

Because God doesn’t permit these things or any sort of donations, so, the real saint also, doesn’t resort to donations at all. Instead, he encourages the masses to put their money in welfare works so that all the creatures of God can live happily and peacefully.

So, if you find one, who is taking donations and pretend to be a saint, expel him out of your list forever. He is not the right one assuredly.

Saints take birth just for the betterment of mankind. Their purpose of living is just and just to provide salvation to the souls who get clutched in the negativity and worst powers. By blessing everyone with ‘Method of Meditation’, they provide them Moksha, so that these souls never ever have to face the cycle of birth & death again.

He teaches them the right way to meet God and make them capable to attain eternal love. People who follow them get a firm way to salvation and live life peacefully.

For a true saint, God is sovereign and everything on the earth is His creature. So, they consider it, their prime responsibility to perform welfare works to the maximum, so that every single person, animals, birds, and the species can get benefitted from it. Simply think, if you save the life of a kid then how their parents, especially mother fills with gratitude for you because you have saved her child’s life. Then if you save God’s kids, then imagine how much would he love you and shower His grace upon you?

The saints make people understand its importance and become an example for everyone by performing maximum welfare works. With the guidance of Baba Ram Rahim Guru, Dera Sacha Sauda and its volunteers are carrying on 133 welfare works on a world level and all the disciples take part in these humanitarian services wholeheartedly.

Who doesn’t aspire for a peaceful and satisfactory life? Everyone wants to live in that way. But uncertain life holds an abundance of surprises for all which are not good always. The bad experiences force people to go head on wrong paths. But saints can’t ever tolerate it. To save them from ruining their lives, a true saint, bent over backward by enlightening their path and navigating towards the right.