Did you know? Tobacco alone is swallowing close to three thousand lives every day

Every year 70 lakh people worldwide and about 2739 people in India die from cancer and other diseases due to smoking and other tobacco products.

Why am I feeling so much pain is the most people’s experiences! There is a myth that a little tobacco if applied on the inside of the tooth or the jaw, immediately the pain would disappear.

However, once you do this, you get some relief from the pain, but do you know that this native recipe that reduces the pain for some time or relieves you from the sensation of pain, can give you the pain of life too. Yes, such an introduction to the redemption of pain and the person becomes addicted to tobacco for life. Baba Ram Rahim Guru Ji has initiated revolutionary reforms to rid the masses of this deadly habit. Yes, it is definitely deadly read on to believe it.

Surprising facts in medical research have revealed that long-term consumption of tobacco gives birth to cancer. Statistics show that 70 lakh people every year and 2739 people every day in India suffer from cancer and other diseases due to smoking and other tobacco products.

World Tobacco Day is celebrated on May 31 to spend awareness about this perceived harmless intoxicant. Doctors advise staying away from tobacco because tobacco is the root cause of diseases. The ‘Global Adult Tobacco Surveys’ had revealed two years ago that the consumption of smokeless tobacco in India is more than smoking. According to the survey, 42.4 percent of men, 14.2 percent women and 28.8 percent of all adults smoke or use smokeless tobacco. So in essence, more deaths are caused due to tobacco consumption than even smoking.

Tobacco intake has harmful effects on every part of the body. Smokeless tobacco causes similar side effects in either direct or indirect form. In addition to directly harming the organs of our body, the use of smokeless tobacco increases the chances of dying from a heart attack.

About 10 percent of all diseases cause tobacco use. Foundation for Smoke-Free World, a non-government organization, revealed that 7 out of every 10 smokers in the country consider smoking as a health hazard, and 53 percent have proven unsuccessful in trying to quit smoking.

They also informed that smokers have to provide such options and methods so that they can live a long and healthy life. It is estimated that more than 10.4 million people in India alone are harming their health by consuming tobacco. 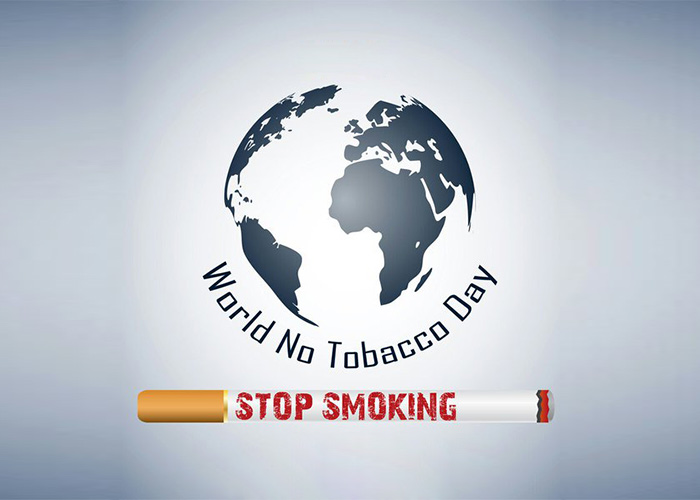 Leave smoking, it will be beneficial

Everyone knows about the damage caused by smoking. Despite this, people keep the question of their addiction to smoking addiction. One study reveals that Indians are at the forefront of smoking and one person consumes about 8 cigarettes a day. Cigarette smoke contains 200 types of harmful substances. If smoking addiction is left out, then the human body can be healthy again. Baba Ram Rahim Ji has come up with a very effective solution to this problem, where people quit smoking and every other intoxicant in just 7 days workshop.

Yes! Participants are advised to stay away from their friends who smoke and in 7 days workshop; they practice meditation, yoga along with satvic food. And with regular meditation and recitation of God’s words, they realise their true potential as a human being and quit every Intoxicant that might harm him. These camps are conducted every month end in Dera Sacha Sauda’s Sirsa Ashram.

The blood pressure of smokers is always high. After 20 minutes of drinking cigarettes, the body’s blood pressure and heartbeat become normal. Both of them increase due to nicotine when smoking cigarettes. If the habit of smoking during the time is changed, then the problem of BP can be largely controlled.

A person who has left a cigarette reduces the risk of heart attack by 50 percent within one year. Ten years later, the risk of lung cancer is halfway to cigarette smoking. So change your bad habit immediately.

By not smoking for 2-3 days, the amount of nicotine in the body starts decreasing on its own. In this way, the brain works in the right way.

After 12 hours of leaving the cigarette, the levels of carbon monoxide decreases in the body and then oxygen returns to its correct level. Carbon monoxide is a thing that is available to the body from smoking, which inhibits the flow of oxygen in the body.

Dera Sacha Sauda is a washing against drugs

Dera Sacha Sauda has always been spreading awareness about narcotics. Whether it is tobacco products such as gutka, Zarda, bidi, and cigarettes. Dera Sacha Sauda volunteers conduct awareness rallies from time to time to bring awareness among the people, apart from the De-addiction program conducted at the Ashram. Baba Ram Rahim’s appeal to the people to quit these intoxicants while attending Satsang, has a huge impact on them to quit these narcotics for good.