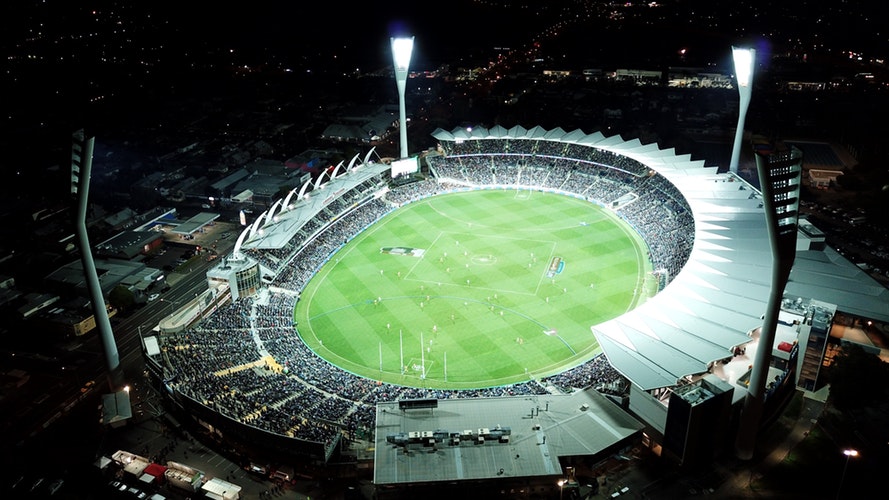 If you asked a European to explain the rules of Australian football he would probably first ask you if it existed and then just say that it was the same as rugby. Admittedly, AFL is a regional sport but that doesn’t mean that people shouldn’t be familiar with its rules. From the shape of the field, across the unique scoring system, all the way to tackling, this sport is unique as it was devised to take the best from all existing footballs and rugbies. That is why there is no real reason to deem it as exotic; as it is high time you learned the rules of Australian rules football.

Football was played on the Australian continent ever since the first white settlers arrived but it was secondary to cricket and horse racing up until the latter half of the 19th century. The first ever game of Australian football was played in 1858 and the game developed for the next half a century. At the end of WWI, there was a semi-national league in place as AFL had become the nation’s favorite sport. Today, there are 18 teams in the Australian Football League with Toyota as their sponsor and the Grand Final that is a club championship event with the highest attendance in the entire world.

The Ball and the field

The egg-shaped ball used for Australia football is not much different from the one used in rugby. It is perhaps softer and a bit more elongated at the ends, making it slightly resemble a ball used for American football. However, the field couldn’t be more different than the standard rectangular sports field. Namely, an AFL field is oval shaped and its standard size varies quite a bit. The width of the field is anywhere from 110 to 150 meters and the length can be in the range between 130 and 185 meters. The shape of the field comes from cricket fields on which Australian football was originally played and dual-purpose cricket/AFL fields still exist today.

Beside the oval shape of the field, another oddity of Australian football is the goal posts. Unlike rugby and American football, there are four posts in total, two outer ones that are lower and two inner ones that are higher. There is no other way to score but by kicking the ball through either the outer posts, which is called a “behind” and it is worth 1 point, or the inner posts, which is called a “goal” and it is worth 6 points. The unusual goal posts mean that clubs mainly order Australian made goal posts because local companies know dimensions the best. Australian companies take pride in making goal posts for their national sport, boosting the local economy in the process.

The Number of Players and Game length

There are 18 players per one team on the field during play. Such a large number of players partially accounts for the quaint design of the field and its unusual size. However, there are only 3 substitutions, like in soccer. The total game length is divided into four quarters, each of which lasts 20 minutes. There is stoppage time, so in reality, each quarter lasts longer and the entire game lasts on average some 2 hours. The game is very fluent as it stops only for a brief period when the umpire awards a free kick or a penalty.

An interesting thing about Australian football is that there is no offside, unlike soccer. There is a debate in Europe whether soccer should scrap the offside rule too, to make the game more fluent, which AFL already is. This is largely because all passing is carried out by kicking or punching the ball, instead of rushing with it. Tackling is also interesting because big or violent tackles are rare and players get less severely injured than in similar contact sports. There is virtually no protective gear, except the mouthpiece, as the attire the players wear is similar to one of the rugby players.

It is no wonder that AFL had been slowly gaining on popularity and it is today slowly make its way into Tasmania and New Zealand. Even the Chinese have expressed an interest in this Australian sport that has the potential to become Pan-Southeast Asian in the future.