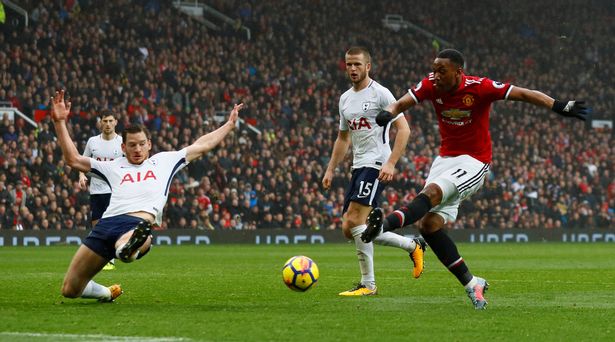 For the match against Tottenham, Manchester United coach Jose Mourinho made quite number of changes to his team that played against Yeovil Town last week.

Top of the list for the trip to Tottenham is Paul Pogba, Anthony Martial, David De Dea, Anthony Valencia, Phil Jones, marouane Fallaini all back in action after they were given rest for last week match against Yeovil town.

Much awaited for the Manchester United, Alexis Sanchez could make his Red Devils debut against Spurs,  Tottenham who will look to bounce back from a 1-1 draw with Newport County in the FA Cup and their supporter will ask more of the win in Wembley against a Star-studded Manchester United Lineup.

Harry Kane, who is currently the top scorer in Premier League will be looking to increase his tally and he was also missing from the squad when these two sides played earlier in the reverse fixture at Old Trafford where Anthony Martial’s goal secured 3 points for Red Devils.

Dropped from the list of players that played against Yeovil is Micheal Carrick, Angel Gomes.