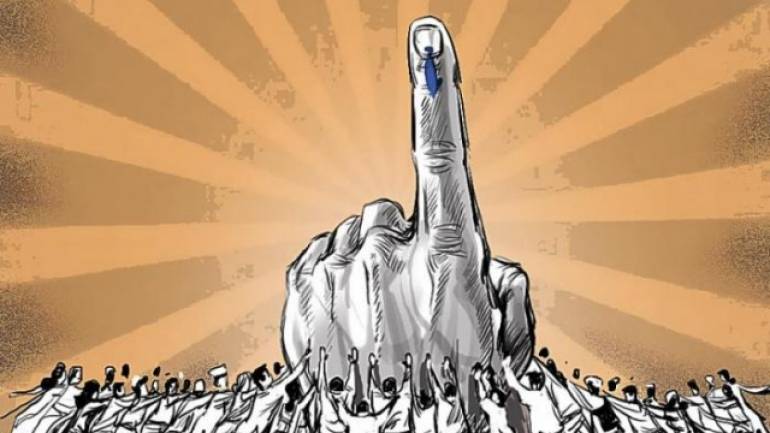 The last phase of voting for the 17th Lok Sabha is done with and now the wait is on for the big finale. This election has been very unique in many senses. Most importantly this election can be said to be the most distancing in terms of voters from its leaders. The rallies, road shows, workers’ meeting, the ruckus are proof that democracy is not so far away from the crowd. People’s words are being lost in democracy and the literal war of the senior leaders of the party has remained. In the rallies, the involvement of the common man has become minimal. Only party workers are reaching in the rallies. Workers from all other districts are called in a district rally. According to the geographical situation, many rallies include workers from three to three states, although the claim is that the crowd is from the local people. The truth is that people do not become part of any rally.

Actually, 70 years after Independence, the matter should have been reached here, that every public rally should listen to the views of the leaders and decide to vote after knowing the views of all the parties. But since people are not present, it is all a guesswork for the people who vote based on good names, castes, etc. Baba Ram Rahim Ji has made his followers aware regarding this by guiding the people to vote responsibly after knowing their candidates thoroughly.  And the followers are in fact making great changes in the way they vote. They vote based on the good work conducted by a particular candidate, even presenting an agenda to get the candidates into working for the society.

But now, the situation in any party rally is all the more grave. The discussion of issues is less and the campaign against each other is more and this is a major reason, because of which the general people have made the distance from the rallies. The Election Commission has made strict rules for ending the tricks of the parties but the parties are not ready to improve. The parties remember people only on voting day. This time elections and Manifestos have also been prepared by the Congress and the BJP too. Regional parties do not even remember that the election manifesto is also to be released.

The election campaign is one-sided, where it is mostly condemning the opposition parties. The dangerous aspect of these elections has been that the parties are going back on the old tradition of seeking votes in the name of religious issues more than ever before. Undoubtedly the age of the pro-caste is increasing but its spirit is getting weak. For this reason, people are becoming politically indifferent. Political parties have to understand the frustration of the people. Democracy cannot be just the pleas of the. Baba Ram Rahim Guru Ji warns to keep religion out of politics although nobody is hearing.