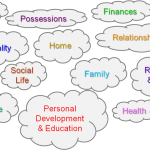 I am new to this stories site but here i am going to tell you all about my stories rather then a story this is a real time bad experience of human values.

From childhood parents teach us about morality and human values and we all try to be as good as we taught.

Sometimes we faced very difficult positions due to these teachings.

you can say that i was fighting with the bad and good attitudes towards our society but if i was doing right towards society then it is automatically have to bad for me and same if i am trying to do the things good for me then the society is not accepting the same.

Same difficult position for me when i filed a FIR against my boss.

Due to my negligence in studies i started working in Super Distributor of a MNC in 2001 and after doing job for almost 6 years i have left job because of same moral values how this is again a different story.

anyway some more incidence happened in life for almost 5 years then time changed and one of my old colleague who was on a good post in that company called me again that company for a good job.As i have good understanding with him i have accepted the offer.Company’s work was not in good condition and a lot of people shake the whole work and that time company need old guy who can rework on the things and can give good output and as i have 6 years experience so i was right choice for them.

After my joining a new manager appointed there so we can work as new team members.Technically i have seen that guy who is afraid of send a mail to someone for any work and as per our view at that time it is very difficult for him to handle the situation of that company who is doing sales of approx.5 cr daily.

Company officials put pressure on our old team members including me to teach the manager technical things and deep man management with which company can run smoothly onward.

So i and my colleague have decided to take initiative to support full to manager until he learn all man management and other technical things for running the company.

We support him as far as we can with day and night and religiously done the things so our full loyalty towards company can be proved and operations run smoothly.

Slowly with serious efforts work was on smooth way and now we have decided to leave manager to handle  the things his own way.Here leave the manager word i have used refer to stop interfere in his daily work where earlier we teach him dos and don’t.

Still he has regard for us and ask the things and take suggestions from us where he struck sometimes. Then he has done a blunder mistake and nobody was there to support him.Now i have felt ashamed of that my act which i think i should not do.

As manager was young and good looking and as a person he was also emotionally week somewhere so during work there was some sexual abusing happened to a female employee but when things come to me he has changed the things and allegation covert on the female employee.

As loyalty towards company me and my colleague has decided to support the manager again which was our big mistake and somehow we have succeed to escape him from alligations and criminal case by settlement with female employee and her family.

Here i have forget the human values and to run a company smoothly i think that was my big mistake to support him but at that time i did what was looking right.

Time spent and again people forget that case as per the human tendency and we were on the top as per the work in that MNC.This was the top of success.Manager feel regard again towards us as we have did a lot for him.

Time again changed due to some people manager has changed a lot and do rough behaviour with me i have discussed with my colleague but he was feeling same thing from him.So we have decided to remain silent and wait and watch situation but things got worst day by day.

Day comes when Manager has taken official steps against me and my colleague but as per the requirement of company my colleague has less pressure then me and i was the first victim of office politics.

Manager has complained against me to higher officials that i have not support him but as per the documentary evidences he cannot show any proofs.

As that time i felt first time bad about human values but same time i remember about that female employee which was also become victim of office politics and at that time nobody listen to her so as per the God’s law i have to reap what i have sow .

Higher officials came as per the complaint filed against me but no proofs were there so they leave me after a verbal warning. but at that time i felt that i should correct my mistake and something i have to do which can give him a lesson but that should be legal also. Sometimes i have succeeded to collect the proofs against manager where he has done the things wrong way. but somehow he also felt that persons who can support him and made a Manager can also degrade him by their technical knowledge and deep things.

So he again misguide the higher management about me and higher manager comes in office and with the help of manager and HR of the company they forcefully taken the signature on blank papers and resignation on me while it was  not legal but all employees come there for support me but when i told him the real things what they dont know then they feel angry but i have calm down all.

That was the worst experience of my life towards human values that for a person we did a lot how he can take that step toward me.Anyway after that i filed a police complaint against all managers who have done wrong with me after proper police investigation police arrest all the three managers and now they are on bail.

Now i am confused about human values what i did earlier that was a wrong step to support a person without any personal interest or to support again that person when he was not right at a place or to filed a criminal case against them when they do wrong with me.

This whole answers i am leaving to the readers wait for comments….