Home Finance How to Prevent Account Takeover Fraud in The Golden Age of eCommerce Fraud? 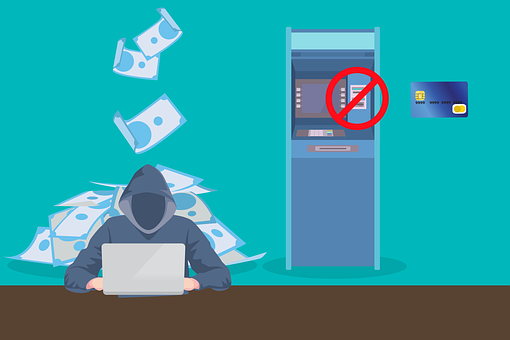 Planning for an online shopping spree this holiday season? Plan again. This year, online shoppers across the world are set to experience a new era of automated attacks. Online hackers have diversified their techniques. Some have used automation to improve old techniques like account takeover (ATO) fraud.

According to a recent study on ATO fraud, there was a 146% increase in automated fraud attacks in 2020. The same report revealed that false claims, order denials, orders never arriving, and other forms of online consumer abuse doubled in the first six months of 2021.

We’re living in the “golden age of eCommerce fraud.” It was fueled by the COVID19 pandemic and the rising waves of online shoppers. This increased fraud pressure will persist for years unless eCommerce platforms accelerate their fraud-prevention plans. How can eCommerce companies and consumers protect themselves in this era? Let’s explore.

Understanding How the Fraudsters of 2021 Work–

There’s only one way to prevent account takeover (ATO) attacks – understanding how threat actors work as early as possible. If eCommerce platforms can detect early signs of fraudulent behavior, they can kill threats and gain ascendancy against targeted fraud campaigns. First, let’s assess how the modern-day fraudster operates –

Most cyberattacks are initially planned on the Dark Web. It’s the internet’s underground economy where fraudsters trade resources and coordinate targeted plans. By resources, we mean consumer data. Where do they get consumer data? From the Deep Web. Here, tons of un-indexed data are stored in protected databases. Hackers breach these databases to steal consumer data. They may also use other techniques like phishing to access login information directly from eCommerce shoppers.

When hackers conduct data breaches, they collect lists of usernames, account details, passwords, etc., of eCommerce consumers. Hackers may sell or publicly leak these lists. Then, they start targeting the eCommerce companies that don’t have data-breach-prevention capabilities.

eCommerce companies that know how to prevent account takeover fraud instantly alert consumers to reset their passwords on time. These companies have sophisticated security tools that send alerts whenever there are data breaches. Unfortunately, not all eCommerce companies have such ATO-prevention strategies in place. Hence, they’re the leading victims of automated credential-stuffing and ATO attacks.

While launching these attacks, modern-day fraudsters will use techniques like –

Automation is the norm for modern-day hackers and eCommerce fraudsters. It should also be the norm for eCommerce platforms and online merchants. The key component of an automated fraud prevention strategy is data. To expose fraudsters who impersonate real users, companies need to use their data against them.

Any account takeover attempt can be quashed if your online platform utilizes a dynamic risk assessment engine. Thankfully, there are AI-powered eCommerce security tools that evolve just as fast as modern-day hackers. These tools incorporate behavioral analytics, device intelligence, and digital identities to conduct real-time risk assessments for all users.

As stated above, there’s only one way to prevent account takeover (ATO) attacks – understanding how threat actors work as early as possible. AI-powered ATO fraud-prevention tools can collect and evaluate hundreds of user characteristics within seconds. With such fast and accurate data assessment tools, eCommerce vendors can –

It is clear that legacy security systems don’t work, especially in an environment where ATO fraud is constantly evolving. According to a recent report, by 2025, cybercrime will cost the global economy $10.5 trillion. To fight this trillion-dollar crisis, eCommerce platforms must support modern technologies and do away with legacy security systems.

The latest ATO fraud-prevention tools take behavioral analytics, device intelligence, and digital identities into account. They can help eCommerce consumers, and platforms protect themselves in the “golden age of eCommerce fraud.”

Ashly William
Ashly William is a freelance writer, with years of experience, creating content for varied online portals. Her content is published on many national and international publications. She has expertise in writing about beauty, fashion & lifestyle.