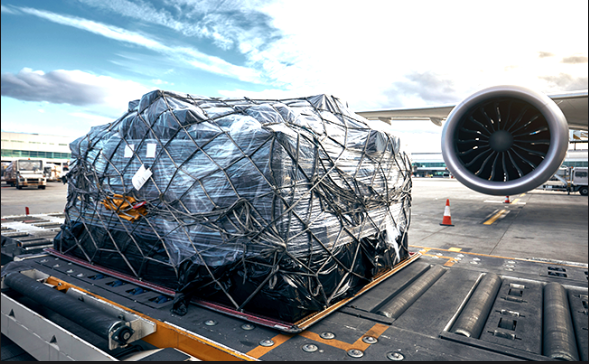 Have you ever wondered how the products you ordered from an international website arrive? The majority of the sellers let you know about tracking which further tells you if it’s a ship or a plane or maybe by road.  Ships are huge, they can carry lots of containers and trucks are cool too but what about planes?

What kind of planes carries shipments?

Do the passenger planes take all the cargo?

How huge are the cargo planes?

Do all of them carry everything all together?

So many questions! But where are the answers?!

Don’t you worry amigo! We got all your answers right here to put an end to your curiosity or maybe make you even more curious about something else… Who knows!

So we will basically discuss the different types of aircraft and what kind of shipping do they do (yes, a cargo plane “ships”).

The largest cargo plane ever that needs 6 people just to operate!

Antonov An255 was made in the 1980s in Ukraine within the Soviet Union. With the power of six turbofan engines, it has the largest wingspan any plane has ever had.

Antonov An225 is the largest cargo plane to be ever made that has the capacity to carry over 640 tons (enough to swallow a whole 747) with the biggest wingspan. It’s the cargo that carries the planes and other huge machinery like cranes that are required quickly at some certain place.

If we go in-depth, the cargo size is:

The Antonov An-255 Mriya takes all sorts of shipments depending on the orders, from general to special/high-value cargos.

Boeing 747-8 (made by Boeing Commercial Airlines in the USA) is the largest among all the 747 airplanes at the moment. Boeing 747-8 has 2 different variants as well

Boeing 747-8F carries around half of the world’s air shipments with the cargo capacity of up to 447 tons. It also takes various types of cargos depending on the demands and orders.

The Boeing 747-400F (you might know by now that the letter F is a universal term for Freight, to indicate the nature of the aircraft) is the all freight version of 747-400 that can carry almost 124 tonnes with the maximum take-off capacity of 396 tonnes. Boeing 747-800F cruise with a speed of 922 km/h with the help of 4 super-powerful engines.

The American McDonnell Douglas MD-11 is a three-engine medium to a long-range wide-body jet airliner.

McDonnell Douglas MD-11 has 3 extremely powerful engines that can make the freight up to the speed of 940 km/h and carry up to 285 tonnes making it one of the biggest air freights to ever exist.  MD-11 also carries all sorts of shipments depending on the requests and orders.

The first Lockheed L-188 Electra took off in 1957 and was the first large turboprop airliner made in the United States of America, as it had lots of flaws and faced two fatal crashes which made the manufacturers (the Lockheed Corporation) fix the design defects. Although the flaws and defects were fixed after modifications, no Lockheed L-188 Electras were ordered to be built.

The Types of Cargo Loads

As we already talked about a few of the Aircrafts. Unlike ships, Aircraft don’t have to voyage through the oceans to reach the destination so they don’t carry huge shipments of rice and other items like that. The majority of the aircraft cargo items are either on high priority or urgently needed. Let’s get into a bit of detail about what kind of cargoes do they carry.

The general cargo is usually the customer parcels and delivery from e-commerce stores that are not extremely pricey or fragile like:

And items in the related category

Special Cargo is highly valued or prioritized cargo that could include:

And a lot more, Special cargos could also include military equipment or government’s high prioritized deliveries.

So now that we solved your mystery of how your cargo gets delivered to you or when you send something to someone through air freight companies.

Madiha khan
Madiha Khan is BS in Commerce from the University Of Karachi – Pakistan. Madiha loves to read and is also a Marketing specialist at CFIPAK.