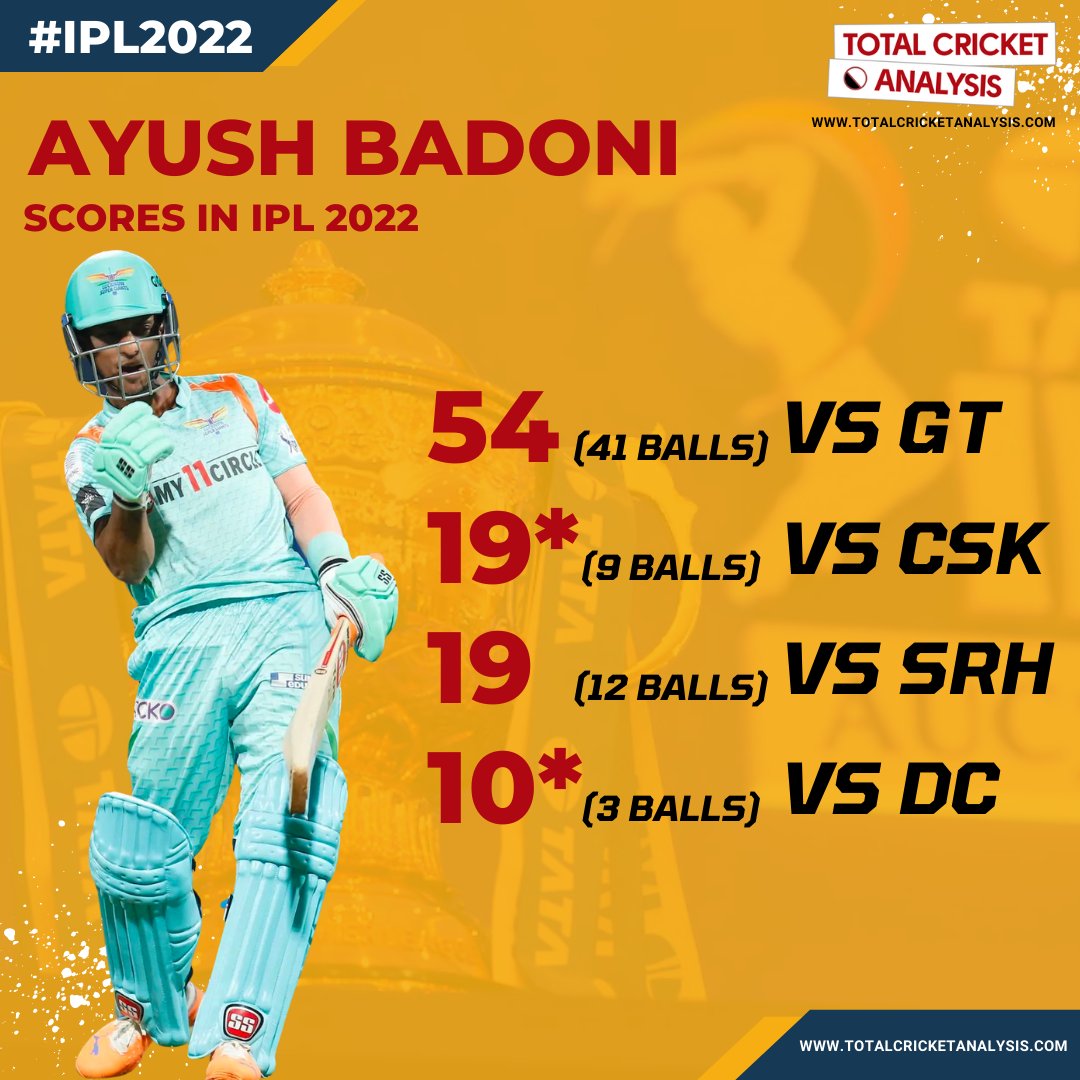 KL Rahul and Quinton de Kock got Lucknow off to a flying start, putting pressure on the Delhi spinners early on. Quinton de Kock seized the lead, with the skipper taking a back seat. After Rahul’s loss, Lucknow’s momentum faltered as they began to lose wickets at regular intervals. Apart from QDK, every other batter mistimed the ball, but it was Ayush Badoni, the diminutive powerhouse, who made sure there were no more hiccups and led his team to victory.

Ayush Badoni : The shot of the day! As per KL he is Mr.360 for us 🔥👏#AyushBadoni pic.twitter.com/oSckYttJ1u

Ayush Badoni is praised for maintaining his composure in tense situations and displaying maturity. To sum it up, it’s been a fantastic team effort thus far. Ayush Badoni concluded the game with six over covers and a breezy 3-ball 10 to win the game in a style like MS Dhoni.

Following Lucknow’s victory, Ayush Badoni was mentioned in a lot of debates. He was able to achieve a score of flawless ten, in just three balls. He ended up forming a dominant stand with a pair of fours and a six that finally lead the feat for Rising LSG with the victory.

Whoa! What a nail-biter of a game it ultimately turned out to be! Lucknow was going swimmingly at one point, but things got a little tense near the finish. However, it was the talented, young Ayush Badoni who kept his cool and ensured that his team crossed the finish line. Even though dew played a key role in the second innings, Delhi’s bowlers fought to the end.

#AyushBadoni appreciation tweet for his consistent performance as a finisher! 🤩💥

All the best for your Future BA Doni 🙌#MSDhoni • #IPL2022 • #WhistlePodu pic.twitter.com/A2vh1ymrX9

🤩They kept fielders on Deep Square Leg & Deep Fine Leg to nullify his go to “Sweep” shot. He hits 2 to “Long Off” instead..Some Cricket from Ayush Badoni.. Take a bow👏👏👏 #AyushBadoni#DCvsLSG#IPL2022 #ipl pic.twitter.com/tOvu3bmzqe

It’s important recalling that Ayush was only recently purchased for Rs 20 lakh in Lucknow. His scribing has amazed everyone despite playing only four games this season. Before this match, he had scored 19 runs against Hyderabad. He also scored 19 runs in just 9 balls against Chennai amazingly. At this point, he had hit two sixes. In the match against Gujarat, Ayush scored a half-century. He scored 54 runs with the help of 4 fours and 3 sixes.

22-year-old Ayush Badoni has been in impressive form in this year’s edition of the IPL so far.#Cricket #AyushBadoni #IrfanPathan #IPL #IPL2022 #LSG #LSGvsDC #CricTracker pic.twitter.com/yFwA1cgUkV

‘Ayush Badoni’ is the new finisher in the making.