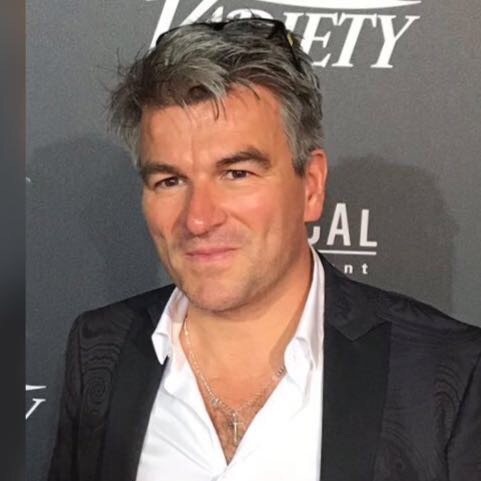 Since he left France in 1993 after graduating from Business school, Richard Lechartier spent most of his professional life in the UK; After working as Sales manager for a large Data Storage company owned by Hong Kong based Hutchinson Whampoa, He quickly step into the entrepreneurial world. First as a minority shareholder of The Genesis Corporation, a computer accessory company based in North London.

Richard Lechartier then left and co-founded AVENTI Group in the UK in 1999 where he held the position of joint-Managing Director for several years.
AVENTI Group with subsidiary in Paris quickly achieved a combined turnover of 35 Mo € in 2004 with 30 employees .
Aventi main business was to import computer and photographic accessories from Far East for distributing into Europe . Also the company Paris office had an exclusive DVD distribution business in France through a partnership with CDISCOUNT.COM ,France leading e.commerce platform.

On December 11th, 2005, AVENTI UK head offices and warehouse were completely destroyed by the Buncefield Fire, a major fire at a TOTAL UK oil storage facility in North London.
AVENTI eventually closed its UK operation due to the damages making most of the UK staff redundant. The company then concentrated its efforts in the development of the business activity in France.

AVENTI in France quickly become a major force in the home entertainment business distribution . With revenues of 20 mo€ in 2010 ,it represented amongst other labels such M6 , BAC Films,AD Vitam and E1 which were distributed in all the major French retailers .
AVENTI had a catalogue of over 4000 movies . It did release many successful movies and TV series and amongst them the 1st Season of “The walking Dead “ as part of its distribution agreement with E1.

In January 2011 ,AVENTI raised 2.5Mo€ from Paris based Investment Fund Edmond de Rothschild which became 29% shareholder of the company with Richard Lechartier remaining President of the company.

With the dramatic fall of the Video Business in 2012 , AVENTI ran into financial difficulties and had to get into a “safeguard protection” awarded by the Paris Commercial Court. In 2013 AVENTI was later sold to Marco Polo production SAS with Rothschild and Lechartier remaining shareholders through his Holding ETON INVESTMENT , both with a minority stake.

Richard Lechartier later held a position of General Manager in the newly formed Group through his UK based company Trocadero Consulting.
Marco Polo business was to distribute the movies it acquired through various channels : Video / Digital / TV.
The company was distributed by Sony Pictures for Video and was working with all French TV broadcasters . As for Digital it did several successful and sizeable transactions with platforms such as NETFLIX and AMAZON Prime .
Films like Gotti (with John Travolta), The adventurers (with Jean Reno) or Looking Glass (with Nicolas) are at the time released in the very first window on streaming platforms.

Trocadero Consulting resigned in 2018 as General Manager of Marco Polo Production in order to pursue other consulting activities in the Media activities.

Richard Lechartier holds the position of Director at ILY FILMS Limited, a UK based company , specializing in the release of feature Films in both UK and France. ILY Films will concentrate in distributing english speaking Films and will provide the optimal release for commercial and critically acclaimed films. Lechartier has signed the company first acquisition « HOLOGRAM for A KING » which will be released in France in feb 2020 ; Hologram for the King is a 35Mo Dollars comedy-drama film directed, written and co-scored by Tom Tykwer (Cloud Atlas) and starring Tom Hanks as a washed-up corporate salesman, who goes to Saudi Arabia to propose a business deal.

Richard Lechartier holds the position of at ILY FILMS Limited, a UK based company , specializing in the release of feature Films in both UK and France.