Home Others 7 Reasons Why Cats Love to Sleep So Much 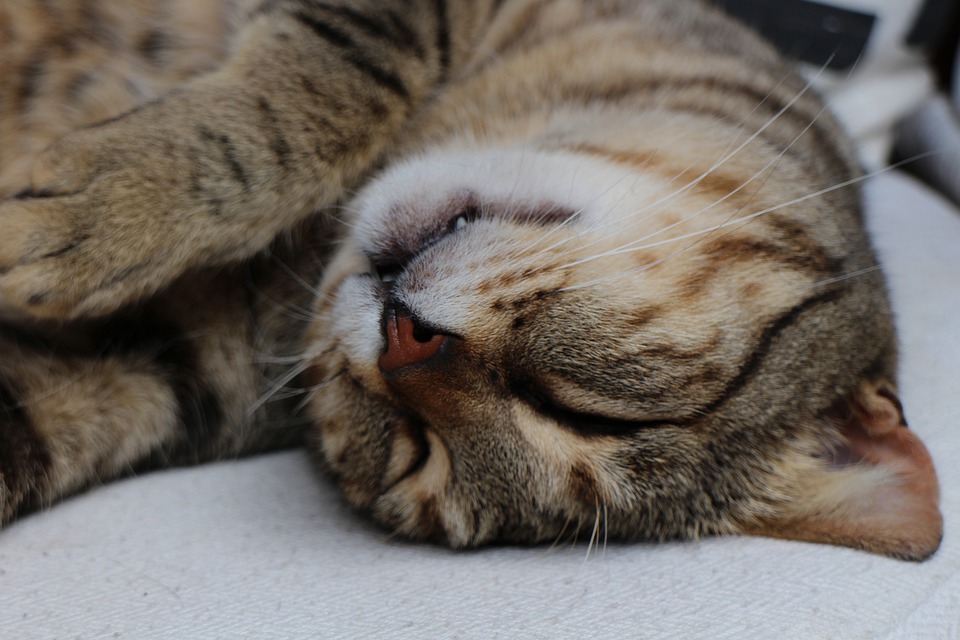 Cat behaviour is peculiar, funny and bizarre at the same time. Often, when you Google ‘cute cat pictures’, the search results include images of felines curled into tiny furballs, sleeping absolutely anywhere in unique postures. If there had been a competition in the Olympics for napping, cats would surely emerge as undisputed victors. If you have been feeling clueless regarding how those tiny creatures can sleep like a baby round the clock, then you have come to the right place. Today we will give you a sneak peek inside the lives of these sleeping fur balls.

Just like lions and tigers, cats are crepuscular which causes them to doze off during the day, and become wary at night. Although tame and domesticated, the wild streak and hunting instinct forms an integral part of cat behaviour. Yet, somehow, the art of snuggling up to their owners at night trumps the affinity for hunting. Your cat might be seen snoring softly next to you at night, even after sleeping for the whole day.

Don’t we all take small power naps in between the hours of continuous and strenuous activities? This form of sleeping is also popular by the name of ‘cat-nap’ and receives its nomenclature from your cat’s long sleeping periods. Your cat sleeps in order to gain energy and recharge their body batteries before they set out on the next prowl. You might wonder as to why they need this energy when you are the one providing her with food and other necessities. It is actually an inherent impulse and the cat behaviour retains this from their wild ancestors.

Rainy season never fails to bring out our lazy side as we roll around the couch spending the day doing absolutely nothing. The same also applies to felines who get equally affected by the soothing weather. Although this is greatly influenced by the age, breed, temperament as well as overall health of your feline, chances are high that your furball will feel extra lazy as it starts drizzling outside. This holds true even if you kitty rarely goes outside and likes spending his time curled up in a corner of your house. In such a case, we would recommend you to destress in style along with your four-legged bestie and take on the next day with renewed zeal.

This unique cat behaviour can be seen in the feisty felines especially if they wish to destress after a hectic day filled with snoring away to glory. Although their eyes are wide shut, they are perfectly awake and can pounce on the robot mouse at the very instant. After all, cats are just like human beings who never refuse a chance of chilling out be it in the form of a cosy afternoon nap or a comforting bubble bath. Since cats have the ability to regenerate their energy during sleep schedules, they can often be seen rounded up either on your lap on in their favourite corner of the house. While dozing off, the large cat breeds position their body in such a manner that they can protect themselves from all forms of predatory attacks and also jump into action whenever needed. Cats tend to experience rapid brain movements during their deep sleep schedule which lasts for a maximum of five minutes and then it goes back once again to dozing.

Cats also tend to get bored like you and me. This holds especially true when they are left alone in the house. Cats feel extremely anxious in such a scenario as they don’t have anybody to play with. This is why they tend to sleep a lot during these high anxiety phases.

You can also link this peculiar cat behaviour of excess sleeping with the kilos your furball weights on the weighing scale. Overweight cats require comparatively more energy to carry on its daily activities which in turn depletes its energy reserves real fast. Such factors can cause your cat to spend most of its time sleeping. A study conducted by the American Veterinary Health Foundation revealed that 58% of domestic cats are overweight. This problem can be solved by indulging them in mild exercise and regulating their food habits especially if they belong to the extra lazy bunch.

If your cat tends to have a low level of energy at all times, then chances are high that it is suffering from some grave health issues. Sleeping for 14-16 hours daily is considered to be normal cat behaviour provided your pet remains active for the remaining 8-10 hours even when the same is during the night. But if things tend to differ a lot from this set standard, then you need to book an appointment for your four-legged friend with the vet.

Cats remain alert even during sleep in stark contrast to humans. This helps them to act fast if potential prey makes the mistake of entering into their territory. Cats are also blessed with the ability to fall asleep whenever and wherever they fancy. The chances of your pet drowsing off increases in the aftermath of a lengthy play session or post mealtime. A mature cat also tends to fall asleep a lot often than its younger peers. In such scenarios, you can shop different cat accessories online for retaining the energy level of your purrfect friend. Although cats tend to sleep a lot during the daytime, it can even adjust their natural schedule to allow time for those lavish belly rubs and behind-the-ear scratches from its favorite human. In spite of being born with natural predatory instinct which makes them the ideal companion on those hunting escapades, cats are these really big babies with an insatiable appetite for cuddles. You can also share your insights on the same by write for us about these furry creatures.