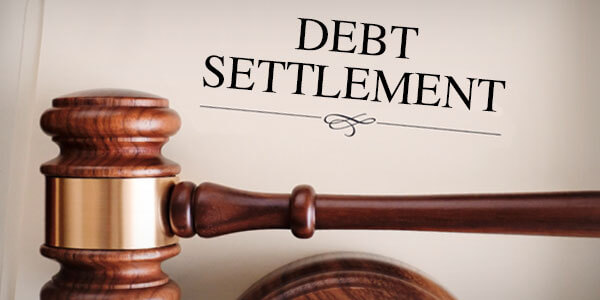 Even after trying hard and millions of times, if the debt is still getting the better of you, taking help of debt settlement might be a probable action. Settling with creditors and making them understand your problems can truly be a life-changing opportunity for you. It can easily free you from the calls of debt collectors at odd hours of the day and even take away of the weight of unpaid bills right from your shoulder. Now the primary question in your mind is whether writing debt settlement letter is the right option to consider or not. In case it is, how can you write a believable and satisfactory debt settlement letter to win against all odds? A little bit of explanation is all that you need right now.

Basics of the debt settlement:

Debt settlement is primarily an agreement between creditor and debtor. In general sense, the debt settlement related terms will allow a debtor to pay less than whatever the person holds. There are two ways to pay for the debt settlement. The borrower can either pay the amount in full and in lump sum order or they can include a payment plan. In this payment plan, the borrower will pay for the sum in monthly installments over time but there will be an established pattern to it. A date and time or every month will be allotted for the payment, which the borrower has to follow.

Help from the debt settlement firms:

When you actually need to write a letter:

A sneak peek through debt settlement reviews might answer your question. If any debt collector or creditor is looking after your case, it is quite inevitable that the creditor will settle for an amount equal to what you actually owe, along with interest rates. Your primary goal in this regard is to agree to pay less than what you actually owe.

In most cases, debt settlement letter won’t be the starting point of settlement negotiation. If you ever make the primary move by sending out a letter, the creditor can always come back to haunt you more and ask for extra bucks. On the other hand, if you send out a letter after creditor came out with an offer, you can easily beat stronger bargaining arena.

Things to add in your settlement letter:

Some wise words to settle for:

Once the offer has been made, it is time to set a timeline. This timeline is going to indicate numbers of days you want to give your creditor for a reply. Always remember to get the verdicts in writing so that the document will remain as a proof. The writing should clearly mention that the creditor agrees with the settlement you have made and will accept your new planned offer. It will also clearly mention that the creditor is pledging to consider debt, paid in full on receipt of that amount.

It is also a wise idea to ask your creditor to update the account status with the present credit reporting firms. Most importantly, you have to indicate that the account is “paid in full” or has been “closed upon request from the cardholder.” If you don’t have this terminology attached to an account, your credit score will suffer drastically.

You shouldn’t take the step of sending a settlement letter lightly. You have to be 100% sure that you can afford to pay the sum you are actually mentioning in the letter. Remember that the creditor will keep your letter as a proof. So if you fail to repay the amount mentioned in there, they can sue you big time.

It is also a clever idea to approach debt settlement process as a negotiation between you and creditor. As with any other kinds of negotiations, you don’t have to offer any more than you need for closing a deal. In case you are successful, you might have a tax liability for the amount of canceled debt. For any further question, you can check out with debt settlement lawyers for some legal help, if needed.

Marvin Power
Marvin Power is a freelance writer who has been writing for various blogs. he has previously covered an extensive range of topics in her posts, including business debt consolidation, Finance and start-ups.