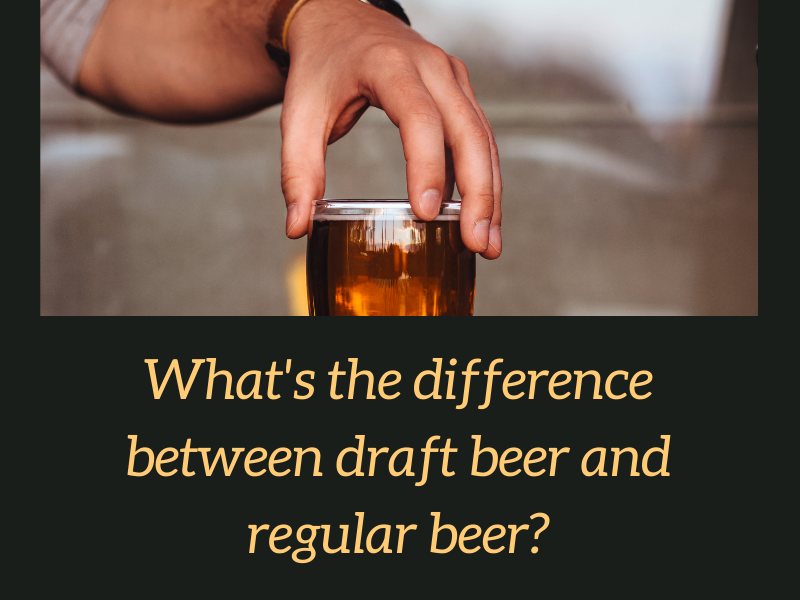 Before analyzing the differences between the two kinds of beer. Let us concentrate on what is daft beer and what is regular beer? Draft beer is also known by the name draught beer. The beers stored in kegs and barrels within a brewery are called draft beer. This kind of beer is served through the tap openings. These beers are aromatic and they have a very smooth texture. These kinds of beers are also unfiltered or unpasteurized.

One should also keep in mind that the carbon level of the beer can be changed and managed while pouring the beer into the glasses. For maintenance of such beer bars and keep the business flowing it is mandatory that one relies on equipment like a beer fob, fob so that the beer is not wasted at all.

Moving further, what is a regular beer?

Regular beer is considered to be a bottled beer. These beers do not need to be consumed within the brewery or the bar. Beers can be made in factories, unlike draft beers. These beers are easily portable and also are easily available in the grocery stores and whatnot! It is very easy for sunlight to penetrate through these beers. And this is the reason why these beers are not so aromatic or rich in flavor as draft beers are. And especially when the beer is light-colored.

These are the main differences between the draft and regular beer. Beer is considered and known to be the oldest and most consumed alcoholic beverage. For a fact, it is the third most consumed liquid beverage around the world. Beers have different flavors and each beer is stored differently.

Regular beers are usually stored in dark-colored bottles. And can be found in many local bars and restaurants and grocery shops. These beers are easily portable and can be carried away easily. And these are also sterilized as hygiene plays a vital role in alcohol consumption.

Beer Fob
Beer fob is renowned high-tech Draught Foam Control device (Beer FOBs), the DFC 9500, stops beer flow immediately after a keg empties, both at the key and the tap.