Home Entertainment 10 Exciting facts about Tollywood that you Should Know 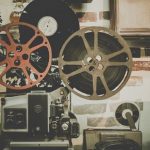 Here are ten things that you did not know about Tollywood.

India and movies have a deep connection. The films in this country are pretty impressive. The best part about movies in India is that they have an enthralling storyline. You will also enjoy listening to melodious music with foot-tapping lyrics and beats. Bollywood is one of the famous movie industries in the whole world.

Unfortunately, not many people know about Tollywood, Kollywood, and Mollywood. These are big movie industries similar to that of Bollywood. Telugu industry or Tollywood releases a lot of movies every year. Many people in Andhra and Telangana states check for Telugu movie news latest.

Here are some interesting facts about Tollywood:

Tollywood is the name given to the Telugu cinema industry. Hollywood and later Bollywood (Hindi cinema industry) inspired this name. But, interestingly, there are two movie industries in India by the name of Tollywood— Telugu, and Bengali movie industries. One can get in confusion if they do not know this fact. Both these industries produce some of the best films in the country, providing a livelihood to thousands of people.

Tollywood or Telugu film industry is the most significant industry in India as they make more movies than all the cinema industries in this country. The best part is that they also generate a lot of revenue.

It is also a fact that the Telugu industry has the largest production facility in the world. No other industry even comes close to this achievement. Guinness Book of Records did record this fact. But, one should note that this is not the only record that was in Guinness Book. So many other similar records are now part of the Guinness Book from this particular industry.

First, in the Telugu Industry:

It is the Telugu Movie Bahubali that became the biggest blockbuster movie in the country. Telugu director Rajamouli did direct this movie, and the story deals with friction between two brothers that want to inherit the throne. This movie came out in theatres during 2015 and was a massive success across pan-India.

The Telugu audience loves movies and movie stars so much that one of the biggest actors in Telugu even became the chief minister of Andhra Pradesh. He did win elections thrice to occupy this highest government position in Andhra Pradesh.

Nandamuri Taraka Rama Rao’s movie ‘ Daana Veera Soora Karna,’ is the lengthiest movie in the Telugu Industry. The total length of the film is around 4 hours, 17 minutes in which N.T. Rama Rao appears on the screen for more than 4 hours. Now, this is a vital record for the actor and the Telugu industry.

In south India, actors or protagonists of the movies have so much fame than one can ever imagine. People worship the posters of their favorite stars. They make huge cut-outs of the celebrities and worship the same with massive garlands and milk.

People also build temples for their favorite actors and actresses. These celebrities not only earn a good income but also make a good name and reputation.

As a result, other people from the actor’s family, such as brothers, sisters, grandsons, nephews, and niece, can also come and join the industry with ease.

When it comes to Indian movies, things are quite different than what you see in the west. Here, people love songs and music. In western movies, people give a lot of prominence to the story. But, in South Indian movies, the actors and actresses must dance to melodious music.

Now, all of these can happen when there is a situation in the plot, while people from other countries may not understand this concept — people in India love and desire for these things when they go to a movie.

One of the first things that they check in the Telugu movie news latest is if the songs and dance sequels are good apart from the storyline.

Most people that are living in Andhra Pradesh, Telangana, Tamil Nadu, Karnataka, and Malayalam love movies. They love to read and watch news about celebrities or the actors that act in the film.

They can talk at length about movies and celebrities in social gatherings and with friends. These celebrities become an integral part of the movie-goer’s lives without their knowledge.

Chamsi Pirson
Chamsi Pirson is a freelance content writer and writes for a variety of online publications. he actively writes blogs and articles related to technology, business, fashion, lifestyle, fitness and much more. When he's not working, he likes to cook, d