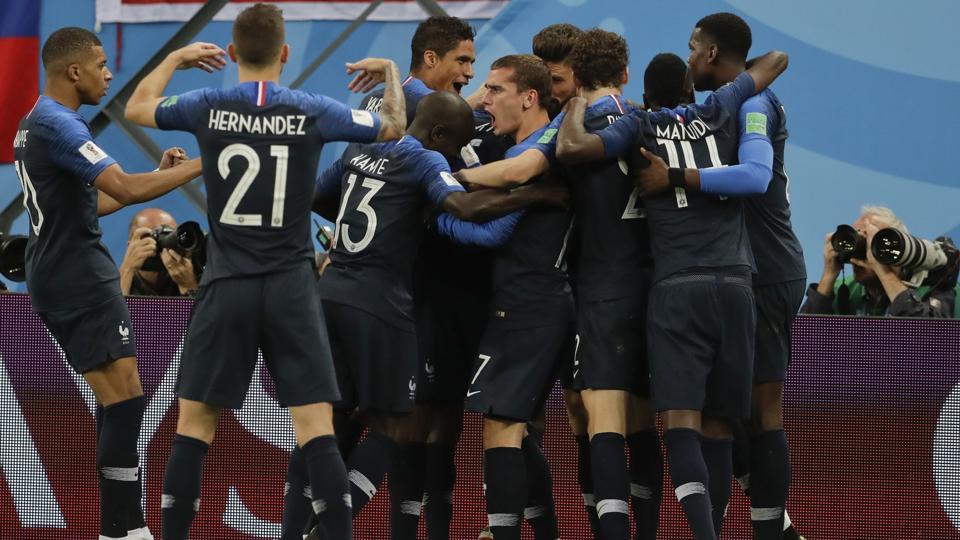 France beat Belgium 1-0 in the first semi-final of the 2018 World Cup at the St Petersburg Stadium on Tuesday and make their way to final. The first half over goalless with both the teams having chances. Belgium players pushed hard towards the end but France kept them at bay. Samuel Umtiti’s goal in the 51st minute books their place in the world cup final. This team will face either England or Croatia in the world cup final on Sunday at Moscow’s Luzhniki Stadium.

Congratulations to Albert Steptoe and France on getting through to the World Cup Final #France #WorldCup2018 pic.twitter.com/l0CLbv95Yj

Mbappé will grab the headlines, but, Blaise Matuidi!! An absolute monster! France’s return to solidity has coincided with his recall, phenomenal!

Do you hear the people sing?
Singing the songs of happy men?
It’s the music of the people
Who will bring the Cup again!

I feel like a France-England final would be fun, right? #WorldCup2018 #congrats #France

If France wins the #WorldCup2018 I will name my boy Zidane.

France beat Belgium, and earn the right to finish runners up to #ENG in the #WorldCup final. What an achievement.

The only reason I want France to win the #WorldCup.#FRABEL pic.twitter.com/DDq66Scxh4

.@samumtiti may be too shy to show us his dance moves, but he does tell us who the best dancer on France is. Watch the interview with the #FRABEL #ManoftheMatch. #WorldCup pic.twitter.com/wgMqua6poA