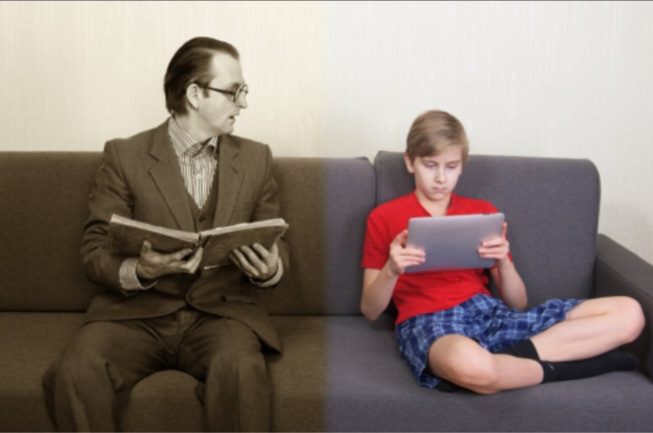 Let’s look back at the ‘Gap’ of the previous generation with those who were born in the nineties, as teenagers. The generation of parents then believed in the path paved with experience and familiarity. Seventeen-year-olds, on the other hand, chose to take risks and explore new paths at every turn. And there was a heated conflict!!! Because of the age difference, parents felt that conservatism was the right way to protect the next generation from doing any mistakes, and in this way, the new generation gap can be taught life lessons. At the same time, that conservatism would suffocate the new generation one by one.  As a result, there would be intense clashes and deep rifts.

Let’s come back to the current generation of parents and their children’s relationships. Now parents are more friends than guardians. This change is extremely positive. At that time the role of a maternal or paternal aunt, uncle, etc. used to be important in the life of a child along with the parents in the joint family. They became the friends of those children.  Sometimes the neighborhood brothers and sisters were added to that list. As a result, there was always a parent-related seriousness and strictness inside the parents. But now in this micro-family era, the family structure has changed. Parents are now becoming their mentors in the place of authoritarian parenting decades ago. As a result, they are able to focus on the overall development of the child as well as the relationship with the child. But in spite of that, the difference is being made according to the rules of time. Many parents do not understand why a boy or a girl who has spoken openly a few days ago, is getting wrapped up. Since the relationship between parents and children is much easier and more open now, there is a growing sense of parental authority over the child. Parents think, “I am their friend. I will not scold them. Then why don’t they tell me everything?” That’s where the cold war with the child begins. Even though everyone is having dinner together, the child is huddled inside his phone or in his favorite graphic novel. 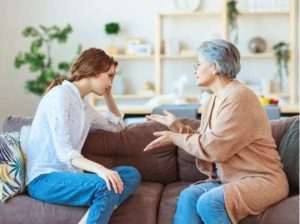 What are the causes of the current generation gap???

The world is in the hands of today’s children and teenagers!!! As smart as they are, so are the age ratios. In some cases, they are even ahead of their parents in the use of technology. And with the use of the Internet and Technology, the society and culture around us are changing in a subtle way. Words like ‘troll’, and ‘BTS Army’ are entering the conversation. With the help of YouTube, they are getting to know various things. Education is also going on online.  As a result, a hidden difference is being created between parents and children due to that technology. When a 17-year-old boy smiles a lot when he sees a meme on the internet, his parents may not realize what is there to laugh so much at that meme thing. The generation gap created by this technology has severely damaged the relationship between grandparents and grandchildren. The two worlds have become very different.

One thing to keep in mind is that the society of a given time is constantly flowing and changing. As a result, there will be major changes in social thinking and culture over time. That change will create a generation gap. If this is acceptable to the parents, then the distance with the child will not be created. The values ​​of the next generation will naturally differ from the values ​​of the time when you grew up and this is something that does not come to mind in many cases. From there, the proper bonding between children and parents began to cranky.

“Who called? Who are you going out with?  Don’t your friend Shreya has a boyfriend?” You may be asking a lot of other questions like this as a friend, but after a while, your child will feel that you are not respecting his personal range. Sometimes implicit judgment and prohibition are hidden in these questions. The sensitive teenager understands that, so the distance gradually increases.

From the moment a child is born, a pattern is formed in the minds of parents for their children to grow up. When a child wants to make a career or study decision on their own after a certain age, in most cases the parents become anxious. By scolding or persuading, they want to bring the child back on their way. As a result, dissatisfaction is created inside the child.

Ways to reduce the generation gap???

Parents have an idea that since they already have passed the age of their child which is ongoing at present, they know what the child is thinking or can think. This one-sided thinking needs to be changed. Almost a decade has passed between the parents and their child’s adolescence. So, think open-minded.

Let the child talk. Do not impose your opinion at the beginning of the speech. Listen to him with your clear mind, and try to understand exactly how he thinks. Then you give your opinion. Remember, if you can come to a middle ground through the discussion, your child’s understanding of you will gradually improve. If you feel bad about the behavior of the child, explain it to him.  At the same time, try to find the source of his bad behavior.

It is important to tell your child that you love him or her unconditionally. Love can shorten the distance created at any time. However, make sure that it does not become an unnecessary indulgence.

The generation gap is inevitable and changeable. But if you control your emotions and think logically, they will no longer affect you.

I'm Dr. Tulika Sarkar from Kolkata, West Bengal. I want to spread the sort of unknown hidden treasure of knowledges. I'm an experienced writer whose writings have been published on Nblik app, magazine and anthologies.