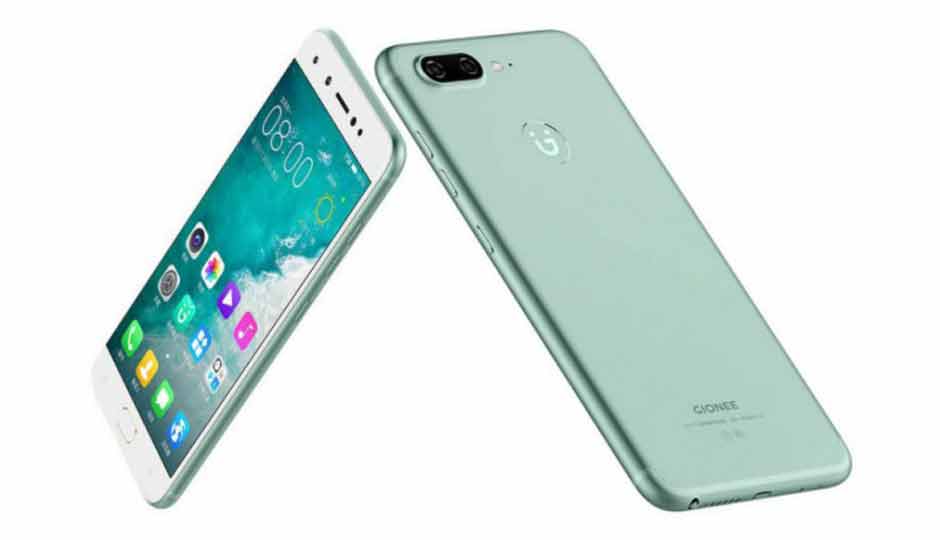 In the last couple of years, the smartphone has been a trend, and now there is hardly anyone who does not like to go for the smartphone. In the market, there are a lot of companies available in the field of production and sales of smartphones, which can confuse a buyer while selecting a device. Some new companies also have entered into the market, and among all these new players one of the company is Gionee. The company is doubtlessly new in the market, but with the help of its branding, it has created a base where the smartphone lovers keep an eye on the models launched by the company.

Gionee is a Chinese company which deals in manufacturing of Smartphones. The company has itsheadquarters in Shenzhen Guangdong. The brand which was established in the year 2002 is considered as one of the largest manufacturers of the smartphones in China. The brand has also expanded its foot in other regions such as Taiwan, Nepal, Bangladesh, Vietnam, Myanmar, Philippines, Thailand, and India.

Gionee has ventured into the Indian market quite recently, and in a short span of time, it took the market by storm. It also plans to make come up with a manufacturing plant of its own in India. Gionee even launched it’s very first made in India Smartphone in August 2016 with F103 model. The Indian model was manufactured at Foxconn plant, which was located at Sricity in Andhra Pradesh. The brand also introduced its S6 Pro on 30th September 2016, which was Gionee’s first VR ready Smartphone powered by Octa-core MediaTek MT6755 processor.

After successfully launching many smartphones, the brand is all set to unveil its latest phone Gionee S10 on 5th September 2017. Owing to an outstanding performance by the previous phones, the expectations from the new device has increased even before the launch.

One can check the specifications, features, and price of the phone provided here:

The device flaunts a 5.5-inch capacitive LCD touchscreen with 16M colours. The screen resolution of the device is 1080 x 1920 pixels with 401 pixels per density. It responds quite well to multi-touch. The device dimensions are 155 x 76.8 x 7.4 mm. It weighs around 178 grams which make it a heavy phone in comparison to others. Hence for the standard users, there is a better experience of the device which they are used to. It has better resolution that can help the user have a better view of images as well as documents.

The Gionee S10 offers huge colour options with Primrose green, cherry gold, indigo blue and dark black. The colour variants are different from the conventional ones which is yet another attraction of the device. Hence those who want something fancy can surely go for this device.

The Gionee S10 is packed with brilliant software which enables amazing performance of the phone. The device runs on Android version 7.0 Nougat which is the latest Android version available. The chipset consists of Mediatek MT6757T Helio P25 along with Octacore 4x 2.5 GHz Cortex- A53 & 4×1.4 GHz Cortex- A53 processor. Those who want to have a device with the latest version of Android can surely check this device.

The camera plays a key role in influencing the buying decision. A smartphone with the good camera has become a mandatory feature of the phone. The Gionee S10 impresses on the camera front as well. In fact, the camera of the phone is one of the outstanding features of the device. Due to the camera result only, it is the best option for the selfie lovers. Those who want to go for the video clips and shooting can also go for this device as it offers the best results for the video shooting lovers.

Gionee S10 offers a dual camera for both front and rear camera. The device packs a 16MP + 8MP primary camera with autofocus; dual tone LED flash and phase detection. It offers an equally amazing front camera with 20 MP + 8 MP. It offers video recording at 1080 @ 30 fps. The other features of the phone consist of touch focus, HDR, geo-tagging, face detection and Panorama. The extra features of the camera make the device useful than many other models in the market from rivals.

The Gionee S10 offers a 64 GB of internal memory with a 6GB RAM which enhances the efficiency of the phone. The memory on this device can be further expanded up to 256 GB with the help of micro SD card.

It is powered by a non-removable Li-ion 3450 mAh battery which offers long endurance.

This beautiful device is also equipped with multiple sensors such as Fingerprint sensor, proximity sensor, compass, and accelerometer.

The Gionee s10 price in India is estimated to be Rs25000, which positions the phone in a higher segment. The device might experience some competition from Samsung and OnePlus models at the given segment.

The Gionee S10 is a must buy for its brilliant camera, powerful battery backup, excellent storage and great configuration. The device will face only limited competition in the higher segment and has good chances of being a game changer. The massive battery allows using the phone without worrying about the frequent charging. However, the Hybrid SIM socket might work as a demerit for some people as it allows either of two options, dual SIM or single SIM with a memory card.

The huge internal storage and highest RAM are one of the most prominent features of the device. The non-removable battery might also be a glitch for some. Overall, the device seems promising with its splendid looks and features, but only time will decide the fate of the phone, so we have to wait till the launch of the Gionee S10 in the open market.

Angela John
Angela John is working as a Content Strategist. She is a Beauty Blogger, health Blogger and public speaker. Her goal is to educate people about various health conditions, beauty, wedding events and the top tips and tricks. She is a passionate writer with the vision to guide people about latest trends in these categories.