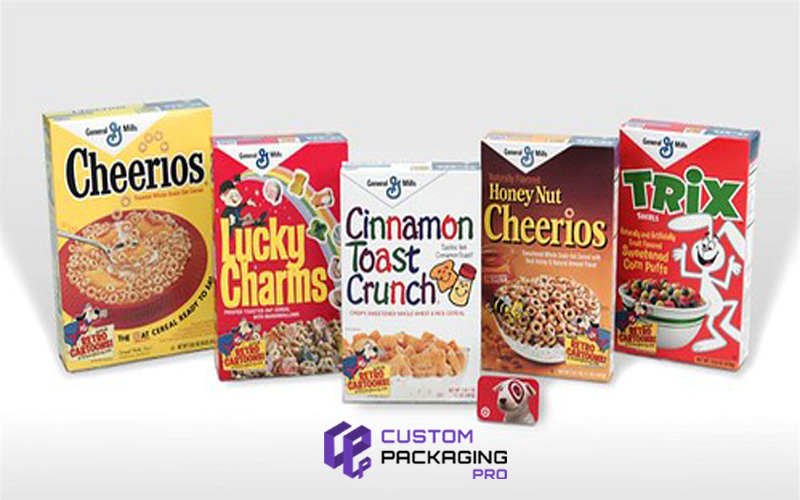 The history of cereal boxes is closely tied with cereals that emerged as healthy food and later on became a convenient breakfast for a busy lifestyle. The humble box for cereal went through a very great deal of evolution until it has found its profound place on the modern breakfast table.

At the turn of the 18th century when the Christian church deemed meat consumption to be harmful to the body and the soul and people were resorting to diets that evaded animals. The first cereal was made in 1863 in the United States by James C. Jackson. He named it Granula. One drawback this product had was that it had to be soaked overnight until it was ready to be consumed the next morning.

It was in 1894 when a Physician in Michigan named John Harvey Kelloggs invented the modern cereals when he was experimenting with the dietary plan at Black Creek Sanatorium. He introduced this diet as a health product but his brother Will Keith Kellogg cleverly ditched the healthy diet idea and reintroduced it as a convenient diet. The idea took off and Kelloggs Company came into existence. Soon Cereal manufacturing became an industry as other companies jumped in and made their version of cereals to gain the market share worldwide. At the same time, every box for cereal made by different companies also went through transformations and evolved into what we see on our breakfast table today.

The Early 1900s – The Cereal Boxes were Gaining Traction

Will Keith Kellogs now had figured out flaked cereals with a unique eatable texture as a food. They named it corn flakes. The later Kelloggs descendants’ added sugar to the product and it was marketed. One great marketing move that was made at that time was that it included the first incentivized prize that came out of the box when you opened the packaging.

The era Between the 1930s to 1960s is certainly the one when the cereal boxes were shaped from the sales point of view as the big cereal makers experimented with their clever ideas and marketing gimmicks. The first cartoon character was invented and shown on the big screen. It was from the Walt Disney studios and everyone knows it by the name of Mickey Mouse. When other cartons characters were sketched out by other studios they started to appear on cereal boxes as Mickey Mouse gave its debut on a cereal box and was successful.

Other changes that took place on the custom cereal packaging were the organization of the information and better use of the real state on the boxes. Brands started to establish their distinct identity and other than displaying characters, some companies displayed illustrations to attract more customers.

The 1970s to 1980s – Cultural Reflection on Custom Packaging

In the 70s changes took place in terms of font faces and pop culture images or illustrations finding their way on the cereal boxes. The promotional campaigns related to the appearance of the boxes started to incline more towards Hollywood movies and Television. Moreover, nutritional information started popping up on the packages informing consumers what they were buying. It was something that engaged the designers of cereal boxes for years.

The 1990s till Present – Simplicity and Minimalism

As with many kinds of packaging, the custom boxes also became the target of minimalism and simplification in their design and the graphics including the information they displayed. There is a more clever use of white space and there is only necessary information making the boxes more clean and sleek.

The history of the evolution of the cereal boxes give us the indications of how the customer psyche and the market changed over the years obliging the packaging and the product to change with it.

Mary Alizabeth
Mary Elizabeth is a dedicated and accomplished content writer, the very best in the field of business and the marketing advertisement. He writes promotional content for a variety of businesses and exclusively helps the startup businesses, especially