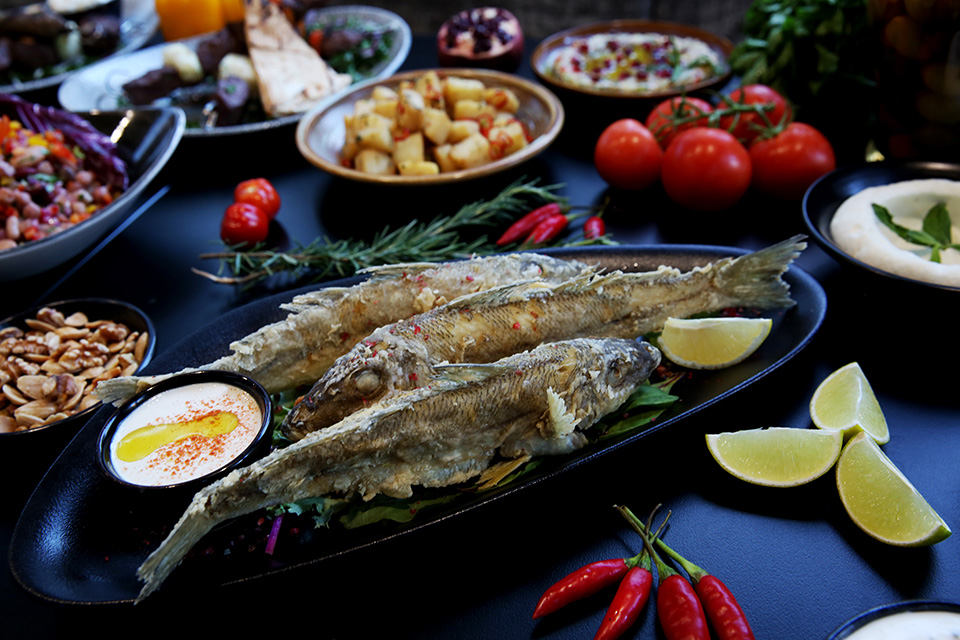 In this article, we’ll explore what grains are as well as what foods that fall under the grain family are most present and integral to Lebanese cuisine.

As mentioned before, grains are not properly understood by many people. While it is correct that buckwheat and quinoa are considered grains, they also are not the only types of foods to fall under the umbrella of grains.

A grain is a small, hard, dry seed with or without a fruit layer. A grain crop is a grain-producing plant. There are two commercial grain crips: cereals and legumes. Lebanese cuisine utilizes grains from both categories in many of its dishes.

4 grains that you can find in Lebanese food

Burghul is a Persian word for ‘bruised grain’ and is part of the grain-cereal family. It should not be confused with the uncooked cracked wheat Burghul is pre-cooked by either being steamed or parboiled, dried, and ground.

The grain is light and nutty with a firm but chewy texture. It is available in a fine, medium, coarse, or extra-coarse grind. You can find burghul in several Lebanese dishes. It is used in the outer shell of kibbeh and is soaked (not cooked) and added to tabouli.

Burghul can be used in most dishes that call for rice and is used throughout Middle Eastern cuisine. It can also be substituted for rice in mujaddara.

Surprising to many is the inclusion of chickpeas as a grain. Chickpeas fall under the grain-legumes family and are integral to many dishes in the Lebanese and Middle Eastern cuisines. Chickpeas are usually sold dried and must be boiled before being added to dishes.

Chickpeas make up some of the most popular dishes in Lebanese cuisine. It is the primary ingredient in hummus and one of the main ingredients in balela salad.

Another surprising inclusion to this list is fava beans. Fava beans also fall under the grain – legumes family is common in several Lebanese and Middle Eastern dishes. Fava beans or broad beans are an excellent source of vitamins and protein. Fava beans are meaty in texture and quite buttery. It serves as a hearty main ingredient for Lebanese dishes.

You can find fava beans in ful medames, a bean stew full of spices, onion, garlic, and lemon juice that is commonly eaten for breakfast. Fava beans are also the primary ingredient in falafel – a fact that many people don’t realize!

Fasolia beans are a red bean variety commonly used in stews. Much like broad beans, red kidney beans are extremely meaty and hearty, making them the perfect bean variety to be used in comforting stews.

You can find white kidney beans in Lebanese fasolia bi lahme, a white bean, and meat stew. These beans are also used in fasolia wa Roz, a vegetable and protein stew that is made by simmering beans and vegetables in a garlic, tomato sauce. It is served on a bed of white rice.

Do you want Lebanese takeaway? In the mood for some of the dishes we mentioned?

Check out Zahli Modern Middle Eastern. They don’t only serve the best and most authentic Lebanese food in Sydney but they offer something for everyone. The restaurant combines authentic ingredients with modern techniques and signature twists, giving you a taste of the best that Lebanon has to offer.

If you’re in search of knafeh or, just a delicious Middle-Eastern feast, then, try one of the best Middle Eastern and Lebanese restaurants in Surry Hills and Sydney – Zahli Modern Middle Eastern. They don’t only serve the best Lebanese food but, they offer something for everyone. With many traditional and authentic meal options, a fantastic knafeh and other desserts as well as a lively and family-friendly ambiance, you’re sure to be content if you select Zahli

Reserve a table at a Lebanese restaurant!

Wondering where you can find these amazing Lebanese dishes and more? Check out Zahli Modern Middle Eastern. They don’t only serve the best and most authentic Lebanese food but they offer something for everyone. The restaurant is a perfect example of a great Sydney restaurant that has remained popular over the years and stayed a staple in many Sydneysiders lives.

The choice is yours. Want to indulge in the best traditional Middle Eastern/Lebanese food in Sydney CBD? Visit a Lebanese restaurant the next time you want to sit back, relax and enjoy the experience.

Hy, my name is Penelope and I am an independent writer and love to write about travel and foods, including various restaurants related contents mainly focusing on Lebanese middle eastern foods and restaurants.

What is Black Salt And Its Use...

Appealing Factors for the Japa...