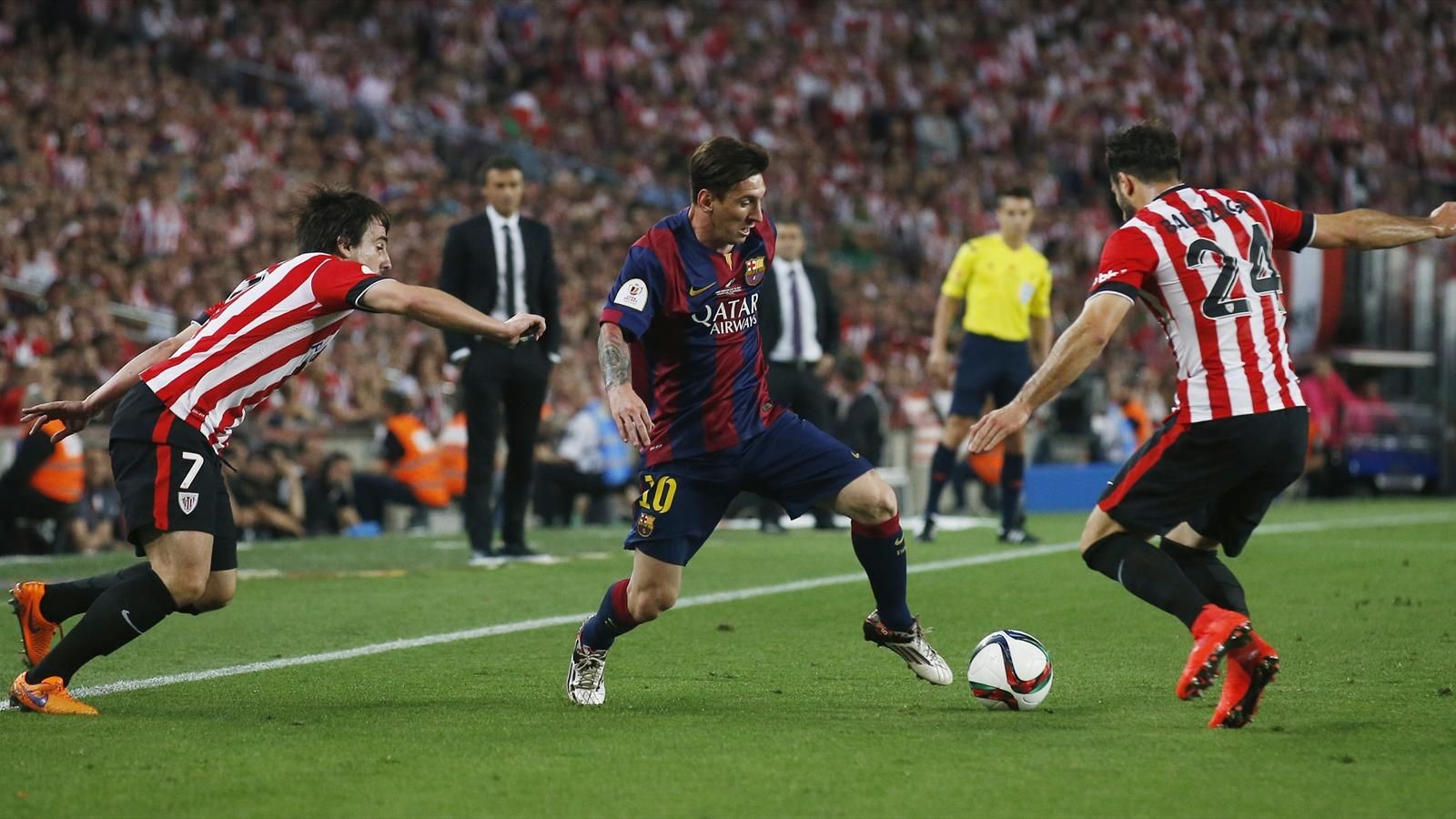 For a Barcelona fan, there’s no celebration bigger than Lionel Messi staying. After all the drama and the Messi-Exit fiasco, his decision is final and the ray of hope is shining bright on Barca once again.

As the clouds clear out, it’s time we look back at the most memorable moments that the GOAT produced for FC Barcelona. FootTheBall revisits the top five illustrious highlights of his career so far.

A moment of magic that no true Barcelona fan can forget. Lionel Messi put up a jaw-dropping display that had us all staring our television sets, in awe of this magician. The maestro from Argentina managed to save Barcelona, all with just one perfect touch.

Barcelona and Real Madrid were contesting a cut-throat La Liga campaign with Zinedine Zidane’s side sitting three points above Barca on top of the league table. Messi canceled Casemiro’s opener to end the first half on level terms. He made an intelligent run, reading the situation of the game, to collect Ivan Rakitic’s cut-back pass outside the 18-yard box. He maintained his composure to fend off pressure from Luka Modric and dribbled past Daniel Carvajal to make it one-one.

Real Madrid looked certain to maintain the three-point gap with a game in hand. Lionel Messi, however, had other plans. While Sergi Roberto was the workhorse for this move, Messi’s shrewd movement to slyly find the space in behind Madrid’s defense earned him a brace. A single-touch left-footed strike squeezed past the near post and Keylor Navas couldn’t do anything about it.

Messi made this unforgettable moment even more iconic with his “shirt” celebration. The message was subtle. You may never see anything like him ever in the world of football. There was no time for Real Madrid to reply as the match ended in a three-two victory for Barcelona.

If you want to know Messi is considered the greatest of all time, you have got to see his witchcraft when he single-handedly rips defenders apart. The Copa Del Rey finals of 2015 against Athletic Bilbao is a fitting example. One of the most iconic goals scored by Messi, this is often deemed the “Impossible One”.

20 minutes into the game and Messi broke Bilbao’s defense in a single move. He collected a pass from Dani Alves on the right flank at the hallway line. The little magician accelerated with three defenders closing him down at the touchline.

Well, that is what they believed they were doing!

Messi feinted to move past the first marker. There was definitely a nutmeg to beat the second defender and a heavy touch to outrun the third marker to enter the box. Just when Bilbao thought they had locked Messi in a tight angle, the Argentine switched on his stronger foot as he rounded another defender inside the box to find the perfect space for a near-post finish.

Is there anything this guy can’t do?

The club’s treble season could not have had a better ending had it not been for Messi leading the Catalans to their third European crown. In a two-nil win over Manchester United, Messi had scored one of his unusual, yet beautiful goals of all time.

Barcelona had taken the lead in the game with a goal by Samuel Eto’o. A one-goal cushion was, however, not safe to contain Sir Alex’s Manchester United. Messi came to Barcelona’s rescue.

In a tempting cross whipped into the box by Xavi, Messi jumped a whopping 1.04 meters off the ground, to a height of 2.74 meters where his headed the ball with precision to put the ball in the back of the net.

And yeah, you got it right. It was Edwin Van Der Saar shielding Manchester United’s goal!

Hattrick in the first El Clasico

It was Frank Rijkaard against Fabio Capello in the year 2007 and a 19-year old Lionel Messi announced his name on the biggest stage of Spanish football.

Messi’s first goal arrived from a defensive error. Real Madrid’s poor clearance gave Messi oceans of space to collect the ball right outside the box in the right half-space. He dodged Iker Casillas to place the ball in the bottom left corner of the goal.

His second goal resulted from the second-ball. Ronaldinho’s shot was saved by Casillas. Messi reacted in a jiffy to force the ball straight into the roof of the net. His ability to read the situation and make himself available at the right position is innate.

The third goal was a classic “Messi” strike as we all call it now. He received a pass in the central zone, 30-yards out from the goal. Messi wasted no time to dribble diagonally on the left side, drifted away from his marker to get a clear vision of the goal and slotted the ball in the opposite bottom corner.

The match ended in a thrilling three-all draw.

The fifth most memorable memory of Messi’s feat in the Blaugrana colours is his five-goal rampage against Bayer Leverkusen in the year 2015.

Lionel Messi became the first player to net the ball five times in a UEFA Champions League game. Barcelona won the match by seven goals to one.

Leo’s first goal exemplified his creativity astute ball-control. Operating in the central channel, Messi exerted extreme pressure on Leverkusen’s defensive line. He exploited the space in behind to collect a long-pass and comfortably chipped the ball over the goalkeeper, leaving him flat-footed.

His second goal saw him inverting inside at the border of the box as he dribbled laterally to create space through the Leverkusen defense for a perfect shot. To be precise, there were five defenders inside the box.

He completed his hattrick emulating his opening goal, this time from the right half-space. Cesc Fabregas lofted the ball over Leverkusen’s defense and Messi completed the task with aplomb.

Number four was an error from the goalkeeper which allowed Messi to squeeze the ball from the tightest angle possible. He finished off in style after collecting the ball in his habitat as a “playmaker” for goal number five. He found space outside the box with five defenders inside the box and took a touch to move a yard closer to the goal before pulling the trigger for a bottom-left corner finish. 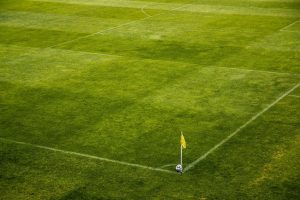 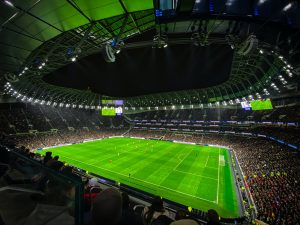 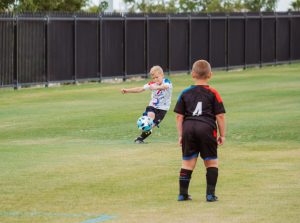