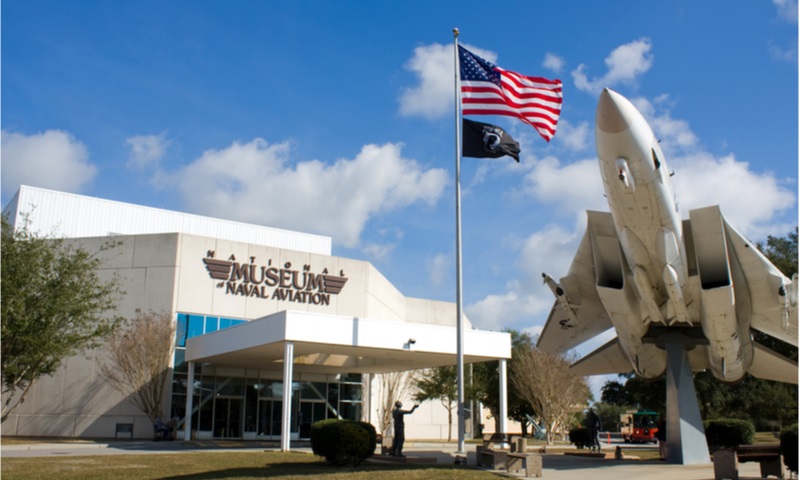 Since the dawn of time, man has dreamt of taking flight. The annals of history are filled with tales of men who devised ingenious flying contraptions, as a way to escape not only the bonds imposed on them by men but those imposed by nature. This innate desire to fly can be found in the legends of many cultures and peoples, as if to foreshadow the soaring heights of innovation that were to come.

As science advanced further, these dreams slowly began to take shape in the form of gliders worn on one’s back, which could carry the wearer to a safe landing when launched off of a cliff or high building. Although many would perish in building and testing these devices, these setbacks only served to further pique the interest of innovators and daredevils alike.

With the Wright Brothers’ invention of the first powered aircraft, this dream finally became a reality. After centuries of trial and error in search of a design for a viable flying machine, mankind had finally broken the barrier that held them back from taking to the skies.

As aircraft advanced in complexity and utility, their usefulness in warfare soon became apparent. Initially used for reconnaissance, they soon became known by foot soldiers as dreadful harbingers of death, used primarily to drop bombs and wage war in the skies high above the front lines. But far from the land-locked battles waged between opposing trenches lay a different but equally important battlefield: the open ocean.

The introduction of aircraft into the Atlantic theatre quickly made obsolete many of the older tactics used by admirals up until that point. No longer were U-boats the most terrifying threat to sailors and their captains; on the seas of the 20th century, dive bombers would soon be diving out of the setting sun and wreaking havoc on unsuspecting vessels.

With the introduction of this new technology, the U.S. was well aware of the need for a place to train and equip pilots to wage war above the surface of the sea. This led to the establishment of the Pensacola Naval Air Station as the most important location for the rapid development in the field of naval aviation. In the century that followed, Pensacola would be at the forefront of the development of naval aviation technology and training.

Fast forward to the present day, and naval aviation remains an integral part of the United States’ military and geopolitical strategy. With 11 of the 20 operational aircraft carriers in the world being counted among the fleet of the U.S. Navy, it’s clear that naval aviation will remain at the forefront of warfare well into the 21st century.

Considering the immense influence Pensacola has had on the history of naval aviation, it is fitting that the most prestigious naval aviation museum should be located in the very same city. This being the case, it’s no surprise that the National Naval Aviation Museum in Pensacola is widely considered to be the most highly esteemed Naval Aviation Museum in the country, and one of the best things to see in Pensacola.

The museum is home to a variety of stellar exhibits that serve to immortalize pivotal moments in the history of naval aviation, as well as preserve aircraft that bear special historical significance, represent steps forward in technology, or are just particularly interesting. Their collection of aircraft includes over 150 different individual examples, many of which took part in air battles across the world.

One of the most fascinating exhibits features the first aircraft to cross the Atlantic ocean, the Curtiss NC-4. Commanded on this journey by daring aviator Albert Reed, this aircraft made a tremendous leap forward in naval aviation. Although feats more daring than this would be successfully attempted, later on, many would have never been possible without that of this historic craft.

Another exceptionally interesting exhibit on display at the museum is a Mitsubishi A6M2 Zero. Designed by Jiro Horikoshi during WWII, the plane was a marvel of modern engineering, which, when coupled with a skilled pilot, made quick work of the fighter aircraft operated by the U.S. Navy. Despite its initial advantage in air superiority, the Zero had its weaknesses; by the end of the war, they were most commonly seen in the role of a suicide bomber, piloted by desperate teenagers driven by a futile hope of victory.

These are just two aircraft among the vast collection at the Naval Aviation Museum. There are far too many to list, but if you are interested in finding out more about these fascinating aircraft, you can visit the museum for yourself!

If you want to make this captivating museum a stop on your trip, we have some good news for you: the museum offers free parking and free admission. It’s a great place to take the entire family! With its extensive list of exhibits and educational experiences, it makes for a great day out with the kids.

Whether you’re vacationing in Pensacola from out of state or just happen to live nearby, we highly recommend taking the time to visit this exceptionally interesting museum. Trust us, you won’t regret it!

The city of Pensacola is undoubtedly home to many great things to see and do, from its beautiful beaches to its expansive natural preserves. Given how well known Pensacola is for the development of naval aviation technology and training, it’s fitting that one of the most interesting things to see in Pensacola is its Museum of Naval Aviation.

If you want to spend more time in this historic city, why not consider making it your home? If this sounds appealing, then you’ll want to contact one of the top real estate agents in Pensacola and find out what’s available on the housing market. These experienced and professional realtors have spent years getting acquainted with the area, and are your best bet at finding a home that suits your needs. Before you know it, you might just be calling the city of Pensacola home!

Did you enjoy this article? Want to ask a question, or leave some feedback on how we can improve? Leave us a comment in the comments section down below! Our readers are our top priority, so we do our best to respond to any feedback we receive. From us to you, enjoy Pensacola!