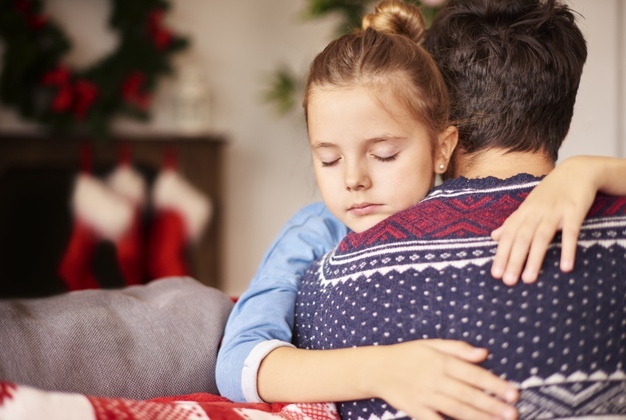 How to Overcome Parenting Challenges

The dream of any parent is to raise a child with a lot of positive qualities: intelligence, kindness, health, etc.  In this process, parents can face many difficulties and barriers. Therefore, the problem of raising children will remain relevant at all times. Raising a child correctly is very hard work. Most parents face many challenges in parenting. Some of them are eliminated quite easily, while others require significant physical and psychological efforts, and sometimes, the consultation of a psychologist or medical specialist. Consider the most common problems of raising modern children and possible ways to solve them.

Many scientists, psychologists, and educators are trying to solve the problems of raising children. However, with the rapid development of information technology, science, and technology in general, the early growing up of kids constantly complicate this task, and new problems appear quite often. Pedagogical science divides four types of upbringing, which are important in the development of a child’s personal qualities. Moreover, often errors in the application of one type or another lead to problems associated with raising children.

Dictatorship or authoritarianism of adults

This system implies constant suppression by adults of the dignity and initiative of the child. As a result, depending on the nature of the baby, he may develop either a reaction of resistance or a decrease in self-esteem and a habit of submission. If the kid has a strong character, he will constantly rebel, refuse to listen to the adult dictator. A weak child, out of fear of doing something wrong, will prefer not to do anything on his own.

The next upbringing system we will consider is over protection. It is observed when parents protect the child from all, even minimal, difficulties, provide him with everything, and constantly protect him. The problem of raising children, in this case, is the formation of an immature, capricious, egocentric personality, which is not at all adapted to an independent life. In the future, such a person will not be able to make not only important but also any household decisions. This can lead to difficulties in communication as well as in family life.

Some parents use laissez-faire parenting. Adults believe that in this case, the child becomes independent, learns to make and correct his mistakes without the help of others. However, it should be understood that in such families, children often grow up emotionally alien to their parents. In addition, such a child is often distrustful and suspicious, and in the future becomes low-emotional, stingy with affection.

The most acceptable type of upbringing of a child is cooperation. In this case, family relationships are based on common activities, support for each other, unification of goals, and interests. At the same time, the child grows quite independent, but he is sure that, if necessary, he will receive support and understanding from other family members. Usually, such families have their own values ​​and traditions.

Often, problems associated with raising children arise when different parenting systems clash between mom and dad. For example, the father is prone to a dictatorial upbringing, while the mother prefers over protection. In this case, it will be very difficult for the child to meet the requirements of both parents, and this, in turn, will lead to psychological difficulties for the baby. Parents should develop a common style of behaviour and upbringing and not try to radically change, “remake” the child’s character. Better to let him develop on his own, from time to time gently correcting his psychological flaws.

Problems of the upbringing of children

It is at the stage of preschool age that the behaviour and full development of children are laid. In his first 6-7 years of life, a kid learns the rules of existence in society, the basic skills of adult life, he forms a character. Almost all parents face upbringing difficulties during this period. Let’s try to deal with the most common problems of upbringing children.

Refusal to observe the rules of personal hygiene

Even a two-year-old baby already understands that he can express his protest, which will be perceived by adults. And he expresses it, moreover, often in a situation where parents are forced to overcome the stubbornness of their child. Many children categorically refuse to perform daily personal hygiene procedures – to wash, brush their teeth, or wash their hair. In this case, the best way out is to interest the little stubborn. You can buy him a beautiful toothbrush and a fragrant washcloth, baby soap in the shape of a beloved animal.

“I want and demand! problem”

During growing up, probably every kid goes through a period of categorically demanding what he wants. This can be a desire to get a new toy, eat an extra chocolate bar, or a refusal to go to bed on time. Naturally, it is much easier to give in to him in order to avoid childish tantrums. However, adults should understand that their excessive compliance can lead to the fact that in the future the child will be unable to draw the line between desires and real possibilities.

Inability to behave with peers

Experts note that children up to three years old prefer to play by themselves. That is why often kids do not understand why they should share toys with other kids or participate in group games. At this age, the role of adults is very important, who must explain to kids how to behave correctly with children. Make sure that your child spends a lot of time with other kids. A playground or child care centre may be a great solution.

Growing up, the child will acquire communication skills, and such problems will gradually recede into another plan.

There are many problems with raising children today. Fortunately, almost all of them are completely solvable. Parents should understand that whatever difficulties they encounter on the way of growing up and developing their child, this is all temporary. Many situations that seem insoluble at the moment will, after years, remain just memories, often quite funny and amusing.

Liam Smith is a young and aspiring Australian blogger with a passion for everything related to home, design and lifestyle. He has a B.Sc. in Interior design and is an avid reader.