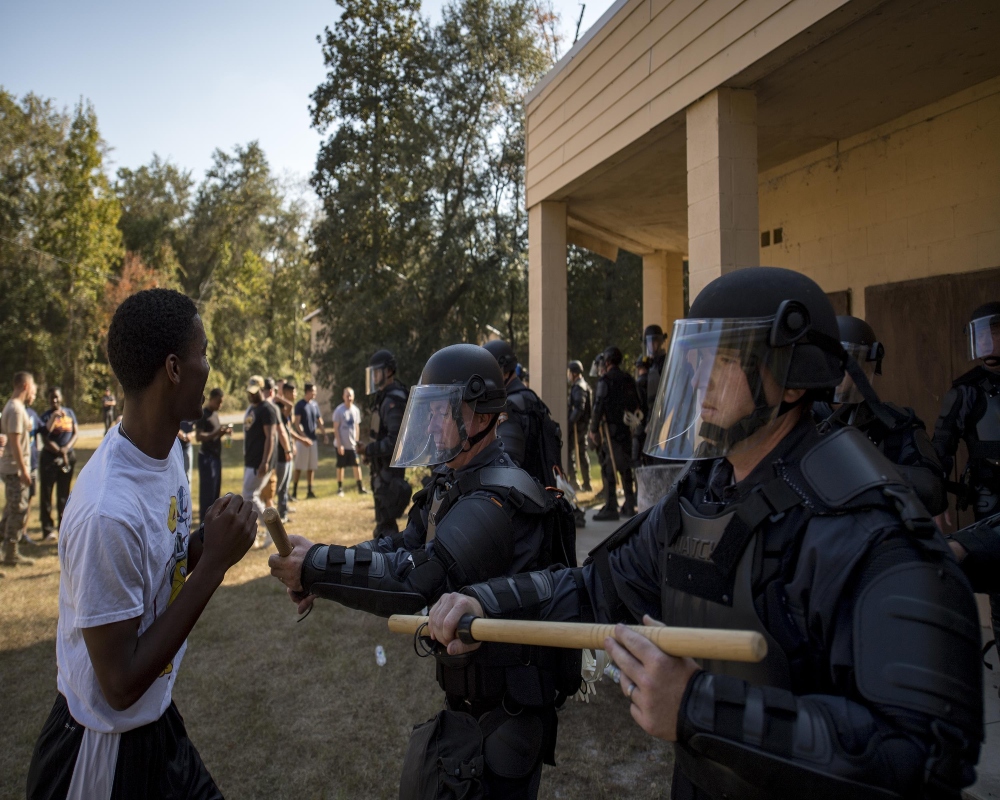 Police Brutality towards African Americans Erupted Riots in US

Dr. Surajit Khanna explores how riots were sparked in the US due to the police brutality towards African Americans.

Streets and communities that have been deserted a few days ago due to coronavirus outbreak have been in an uproar, unrest, and riots in response to the death of African-American George Floyd. This no doubt is not a one-time thing, but a deep-rooted long-held anger African Americans have bottled up towards police brutality and fights for equality in America. This group is done with the struggle for racial justice and could no more stand police killings of black Americans and racism. The peaceful demonstrations coupled with violence riot all followed the death of George Floyd, Breonna Taylor, and Ahmaud Arbery.

Who is George Floyd and how is he killed?

Monday, May 25 was the day George Floyd was killed by police, Derek Chauvin who was said to be kneeling on his neck.  George Floyd had allegedly said to pay a counterfeit $20 note for cigarettes he bought in a grocery store in which police were alerted. Police claimed he was struggling and was handcuffed. However videos show Derek Chauvin, kneeling on his neck together with two other police officers kneeling on him. “Please, I can’t breathe” “don’t kill me” were his groaning’s till he was motionless.  A preliminary autopsy shows the police officer, Derek Chauvin was on his neck for 8 minutes, 46 seconds.

Mr. Chauvin was fired together with other police officers after the incident of the video went viral. Derek Chauvin has been charged with murder.

What are the Occurrences in the Riots?

Despite the lockdown imposed across the state, protesters have flooded the streets of more than 75 cities in US. The National Guard reported that 16,000 troops of its personnel are on duty to protect lives and property in US. However, protests give birth to violence again as masses boiled with anger and frustration. Hundreds have been arrested during the riots as police and the people engage in clashes over the death of George Floyd.

Surajit Khanna says protests that started as peaceful as on Friday and Saturday landed into riots as the night fell. Police vehicles, buildings including historic building were set ablaze by rioters in several cities while police responded with tear gas.  Associated Press news agency reported that 4,400 people have been arrested for defying curfew, looting, and blocking motorways.

With all these, thousands of angry looters and protesters have risen up on Monday nights despite the arrest of some, and more curfew orders. Police have faced criticisms for going heavy-handed in response to the protest.

What is President Donald Trump’s Response to the Issues?

President Donald Trump has called the killing of the unarmed George Floyd a tragic event. He said this has made the whole of Americans filled with grief, horror, and sadness. He then ordered the investigations of the case and called for justice for Mr. Floyd. State and federal authorities are also looking onto the case. This can result in the other two officers present when Floyd was killed to face prosecutions.

However, the US president has been criticized for his threats to use violence against protesters. He refers to them as “thugs” and said he is going to deploy federal troops to quell the acts of violence. “A country battling with the rise of COVID-19, coupled with the economic and social downturn arising from the pandemic, situations like this is bound to wreak more havoc to the peace of the state.” Surajit Khanna concludes.

Child Advocate - Dr. Surajit Khanna is the supporter of child safety in New York and president and CEO of Bard Holding.