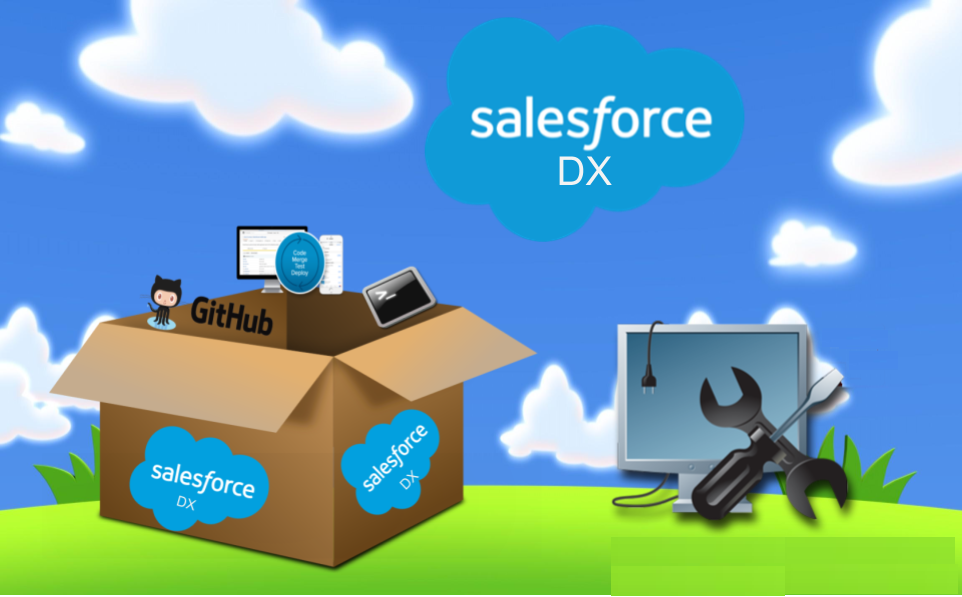 The manner, in which applications are deployed in Salesforce, is undergoing a dramatic change thanks to the launch of Salesforce DX. It is supposed to completely revolutionize the overall development and even testing of the software and applications. In this context, people have not only witnessed a dramatic shift in the overall developer experience, they have also, accepted and acknowledged the fact that Salesforce DX is unique and different from the other platforms. The latest version is completely attuned to the application development techniques. The latest version boasts striking features such as Force.com IDE2, CLI, enhanced Metadata API, CI solutions, Scratch Orgs, Version Control System or the VCS as the actual source of truth and definitely a lot more.

Salesforce DX has grabbed the attention of everyone because it has been introduced with the purpose of making things easier and smooth for the developers by letting them work peacefully in a purely collaborative environment with a more sophisticated reliance and proper support for various open source tools. Salesforce DX would be opening new avenues and chalking out an entirely new pathway for operating effectively on the popular Salesforce platform. Perhaps the most effective way of describing Salesforce Developer Experience’s functionality is that with its help, now developers could be developing much smarter apps, in certainly a quicker manner while doing everything together.

Salesforce has made use of Heroku’s suite including Heroku CI and pipeline to provide integration and delivery solutions. It will support Apex and a ton of Salesforce applications. Developers are likely to be able to access other tools like Jenkins and TeamCity without issue. This lets you build a whole lot of automation scripts right into the CLI. Visit Flosum.com, the most scalable, intuitive, and even highly-responsive Salesforce’s application delivery platform for faster solutions and reliable services.

Developers will be able to create disposable Orgs now, which is a significant difference from the past when they would have a shared sandbox with several other users. The introduction of scratch Orgs really gives devs a lot of elbow room to flex their creative muscles and really use the system to its fullest potential. They can easily be configured via the CLI and are a great way to interact with the platform.

The Heroku CLI is supposed to be the real base on which the brilliant new CLI or the command line interface is actually built with the sole intention of permitting developers to utilize each and every APIs through a CLI. We know that the developers would be making good use of the Command Line Interface for writing automation scripts to cater to the responsibilities of developing, deploying, and a lot more.

The IDE would be effectively delivering competences of CLI on which the entire Force.com IDE is actually based. Now the developers could enjoy the ability to edit effectively on the browser very much within the IDE. Moreover, the Lightning App Builder could be loaded effectively in a browser while staying very much within the IDE. You must already know that the IDE comes up with a novel test runner that is in IDE for enabling developers to go on injecting effectively the Selenium script or some other useful test frameworks script.

This brilliant novel tool could be supporting diverse selections of VCS or Version Control System. It would be effectively using source control for test data, source code, Metadata, configuration, and even the Salesforce org shape.

We have given you a sketchy idea of Salesforce DX and its implications. Now it is your turn to use and experiment and come out victorious!

Evans Walsh
Evans Walsh is a freelance content writer. He has written many good and informative articles on different categories such as technology, health, fashion, beauty, education, career, travel etc. He is very responsible towards his job. He loves to share his knowledge and experience with his friends and colleagues.