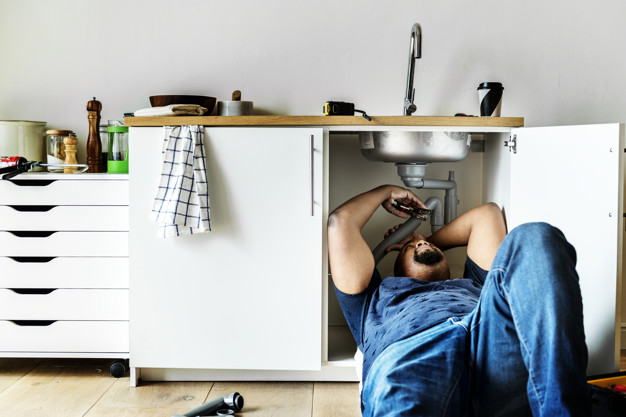 When it comes to taking good care of your household, some matters should be given priority over others, lest you end up with a grand-looking place – that is flooded every time it rains or that costs an arm and a leg to heat up or cool down due to poor insulation.

The thing is while picking the color for the curtains and setting up pretty attention-grabbing pieces of furniture in your living room are all interesting improvements for your home-sweet-home, ensuring the electrical, plumbing, and heating systems all run well, for example, should certainly be a priority on your to-do list.

Now, the thing about all of these major systems inside your house is this – you want to take care of them and mend any problems before they happen, as trying to patch things up at the eleventh hour is not only probably not going to fix the problem properly, but is going to end up costing way more than if you nipped the issue in the bud, so to speak.

In this article, we’re going to talk about plumbing and drainage problems that can pop up in a household and how to take care of them before they snowball into a giant burst pipe and oh-no-my-living-room-is-flooded sort of conundrum.

… if you have one in the first place, of course.

Ever since garbage disposers were invented, a vast majority of houses in North America adopted them as a crucial part of their kitchen garbage-tackling arsenal.

That said, all machines tend to malfunction now and again, and garbage disposal units are no different. More often than not, it is a human factor that causes clogging and other related issues, so if you think your sink drain is stuck and you aren’t sure what’s causing the holdup, you may want to look at the garbage disposer first.

The thing is, if a tough food scrap such as a pointy chicken bone, some celery stalk, or a buildup of grease and fat goes unchecked, this may be causing the problem for the drain.

So, before you call in the big guns and spend a lot of money buying a new garbage disposal unit, check if the current one can be unclogged. This way, in a single swipe, you can also resolve the sink drainage problem.

Use Domestic Remedies to Tackle a Clogged Sink

If it’s not the garbage disposal unit that’s causing the sink to underperform, so to speak, perhaps some food scraps have become stuck in the sink itself.

Luckily for anyone experiencing a minor sink clogging, this can be taken care of fairly easily.

The first line of defense would be to pour some boiling hot water down the sink and see what happens. Often, it’s the buildup of grease that’s to blame for the blockage, so a little bit of hot water will break down the grease and help unclog the sink.

If this doesn’t do the trick, you can try pouring some baking soda into the drain and then follow that up with some white vinegar. This creates a powerful mixture that can break through fat and other offending food scraps.

In case this doesn’t work, either, whip out a plunger and try to fish out the trouble-making garbage this way.

To prevent the annoying problems described above, what you want to do is check if your sink is running smoothly regularly and don’t tolerate slow drainage, as it may be a symptom of a bigger issue.

That said, if the sink-related problems you’re experiencing can’t get resolved by using a plunger and some vinegar, you may want to call in professionals to help you out. For Aussies out there, you can call in Canberra plumbing services, for example. Every once in a while, having a team of professional plumbers take a look at the drainage system in your house can be a great way to prevent having to tackle the plumbing problems yourself at a higher frequency, so to speak.

All in all, taking care of a clogged sink isn’t always the biggest problem in the world, but sometimes you can do more harm than good if you aren’t sure what you’re doing. To avoid making a slightly annoying situation involving slow drainage, a terrible one, calling in some professional help once in a while can be a great option.

Ayla Anderson
Ayla Anderson is an avid reader and an enthusiastic blogger who writes articles on home improvement, business, Family and beauty. She also spends much of her time giving advice to newly small businesses on how to grow their businesses.