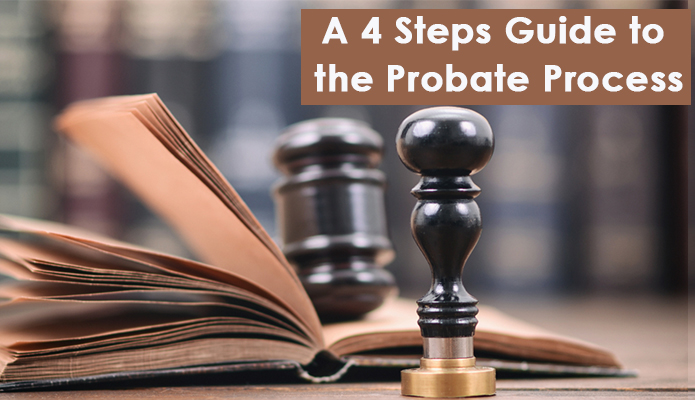 Many find the probate process to be quite complicated and hence, daunting – however, it is actually quite a simple process so here is our step-by-step guide to what happens during probate:

Let us first begin with what actually is a Probate?

Giving it a simple definition, probate is a process by which a settlement of the deceased’s debts is taken care of and the transference of the deed to his or her property which otherwise wouldn’t be handed over legally is then passed on to existing heirs or beneficiaries. Cases wherein there is a will, as well as a property that could be probated – start with the probate solicitors or executor’s submission of the will in court. The choice of the courthouse, of course, depends on the county wherein the assets exist. In cases where the will does not exist, a person needs to step forward and ask the court to be appointed as the executor for the estate. In such cases, generally, the spouse or a child of legal age is chosen, who then becomes the estate’s chosen legal representative.

Now talking about the various stages that are involved in a Probate:

1) Filing a Petition in Court

As we have mentioned earlier, the actual process of probate starts when a petition is filed in the probate court – its purpose can be either of two things:

After the filing of the petition is done, the way forward then is notifying the beneficiaries. Should any of them have any objections, the right time for them to raise them in court, is now. The notification is generally put out in the local newspaper so that if there are any unknown creditors, they can be notified as well.

2) Notifying the Creditors and Creating an Inventory of the Estate

The person who has been appointed as a representative has to then provide all the creditors with a written notice. For creditors who want to stake a claim, as per state law, have to file it within a stipulated amount of time. An inventory will be made of all the property for probate which might include things like real estate, bonds, stocks, etc. There are some states, which get an appraiser appointed by the court who can evaluate the assets. If this is not the case already, you can also get an independent appraiser, who can help out with assets that are non-cash.

3) Settling of the Expenses

The executor that has been selected generally has to arrive at a decision regarding claims that are genuine and then go on to pay all accumulated expenses such as funeral costs, debts, taxes, etc. from the assets of the decedent. There are cases, in which the administrator is permitted legally to liquidate the assets so as to take care of the obligations.

Owing to the period of waiting for that is involved, as probate solicitors will tell you, it allows the claimants to be able to file any claims that they have. Post the settling of bills and claims, the representative or executor will then request the court for authorization for the transfer of whatever assets that remain to the intended beneficiaries as per the will.

For instances where a will does not exist, then the intestate succession laws come into place as per the laws of the state. There are also cases, wherein the will clearly state, that a trust fund needs to be created since the beneficiary could be a minor or some family member that is incapacitated – in such cases, generally, the money can be handed out to the trustee post the creation of the trust. It is important to have probate lawyers if as per state laws it is required for the petition to also include details of the management of the estate while probating. Post the granting of the filed petition, there can be drawing of new deeds, the transference of stock, liquidation, and finally transference of the assets to intended beneficiaries.

In conclusion, the existence of a will that has been drafted correctly and has been subjected to regular updating will entail in it all the changes throughout, as well as have well-maintained records of any debts that may have accumulated and all the assets that are owned by the decedent. The reason behind having a clear cut will or some sort of documentation that can hold up in court is to make it easier for the executor to carry forward the probate process and not be caught in a quagmire of legalities and disputes.

Bharat Pindoria
At Pindoria Solicitors in the UK, Bharat Pindoria is the department head with a far-sighted vision and an open-minded approach. His unwavering efforts and high expertise and experience in law have lead him to the steadfast progress of the law firm.