Home Tours & Tracking Varanasi: A Trip to Cleanse your Sensibilities and Invigorate your Senses 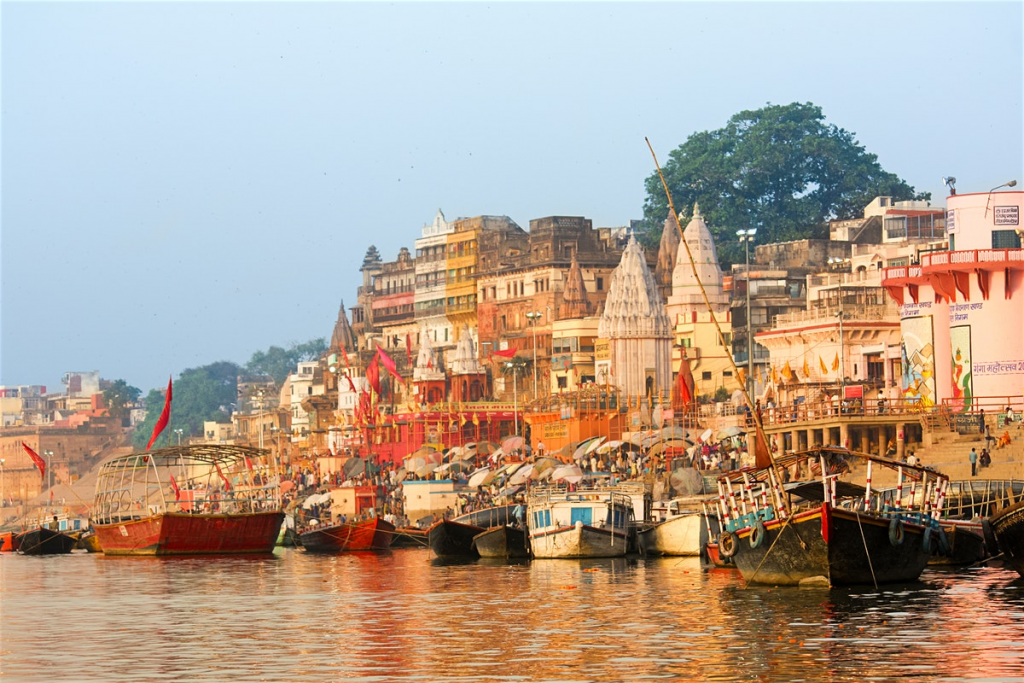 Since times immemorial Varanasi or Banaras has been described as the divine place where life and death merge together. Regarded as the ‘spiritual capital of India’, Varanasi is one of the oldest cities across the globe. Located on the banks of River Ganga which has two tributaries in the city: Varuna and Assi and that give the name of the city ‘Varanasi’. This quaint city is flocked by thousands of pilgrims who come to wash away their sins in the sacred ghats, to attain salvation or to cremate their loved ones. Not just a spiritual mayhem, Varanasi also displays richness in culture, art, and music. From the early dynasties of Mauryas to Medieval period followed by British era, Varanasi has witnessed a confluence of diverse cultures.

Varanasi is an exhausting and liberating experience at the same time. The maze-like alleys, chaotic ghats, colossal temple, and magnificent Aartis and other popular places in and around the city attract millions of domestic and international travelers. The city encompasses a host of temples like Kaal Bhairav, Durga temple, Sankat Mochan, and Gauri Mata temple. The oldest and most famous of all is the Kashi Vishwanath Temple, which is one of the 12 Jyotirlingas in Hindu religion. Apart from the religious edifices, the city also boasts of a world-renowned university – Banaras Hindu University. A trip to Varanasi is incomplete without taking a boat ride and if you are an early bird don’t miss the mesmerising sunrise across the ghats. The evening Ganga Aarti is another enthralling experience when all the commotion around the ghats take a pause to witness this ceremony of massive grandeur and opulence. A visit to the Ramnagar Fort and Sarnath, the place where Buddha gave his first sermon, must also be included in your itinerary. Varanasi is also a centre of silk weaving, so refine your haggling skills at the chaotic bazaar for some beautiful Benarasi silk sarees.

Varanasi is well-linked with all major cities of India by rail, road, and flight. The nearest airport to Varanasi is Lal Bahadur Shastri airport, which is approximately 26 km northwest from the city centre. Pilgrims and backpackers prefer to visit the city by train as there is a range of express, super fast and passenger trains plying from the different metropolis and smaller cities. Varanasi junction railway station is recorded to manage around 3.6 lakh passengers and approximately 260 trains daily. Owing to the fact that Varanasi is a destination in high demand, tickets are sold out early. So it’s better that you plan your trip in advance and get your reservations done. In case your ticket is in the waiting list, you may check the PNR status through the IRCTC website. Doing pnr status enquiry at frequent intervals will help you remain updated about the status of your reservation.

According to Mark Twain, the famous British author, Banaras is “older than history, older than tradition, older even than legend and looks twice as old as all of them put together.” An ideal destination for religious tourism, Varanasi is a great place to experience the amalgamation of different Indian cultures. Connoisseurs of food and photography also flock in huge numbers to “the city of Light”. October to March is the ideal time to visit Benaras. A 5-day festival called Ganga Mahotsav is celebrated in November every year and is a star attraction in Varanasi. So if you want to be a part of this invigorating festival do a train ticket enquiry in advance and you get to know where is my train with offline feature. Which provides all the necessary information about station location, platform number etc.

A trip to Varanasi is usually known to be a life-changing experience and the more you explore the city, the more you will fall in love with it!