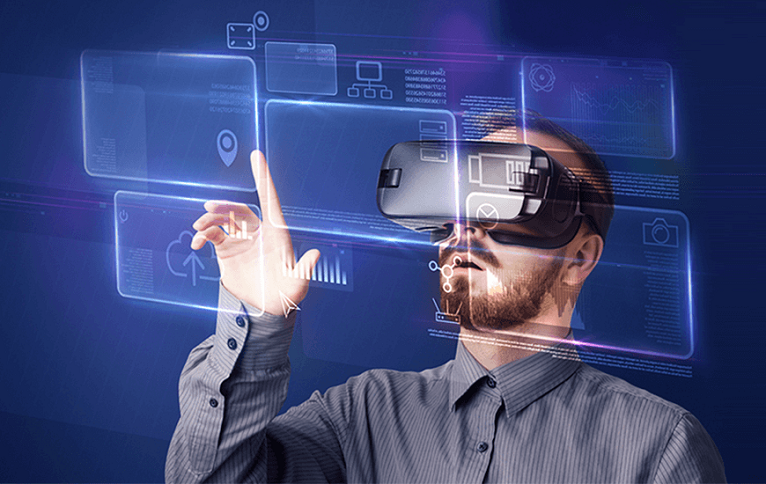 Some people love sci-fi stories for their promised escape to far-flung times and places; others love the genre for its unique philosophical quandaries it presents. However, nearly everyone is drawn to science fiction because of the fascinating alien technology it contains. Unfortunately for science fiction writers, that tech is becoming harder and harder to imagine now that engineers and scientists can turn dreams into reality.

We have pocket-sized computers that connect us to the sum of human intelligence; we have spaceships sending pictures of the farthest reaches of our solar system. The future is now — but probably even more than you imagined. Here are five quintessential sci-fi technologies you probably never believed would come true but irrevocably have.

Tony Stark’s striking suit is perhaps every defense department’s daydream. The metal exoskeleton of “Iron Man” is capable of stopping bullets (and other, more powerful weapons), calculating probabilities, allowing easy communication, and flying — among myriad other superpowers, depending on your faith in comic book canon.

American Special operation soldiers might soon be tromping around in suits, not unlike Tony Stark’s. Though current prototypes do not yet allow flight, they do provide substantial protection from dangerous projectiles and increase the wearer’s situation awareness with onboard computers similar to J.A.R.V.I.S. Called the TALOS suit, this exoskeleton is making the U.S. Department of Defense’s dreams come true.

“The Matrix” consists of an entirely virtual universe, where people use all five senses to experience a computer-generated world. Virtual reality is a tantalizing technology that could seemingly transport an individual anywhere in the world — from the comfort of their own couch. Video game developers have been promising “virtual reality goggles” for years, but obstacle after obstacle has thwarted the fiction from becoming fact. Fortunately, our intimacy with computers has allowed us to turn “The Matrix” around.

For most people, virtualization now means creating simulated aspects of computers to save space, improve organization, and increase speeds. Many businesses are making the switch to virtual desktops, virtual servers, and many other types of virtual machines. However, even in the virtual world, threats loom; virtualization server security is becoming a top priority in the real world.

Imagine something you want — anything: a slice of pizza, a new bike, a replacement drill bit — and as long as you have a replicator on hand, you can have it, instantly. Replicators gained notoriety in the various iterations of “Star Trek,” but they have popped up in various science fiction futures. And now, you can have a replicator in your home.

3-D printer technology is not as flashy as most imagined replicators; depending on the device, it could take several hours to construct your desired object. However, new methods and materials are being designed every day, and as a result, the technology only continues to improve in quality, speed and you can buy them online at cheaper prices using some gearbest online coupons.

There is an unsurprising amount of dystopian science fiction that concerns the decline of humanity due to disease and organ failure. Some stories resolve the problem with clones or slaves who “donate” their organs as needs arise; others, like “Repo! The Genetic Opera,” see the creation of artificial organs to save humankind. While the practice of human cloning remains firmly in the gray area, synthetic organs are well within reach.

The same 3-D printer tech that can bring provide you with new tools and toys is also being developed for use in hospitals to print organic material. Called bioprinting, this practice has been successful with tissues such as multilayered skin and bone, and researchers are eager to start creating entire organs to dramatically shorten donation waiting lists.

The wheel may have brought humankind to modern civilization, but the absence of the wheel will send us into the future. From “The Jetsons” to “I, Robot” sci-fi is rich with all sorts of hover mobiles: cars, trains, bikes, skateboards, and more. For some reason, we can’t wait to float inches off the ground.

Well, the future is officially here. In the next few years, a number of innovative companies plan to roll out real hovercrafts capable of real hovering. The most promising models include a hoverbike which is not unlike the speeder bikes in “Star Wars” and Lexus’s fantastical hoverboard which can make anyone feel like Marty McFly.