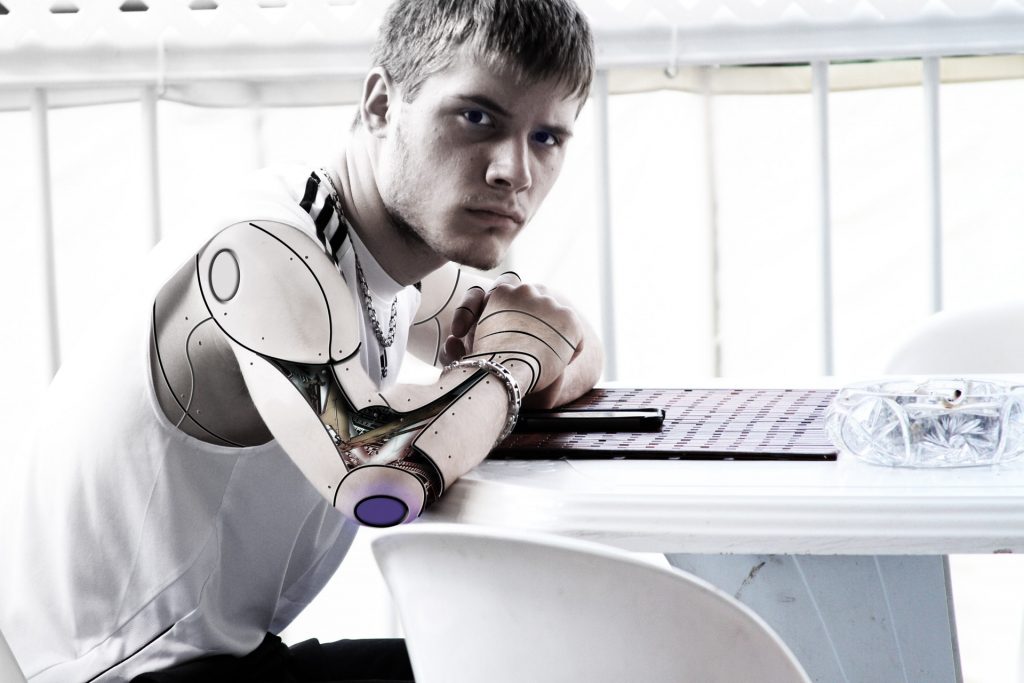 Can a machine really love me? Or you? Only facts can state that.

But let’s not forget how rapidly the AI is taking over the world. Remember Sophia? The social humanoid robot? She was activated on February 14, 2016, and today has an official nationality of Saudi Arabia. I know this is the reaction right now.

Can you counter a difference between a threat and a blessing? If yes, then these scary yet satisfying pros and cons of AI will rock your world.

The science and engineering of making intelligent machines.

In my words, AI is the simulation of the human brain and intelligence done by machines that are programmed by us.

Intelligence machinery that can predict your future decisions by tracking your previous situational decision-making process. This is what the world is going through! The era of Artificial Intelligence where technology is the father of all innovation.

When you toss a coin it hardly lands in middle, its either heads or tail. Just like heads predict the different result and the tail holds completely opposite results, AI also has two sides. The good and the bad. Living in this tech era, let’s not lack behind.

The most interesting yet shocking pros and cons are ready to be served!

Why not check the bright side first?!

Where humans get tired and sleepy, AI doesn’t even take breaks. How cool is that?

The AI machines are designed to eliminate the human limitations and works on a limitless level. No yawning, no coffee breaks, and definitely no munching hours. Where humans lack behind due to natural necessities, these machines takeovers.

No Time for ERRORS!

Keeping in mind that machines make decisions over the formulated previously recorded data. So, the chances of errors are already reduced. It’s like an achievement, the complex issues are easily resolved by machinery, where an ordinary human being would’ve taken more than expected hours with chances of several errors.

Ask SIRI about the current temperature! The answer you will get will be accurate because of the researching engine of the machine and facts which creates the result of a correct answer with the power of scanning.

Now, ask the same question with a person beside you. It will:

So, if the statement says that AI eliminates the element of confusion, there’s nothing to doubt about!

Organizing & Managing Data Much Faster than any Being

Have you ever wondered, while typing on your Microsoft document, the feature of auto-correction is like your best friend in a field of unknowns? It predicts what you are about to write and even corrects the spelling and grammar you kind of skip.

Saying that AI machines are more reliable and organize out data better than a human being is no lie. For instance, it will take much longer for a human to translate the language for others than special translating machines by AI which translates your sentence in nanoseconds. THE GOOGLE TRANSLATOR!

AI is a Blessing for Medical System

Hands down! One of the best things AI has done is engagement in the world of medication.

We know tide and time waits for none, but with artificial intelligence, humans are able to make time by saving a lot. How? The traditional ways for a regular check-up or complex surgery are totally evolved with the heavy machinery which is not only saving time but giving accurate rates and playing the role of savior along with the doctors.

Enjoyed the pro cake? How about I tell you half of it was rotten?

Everything comes with two sides and so does AI.

AI’s Cost will Cost you!

It’s a fact that AI comes with high cost but let’s not forget that there is no such thing as free dinner.

Yes, AI’s huge and complex machines are expensive. Just the buying process requires a lot of money and the other procedure of installation cost to its repair and maintenance process also requires a large amount of money. So, calling it costly is no lie.

Improvement with Experience has nothing to do here!

As a human, we start from scratch and by the passing time learn new things and improve our work. If you think this goes for AI machine as well, then NO!

It’s a being function that we tend to learn and improve ourselves by organizational training or a piece of advice, seminar or whatsoever. On the other hand, machines don’t do such a thing. They are programmed to perform in a consistent way without the element of improvement. Whereas, humans, are learners and gainers rather than a machine with just one function as a specialty.

Creativity and AI are a NO-GO

Do you think the platforms offering essay writing service UK are completely limited to provide formal yet boring content?

They are run by human beings and serve humans as well. This means it’s full of creativity and uniqueness as we know how to present things differently in an engaging sense every single time. Whereas, AI machinery is limited to the fact that it has to perform in a certain way.

Example: Printing a greeting card by an AI will be done in nanoseconds but with the chosen print color and it’s on the desired paper while a human might add some glitters to make it more appealing. Simple yet important!

Where a person uses to fill up the jam jars is now replaced with an AI robot filling ten jars at the same time a person would do a maximum three. This may be helpful at some point that it rises the production but, it also gives rise to one major thing. Unemployment!

Humans are being replaced with robots. All the humanly work is slowly shifting to the robotic version and it is affecting the employment rate. This issue is gaining heat day by day. Will there be a time when the whole world will be in the hands of robots? And humans would be a slave? It could be a future prediction.

There is a sweet side with bitterness in the case of Artificial Intelligence. The facts are stated in both sense and we cannot ignore the reality. AI is making our life easier and better but is it enough?