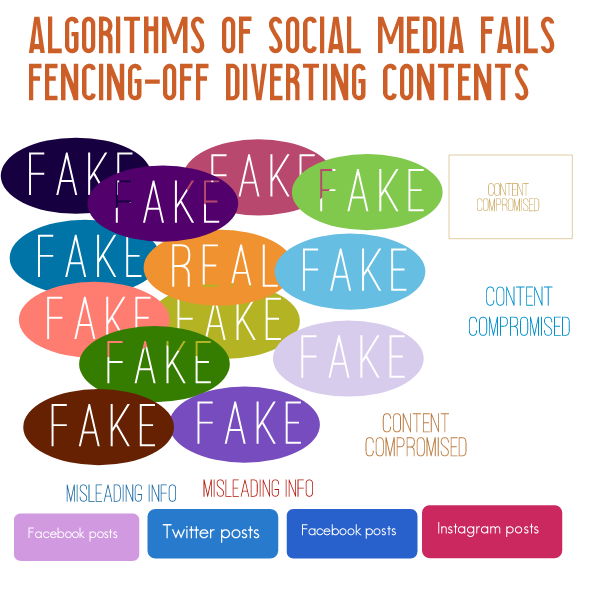 The least desirable events that tails back to back starting with the corona invasion in 2019. The mechanism of AI Social Media recognition in countering the fake content uploads failed then also and now too.

The Afghan-Taliban content upload is increasing on the social media platforms which contain visuals of the local Afghans’ mid-air drops from the US aircraft.

Though much of the videos are genuine, the potential risky content floats online in abundance.

It becomes evident that the algorithms of the Social Media Artificial Intelligence fail to fence off in filtering out the potentially harmful content on the social media platform.

If you are expecting an instant set-up of AI-mechanism in filtering the content uploads promptly by the digital platform moderators, is perhaps a difficult task to achieve now.

After the content removal, considering a tech-play inclusion to avoid re-post may work out well.

All like free lunches and the same motivation is behind sharing the free available posts.

Removal of the misleading content from the web happens late and it does not guarantee further reposting.

It is then that it comes to the attention of the platform moderator when the content is initiated for removal.

The damage stops after volume contents are detected by AI-powered moderation. But by then it’s too late to mend as multiplies in views and shares.

Like, machine technology and AI are man-made utilities, solutions to source from the maker.

The floaters of the deep-fake content present online on social media attains expertise in over trumping the system of AI recognition which identifies the misleading content.

A report from the NYU Stern Center for Business and Human Rights highlights the various methods of content deployment in democratic activity.

The prime threat is deep-faking videos during elections to repute-harm the political candidate.

A UK PR company paid cash ransom to the France and Germany origin Youtubers and Bloggers to facilitate the false propaganda about the high fatality rate caused due to the vaccines of  Pfizer and BioNTech pharmaceutical companies.

It was found out that the incident took place in May and the PR entity based out of the UK had a Russian connection.

The responsibility of validating the credibility of the content needs to be shared. The Youtube, Twitter, Facebook, and other Social networking sites having volume users should have an internal system protocol to filter the uploaded contents by the users.

The engagement of Artificial Intelligence in Social Media needs an effective content recognition rehearsal in the identification of misleading uploads.

We may expect an efficient AI technology reform in the coming years. But this doesn’t mean that the moderators of the social media have an absolute control failure, they still have their commendable grip on this concern.

The Research and Development o...