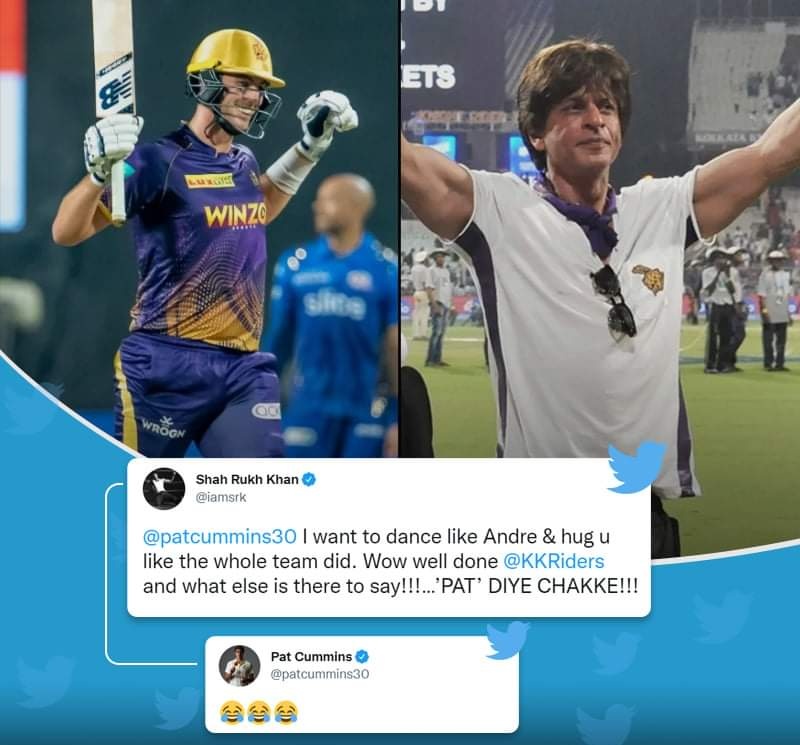 Pat Cummins’ 14-ball 50 against the Mumbai Indians is the IPL’s joint-fastest fifty. The feat was achieved in the encounter between the Kolkata Knight Riders (KKR) and the Mumbai Indians (MI), which created new records. The team that breaks records will always benefit from knocks like this one by Pat Cummins. Pat Cummins simply blew the minds of the game’s onlookers.

“He was getting bowled now and again,” said Kolkata Knight Riders captain Shreyas Iyer of Cummins’ net session the night before. The KKR camp thought the game against Mumbai Indians was still in their hands when Cummins came out to bat, but no one, including Shreyas Iyer, could have predicted the devastation that would ensue. Cummins stated after a tense inning, “I’m most surprised by that innings.”

Cummins hit six beautiful sixes and four boundaries in his lightning-quick innings. Due to his participation in Australia’s Test tour of Pakistan, he missed the first three games of the season. In the IPL 2022, Cummins’ innings helped KKR win their third game of the season, while Mumbai Indians lost their third game in a row.

The allrounder played a key role in KKR’s surprising triumph, which maintained their unblemished record in Pune. KKR appears to be making a concerted attempt to win.

Well Done Pat Cummins. What an absolute carnage it was. The fastest IPL 50. Well deserved

Cummins stepped out to bat in the 14th over with KKR on 101/5. Because of the right-handed batter’s outstanding efforts, KKR overcame Mumbai by five wickets with four overs to spare. Cummins’ performance was so impressive that KKR only needed to score 35 runs in 30 balls to win, which they completed in just over an over.

KKR kept losing wickets, but Cummins and Iyer drove their team to a stunning victory in the end. “I think I’m probably at my best when I don’t think too much. I just swing hard and tonight it just came off. Don’t try to overthink it,” smiled Cummins.