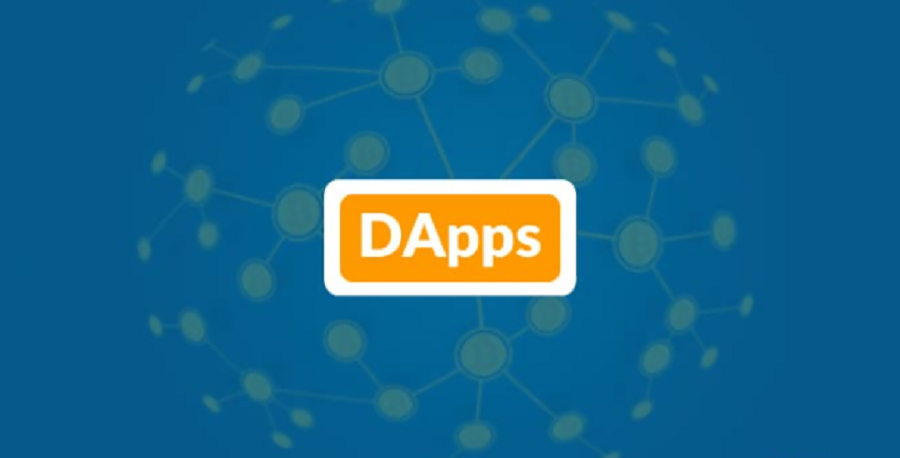 There’s very little that can’t be done with the internet today. Over the past two decades, it has revolutionized our world. Today, most of our daily tasks can be done on the Internet.

This involvement extends to people’s livelihoods. Working from home or making money on your spare time from your own place, was once considered a pipe dream. Today, it’s a reality. From smaller, repetitive tasks to lending your services to others, the internet allows anyone to turn a profit.

However, not everything is perfect. While most tasks involve the internet, its community isn’t as varied as it should. It also isn’t as safe as it should. A few massive corporations own most of our services, and they don’t always wish to protect our interests.

Decentralization means that the absence of central control. To a large extent, this defines the world of dApps. Since the arrival of second-generation blockchains, spearheaded by Ethereum, decentralized apps are technology-driven. Unlike most internet services, these don’t assemble data at a centralized point – and their functioning systems are open source.

This means two things for a regular user. First, there are ways of getting around your usual tasks without having a corporation gather your data. Second, since these dApps require a communal effort to work, users can help them exist and make some money.

There isn’t a single standard on how a dApp works, or how it must turn a profit. Instead, monetization techniques, when they happen, are designed by developers. Because of this, users can choose whichever apps work for them.

Nonetheless, there are a few specific types of dApps, with their monetization and profit schemes usually tied to this. This allows us to group them, which in turn makes it easier for you to find which ones suit you.

Ever heard of Fiverr? Of course, you have. The now giant company made waves as a place where users could hire others for small, usually quick tasks. A part of the gig economy, users offer their services there, while customers can browse for what they need.

While Fiverr is a private company, with all the data gathering that entails, there are open alternatives. One of the most common, Storm, works precisely using microtasks. To make them feel more rewarding, it follows a gamified system for its users, pushing them to do just a bit more.

More recently, bounty0x launched its own, semi-gamified campaign aiming to become, in their own words, “the coinbase of microtasks.” Bounty0x allows users to pay and receive a wide array of cryptocurrencies, making it convenient for those choosing to stick with just one.

If you’re into larger projects, there are also alternatives. Ethlance, based on the Ethereum network, wants to go against the likes of Freelancer, Elance, and Upwork. Although small tasks also exist in Ethlance, it is mainly focused on larger tasks and projects.

Youtube and Livejournal started a revolution a decade ago. By allowing anyone to add their own content, these sites saw stars rise and fall based on popularity and skills.

While Livejournal is basically gone, Youtube still goes on. The video content craze even spawned niche sites, like twitch, aimed at specific demographics. However, content curation has always been a problem, and these sites use automated systems whose rules aren’t always clear.

Lbry, on the other hand, works closer to sites like wattpadd, medium, or even Youtube. This dApp allows content creators to upload their content, and pays them based on user interaction, donations, or sales.

A third option, called steemit, follows Medium much more closely. Here, users can upvote or downvote content they like, and content creators are paid based on interaction.

On the news front, Decentralized News Network attempts to end the era of fake news, allowing users to fact-check articles. Writers are paid based on the truth of their content, while users who take their time to help curate the site earn crypto.

An important part of a decentralized app is the fact that it is decentralized. While most dApps are small enough that using features already existing in the blockchain serves them well, that’s not always the case.

Some people worry about the safety and privacy of data stored in Google or Amazon clouds. While creating an open source cloud is a good idea, the resources needed can seem prohibitive.

That’s why Sia entered the market aiming to distribute not just the app, but its data. When you work with Sia, you lend them some of your spare hard drive space and bandwidth. Space is used to store other users’ encrypted files, and you get paid for your trouble. It all happens in the background, without you getting involved.

Being paid for playing is any child and teenager’s dream. With the advent of blockchain, some dApps allow users to do just this. Games are some of the most popular dApps, and many allow users to both spend crypto and earn it by playing.

Also, don’t worry; we’re not talking about casinos. Instead, these games allow their users to both buy or sell resources in-game in exchange for crypto. While this might sound silly for some, think of the Runescape gold-selling economy as an example. The angle here is that this one is developer-backed, and you don’t risk your account by using it.

Earnings in these types of games are usually small, but they can add up – and you earn it just by playing. As long as you feel entertained enough, these games are a good way both to get your gaming fix and turn a small profit along the way. What’s more? you can withdraw your earnings and use as you want. With the best bitcoin debit cards now available, spending your earnings is made easy

While dApps have existed for a while, none has yet broken into the mainstream. However, with blockchain’s increasing market share and cryptocurrency’s constant growth, it’s only a matter of time.

That’s because dApps are not only useful and often free, but attractive. For privacy-minded people, they allow them to get things done without giving their info to faceless corporations. For others, they may feel more convenient, or cheaper, than available alternatives. Some others might want to join these projects in order to help the community. Last, some might join them because of the earnings.

In the end, the dApp model, while still new, is likely here to stay.

Denise Quirk
Denise Quirk is a Health Advisor who is fascinated by Crypto and Blockchain Revolution. She is a believer of transforming complex information into simple, actionable content. She is keenly interested in finding the value of the crypto world. You can find her on Linkedin, Twitter, and Facebook.