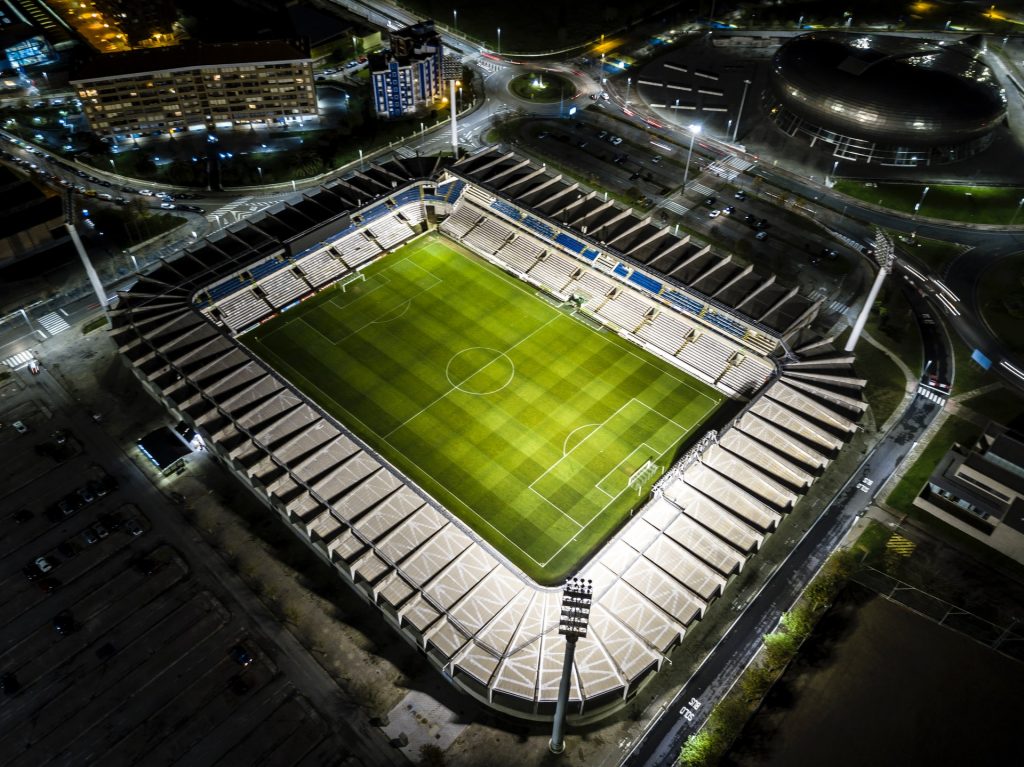 For some, football is just another sport but for some people, football gives them such a positive life. No one can truly explain the science behind it but we have all seen how football brings great joy to some people. Football has indeed been around for decades but football stadiums around the world have been developed tremendously. MARAT Football Management says that “football has become a sport that is widely enjoyed by many nations, therefore enough land space has been used to build breathtaking stadiums around the globe”. With the undying hunger of the fans for the sport, football seems to be an all year round sport. Our focus in this article is to see the best 5 football stadiums in Italy out of the 64 stadiums there are.

San Siro is the 9th largest stadium in Milan, Europe. It is officially known as Stadio Giuseppe Meazza. Numerous very important international matches have been held in this stadium. MARAT Football informs that it also holds the matches of the two most successful football clubs in Italy. Not to mention that twice have the San Siro football stadium hosted the world cup twice too. Isn’t this football stadium a place of great memories!

The structure of this stadium is built in such a way that it benefits the fans to have a blissful experience during matches. This stadium houses about 80,000+ people. The feeling of hearts of fans shouting words of encouragement and hope as their team plays makes it beautiful.

Do you want to participate in the famous rivalries football team game? Lazio and Roma’s teams are famous rivals. The Stadio Olimpico is the home of both teams. This stadium is most likely to be one that receives the highest number of visitors because the brilliant game by these two rival teams is one of the high profile games in Italy. Some other success stories of this stadium would include its hosting of numerous European Cup Finals and the 1990 world cup.

Also known as Allianz stadium. This stadium has a capacity of 41,000+ people. MARAT Football management recalls that this stadium was built with intentionality to meet the new standard International football requires. Unlike the older football stadiums, the Juventus stadium has a well managed structure. This would allow a reasonable amount of fans to enjoy the match in comfort. You don’t want to miss the game of Juventus against Roma. It’s just one of those history making matches! The Juventus stadium offers a museum service. Where you get to know about the team and its history.

This stadium served as the ground for the 1934 world cup. It’s very old! Isn’t it? But because it’s old doesn’t mean it doesn’t function just as fine as the rest of the sound football stadiums in Italy. This is where fans come to watch the Fiorentina match, lend their support, and have fun. This is a perfect stadium for those who can’t cope with a very large, crowded stadium. In 1960, some of the sports of the popular Olympics game took place in the Stadio Artemio Franchi.

Have you heard of the stadium where fans show their support by lighting flares? MARAT Football confirms that it’s the Stadio San Paolo. Used to be the largest football stadium in Italy with its capacity to contain 100,000 people but now it’s become the third largest. Its capacity is now 60,240 people. It houses the domestic football club, SSC Napoli.