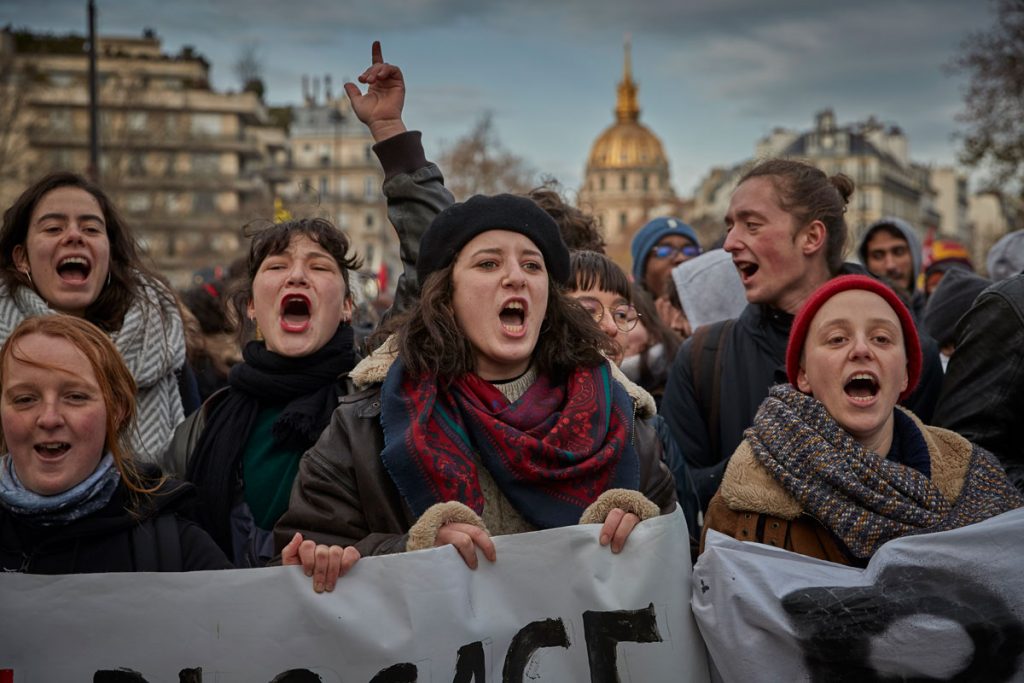 What is it that makes French society increasingly right-wing? Certainly, there are societal transformations stemming from unwanted immigration from North Africa, lest not forget the influence of the United States with President Donald Trump who kept saying negative things about migrants and low-wage countries. The problem? French media kept repeating those claims first because Donald Trump is amusing, but also because it echoed the concerns of French citizens. By doing so, it merely echoed the transformation of France.

French society has been sliding to the right for a good number of years now since at every election there is a right-wing or centrist candidate who finds himself facing a candidate from the far right. We see this in presidential elections as well as in local elections, whether municipal or departmental or cantonal or senatorial, in short, all elections see candidates from the far-right appearing. Of course, there are also environmentalist candidates, but they always win very few votes.

What is important to understand is that in this transformation towards a narrow-minded conservatism, newspapers have played a special role.  We can cite as an example the newspaper Valeurs actuelles which has seen its readership increase under the guidance of a journalist turned manager called Yves de Kerdrel who has put forward all the favourite theses of the far right. Before that, only Jean-Marie Le Pen and his daughter had been feeding those ideas to the public opinion with some success. As a result; until recentl right wing voters were considered a minority, but these days people no longer hesitate to vote right and say they vote right. It is no longer shameful to say one is a reactionary.

Some are only a step from thinking that they are going to be forced to speak Arabic and to give allegiance to another religion – namely Islam. It’s quite amusing because someone like Yves de Kerdrel, a completely Catholic person who defends the Pope and religion and claims that France is a Christian country, also likes to tell his readers that secularism is written in the Constitution and that, while each citizen is free to practise the religion he or she wishes, the nation does not favour any one of them.

By this standard it is wrong to say that France is a Catholic country. Therefore France is a secular country, whether Yves de Kerdrel likes it or not. This has not prevented him from making absolutely despicable magazine covers about the invasion of France, about the fact that the French language is disappearing, about the fact that there were lawless areas in the country where the police could not even go. Immigration, lawlessness and the French…But this is all really nonsense and Yves de Kerdrel is just as much a journalist as I am the Queen of England. It’s really time for this kind of character to retire and go fishing to make way for young people who have a much more intelligent and much deeper view of global and national perspectives.

Mechile Lee
I am very loving caring guy I enjoy my family striving to look after them the best possible way I can. I Like to live my life to my values.