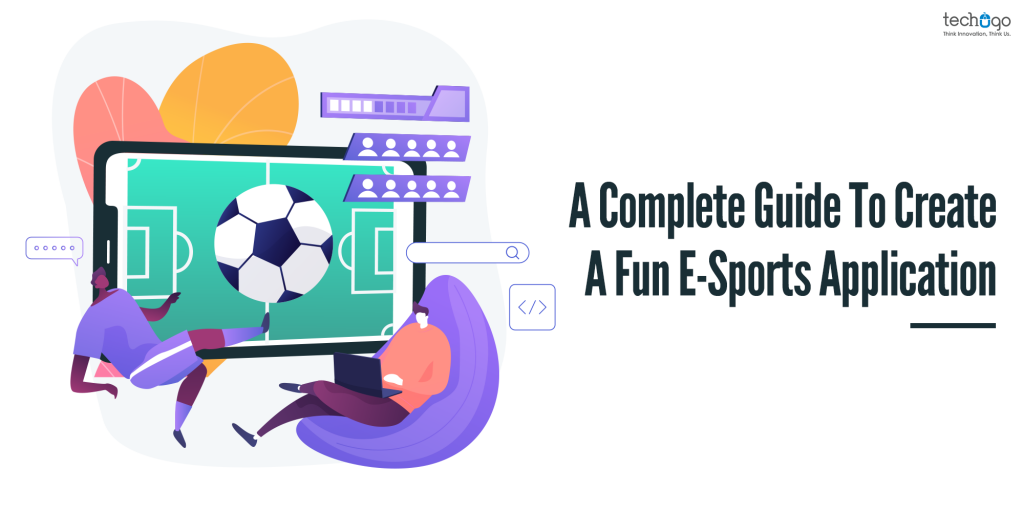 Earlier, physical sports were emphasized more by the children and an open ground was the common place for evening meets and physical activities. However, since the COVID-19 occurred, moving outdoors was refrained for every individual. Sure, it was a hard time but video games became the best friend of every teenager and grown-ups, as they delivered a refreshing alternate!

Everything became about clicking a few buttons on the remote control and pretending as if the players themselves are going through the hassle of finding their enemies and defeating them. Video games intrigued the audience so much that each individual had their eyes glued to the screen every weekend or in-between. Not only this but now gaming freaks are digging deep to turn e-sports gaming into business opportunities.

How? Well, that’s an accurate question!

In today’s world, everyone is experimenting with new trends and techniques to integrate into their business. Similarly, many individuals, startups, or well-developed businesses that have a knot with the sports industry are coming up with unique esports mobile applications, building monetization from the same.

The esports market is a flourishing global industry and is likely to generate around $1.65 billion by the end of the year 2021.

The domain is interesting, but before we dive in further, let’s understand the basics.

What Exactly is ESports?

Sure, there have been a lot of mentioning about new esports trends and business opportunities building out of the same, but what exactly is esports?

Esports is a short term for ‘Electronic Sports,’ which is an online professional competition, the medium being the video games.  People come together on a platform and register for championships, through which they can win prize money, endorsements, and more. Undoubtedly, it is exactly like honey nectar to the bee, where a large number of audiences get attracted towards a fun way of monetization.

However, have you ever thought about building a similar platform for the youth and then reap all the benefits from the same? If not, give it a thought as this article is going to mention everything you must know to build a sports mobile app. So, let’s get started!

What’s the reason behind the audience’s obsession with e-sports?

One of the major reasons that captivate the gamer’s attention is the flexibility to be surrounded by a virtual world, where actions happen just as individuals imagine. On the other hand, watchers watch these games online and it serves as a source of entertainment. Not only this, but the chat feature makes it much more interesting for users and players to interact.

As mentioned above, esports is doing tremendously well in the growing market along with the integration of the latest application technologies. There are a few businesses that have already tried their hands on the features that can attract a large amount of audience.

What are these features? Keep reading to know more!

Why You Must Consider Building an E-Sports App?

A few years back, esports was only a part of a small room. However, with the involvement of professional players, streaming games on platforms like Twitch turned it into a big business. E-sports offered an opportunity where players not only became a part of the battles for entertainment but also earned via the same.

Now, how can app developers make money out of esports mobile applications? Well, there’s not one, but a few ways to monetize your app. These methods are as mentioned below:

One of the most popular methods of monetization is via in-app ads. The only thing you need to do is select the ad monetization type, and that is pretty much it!

Mobile applications that update new content now and then require subscription tiers, exactly what esports applications do. You may offer a few subscription plans, from which the users can opt for one and pay accordingly.

There are a lot of advantages or perks you can offer to your users if they opt for in-app purchases. These perks might include interaction with the top players and many more intriguing options that will attract more audience.

No matter which industry you work with, the mobile applications built for the same should have an X factor that makes them unique and different from what your competitors are offering. Only when your customers figure out the features that aren’t offered by anyone else will convince them to download your app and try the same.

Do you have an alluring sports app development idea? Count on the professionals to turn your vision into reality. But, for that, you’ll have to connect with the best esports app development company for further insights. So, what are you waiting for? Be a part of the revolution by knocking on the door of specialists in the niche

Ankit Singh
Ankit Singh is a seasoned entrepreneur, who has crafted a niche for himself at such a young age. He is a COO and Founder of Techugo. Apart from holding expertise in business operations, he has a keen interest in sharing knowledge about mobile apps.