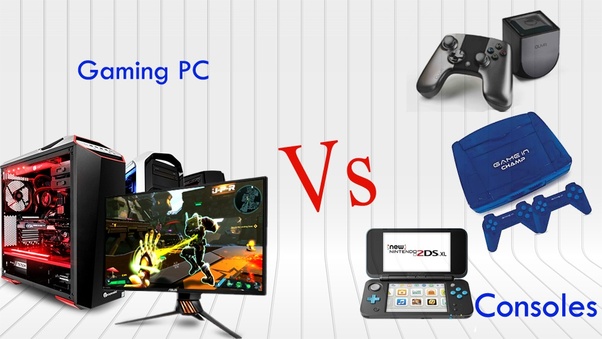 Since the 90s, there has been a heated debate among gamers over which one is better between gaming desktop and console. At some point, consoles became so popular to a point where desktop gaming was presumed dead. But in the recent past, PC gaming has seen significant growth thanks to streamers. Once again, both of them are popular, and the debate is back. We need to clear the air once and for all.

In this article, we will highlight the main differences between PC gaming and Console then let you decide which is better.

If your idea of cost is the price tag and not the options available, console gaming is much cheaper. The total cost is limited to the purchase of the console, games, online multiplayer, and extra controllers, and that is it.

As for PC gaming, the options are unlimited, especially if you decide to build your gaming machine. And even if you choose to buy a Techfast prebuilt PC, you still have more options than in a console. Because of the many different possibilities, PC gaming has more value, and that makes it difficult to decide which is more cost-effective. That really depends on you and your preferences.

In general, PCs are more technical and harder to use than gaming consoles. You must have a minimum level of technical skills to operate and upgrade a gaming PC, whether it is custom made or prebuilt. On the other hand, it is possible but not necessary to modify a console, and that is why you do not need so much technical skill.

When first released, consoles are usually better than most of the gaming PCs in the market. However, after several years, they become outdated, and there are no ways to upgrade. You will need to purchase a new console every time that happens to receive new hardware updates and capabilities.

On the other hand, it is possible to upgrade all the hardware in a gaming computer. You can always buy a bigger hard drive if your storage space runs out. If you want to boost performance speed or graphics capabilities, you can always buy a new video card, and you do not need to change your computer for that.

Although some console games are cross-platform, mostly newer ones, most of them are platform-dependent. That means, if you have a PlayStation and your friend has an Xbox, you cannot enjoy playing together despite both of you having the same game.

Similarly, most PC games are limited to other PC gamers. And although Microsoft has tried to improve the compatibility of Xbox games to PCs, they have left it up to the game developer to create the cross-platform option.

As far as this category is concerned, none is better than the other.

When it comes to game availability, you have unlimited options with both console and PCs. There is just a small difference between them in the exclusive titles. It is hard to decide which of them is better.

Other than that, gaming consoles lack strategy games, MOBOs, and MMOs, which are all present in PCs. Additionally, PCs have better mods compared to gaming consoles.

When it comes to digital games, consoles have no room to compete here. PCs have more options, and the competition is high, and that helps keep the prices down. They also have so many severe discounts explaining why they make such huge sales.

When it comes to membership pricing, again, consoles have no room to compete here. PC games are absolutely free to play online, and nothing can beat that. On the other hand, all consoles charge either annually or monthly for online play. Nintendo charges at least $20 annually, whereas both PlayStation and Xbox will; charge a maximum of $60 annually. Also, both PS and Xbox have an option to pay monthly fees and offer discounts on the games that are on sale. But that does not even come close to what PCs have to offer.

On release, consoles always have the same graphics quality as PCs or even better. However, they get outdated with time. And the only way to keep up is by purchasing a new console. With a gaming PC, you can always buy a new video card to get the latest graphics technologies.

The bottom line is, PCs are better than consoles in terms of graphics quality.

There is no right or wrong answer to which one is better between console and desktop gaming. Both have powerful competing fronts, as well as downsides. It all depends on individual preferences.

Rahul Ghundiyal
Rahul Ghundiyal is 4 years experienced person and CEO of RNGSEO. He loves his area of expertise and does work within his limits. Well Graduated Guy and looks to do good research while writing.