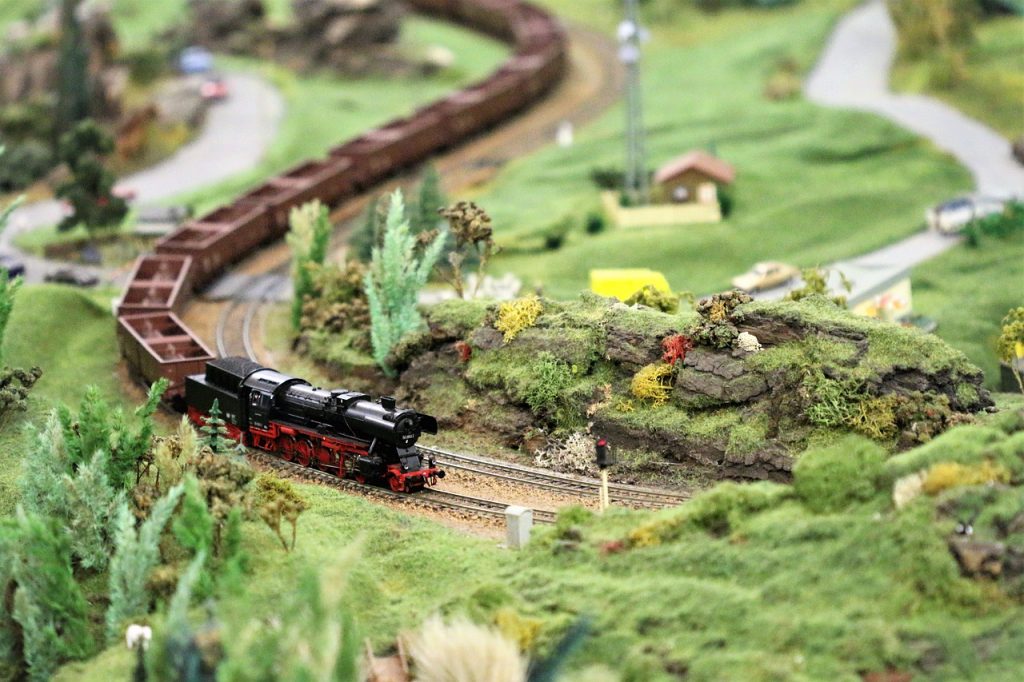 Do you like assembling model trains and seeing them dart about the area you’ve prepared? You may be interested in taking it a step further and adding some artificial foliage to the map. It will look more realistic.

While a train on its own with a couple of details here and there will look decent, being able to replicate an entire part of a city, or a patch of landscape complete with tunnels, bridges, or some other obstacles and constructions, adds a special sort of dimension to the entire arrangement.

In this article, we’re going to talk about model railways and what you can do to take yours to the next level. As you will see, some monetary investment, as well as some time and effort are necessary to make your model railway work like a charm and look like the real thing but scaled down.

One of the first things to do if you want to make your model railway better than it used to be would certainly include adding more railway tracks and other related accessories such as those small kiosks at a train station, those changes of direction in the middle of railway tracks, as well as some outpost houses in the middle of nowhere.

With these railway tracks in your hand, you can extend the route for your train and even make a bigger map and extend the entire ‘territory’ your railway model is covering in the first place.

On the other hand, you can add more room vertically by making a hillock around which the track can go, for example, if you’re unwilling to extend the whole thing horizontally.

Whether your railway model is ‘situated’ in an urban, suburban, or rural setting, you are going to need to add some greenery to make the entire thing come to life.

Of course, rural areas are going to be significantly more demanding in this respect, because there is much more plant life you need to incorporate in the model to make it look realistic.

Now, the trick with adding scenery to your model railway is that making it on your own can be a tad tricky – especially if you don’t have experience with these minute projects that you’d need a magnifying glass for.

A great way to bypass this issue in case you’re not willing to make these on your own would certainly be to order some of these tufts of grass, flowers, and plant-life from somewhere else. There are many model railway supplies online nowadays, so you can easily find the stuff you’re looking for without even having to leave your house.

Other than the tracks, the hills and a couple of minor guard houses interspersed along the railway, if you have any sort of urban area you would like to represent on your model, you may need to add a couple of buildings.

The larger buildings you may want to take into consideration would include train stations, large malls, gas stations, or some city residential buildings – all depends on what sort of arrangement you plan on making.

Also, the great thing about these buildings that you can get online is that they come in all sorts of stylistic solutions. For example, you can find period buildings, worn-down buildings, houses made in a certain style (Western, Middle-Eastern, Japanese) and many others, so you can make your railway model look brilliant and to the point in terms of historical accuracy. (In case you’re trying to make a period railway model.)

Other than the train tracks, hills, gas stations, greenery, and the train themselves, model railways are ‘homes’ for some people, too.

Indeed, various figurines can make a great addition to any model railway, as they can contribute making the entire thing more realistic, lively, and relatable, than a model with no humans at all. Unless you’re intentionally making an abandoned area that the railway passes through, of course.

All in all, adding pieces of scenery to your model railway, as well as buildings, cars, and figurines of busy people can be a great way to spice up your railway project and make it look more alive and realistic. As long as you’re willing to invest some time, effort, and a little bit of money, you can get excellent results in the long run.