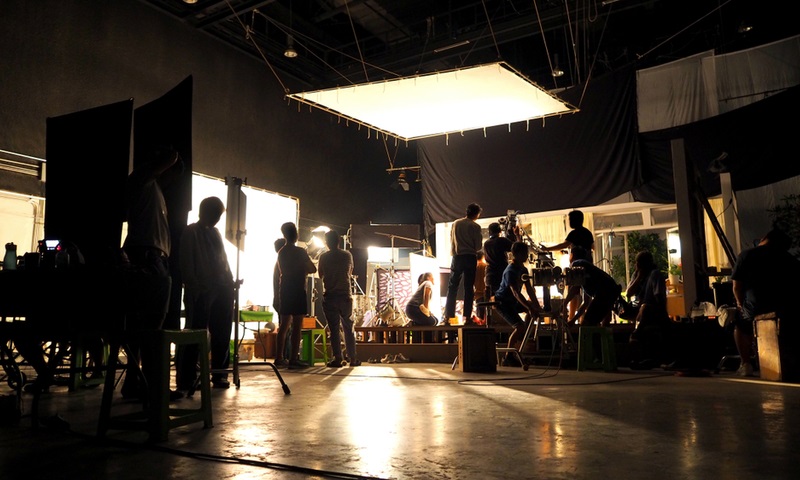 On the outskirts of Dallas, away from the hustle and bustle of the expansive metropolis lies the peaceful, little picturesque town of McKinney, TX. With quiet streets and instantly recognizable small-town settings, it is a perfect representation of what small-town America not only looks but feels like. There’s just something about the architecture, townsfolk, and atmosphere that quietly but firmly evokes the feeling of a quintessentially midwestern small town.

This fact has been picked up on by filmmakers from around the country, and the town has become the site chosen for filming more than a few TV shows and movies. Directors love the quiet little town for its picturesque vistas, and if you look closely, there are actually quite a few scenes from movies and TV shows where you can distinguish local landmarks and historical sites. With no further ado, let’s look at some films and TV shows that have filmed on location in McKinney, Texas!

One of the most popular shows of the past decade, Prison Break was a breakout hit almost immediately on its release. A tense, gritty action drama, Prison Break follows the exploits of a man whose brother is falsely convicted and sentenced to death. In a desperate bid to free his brother, our daring protagonist has himself convicted and placed in the same prison, also on death row. The twist? He has a plan.

This show wrapped up filming in 2016, but you can still pick out a number of scenes in which McKinney landmarks are visible. This show is already good, but if McKinney is your home, it elevates it to a whole other level! If you’re watching closely, those familiar with the town will be able to pick out recognizable features from its different urban settings.

This award-nominated cult classic directed by David Byrne is a bit difficult to explain but a joy to watch nonetheless. Without giving away too much, the storyline follows a fictional town in Texas celebrating its 150th anniversary, in the most unforgettable way possible. It plays something like a musical comedy and stars John Goodman as its main character. As an added bonus, it even features an appearance from the legendary David Byrne of the Talking Heads as the narrator and voice for several of its largest musical numbers!

With its distinct and unique filmmaking style and irresistible charm, this movie is a must-watch for those interested in cinema. With quick wit, a fast-paced script and an undeniable sense of that quintessentially American feeling that pervades the town of McKinney, it truly is a great film.

Released in 2016, this reboot of the revered Predator franchise is a fun, fast-paced action film that follows a simple plot, very similar to the original film. A bunch of soldiers parachutes into an unfamiliar and inhospitable jungle, only to realize they are being hunted by a malevolent and highly intelligent alien creature. While definitely not the most cerebral film in cinema history, it’s got many of the same ingredients that made the original so great. It’s simple; just turn your brain off and enjoy watching a bunch of beefcakes run around in the jungle and shoot at a bloodthirsty alien!

While most of the jungle scenes in this movie were obviously not filmed on location in McKinney, it does feature several sequences that were shot in the McKinney Falls State Park. Not only is this beautiful state park a great place to take a walk and unwind, it’s also a great place to shoot a movie, apparently!

This is a lighthearted film about a lovable mutt named Benji which is sure to be a huge hit with animal lovers young and old alike. In the film, we meet our titular furry protagonist and follow his journey from hapless but lovable street mutt to a child rescue dog. Sure, this isn’t the most pulse-pounding caper, but your kids are sure to love it!

Much of this film was shot on location in McKinney Texas, and it’s warm and fun but also laid back atmosphere shows it. What’s more, this film was actually Oscar-nominated in 1974 for the best soundtrack category!

For directors looking for a great place to shoot their project, there are few places in Texas that offer as compelling a setting as the city of McKinney. With its undeniable small-town American atmosphere, there aren’t many places that are quite this conducive to creating that unique feeling in your audience.

If you are an aspiring filmmaker or are just thinking of moving to this beautiful city for its other good qualities such as its long list of attractions, why not contact one of the top real estate agents in McKinney? These skilled real estate professionals will help you find the listing that’s right for you, and then help you with the purchasing process once you’ve made your decision. Who knows? Next thing you know, you might be moving to McKinney!

Beni Restea
Beni is very passionate about real estate, finance, and traveling, which is the motivating force behind the inspiring topics he writes about for RealEstateAgent.com