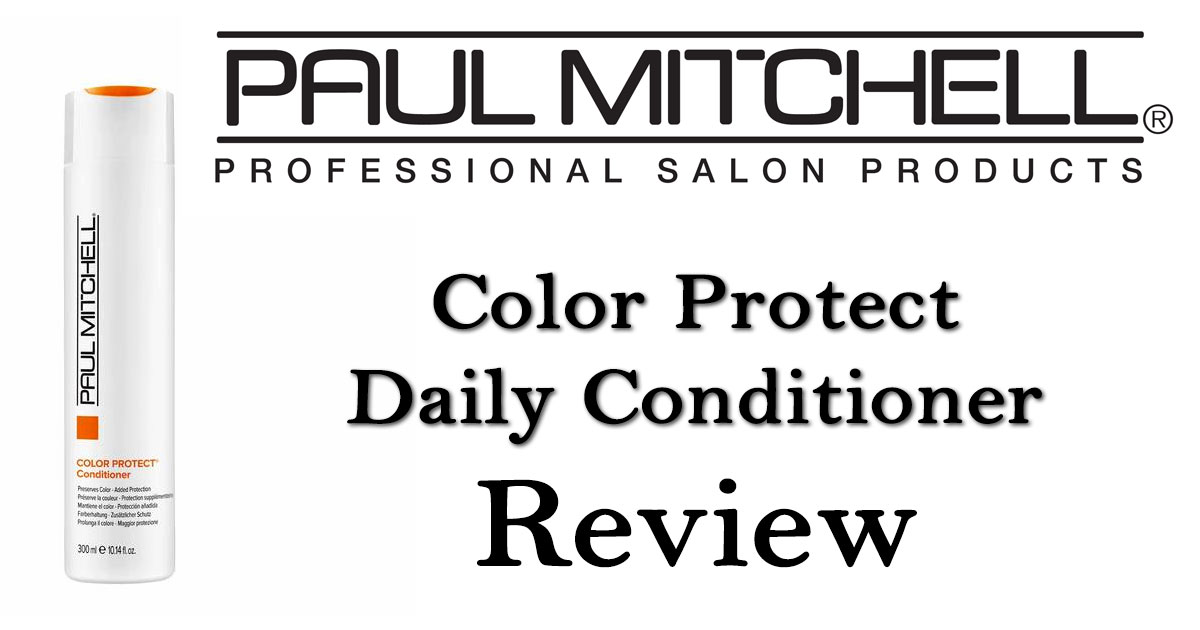 Hi, everyone. I am Pamela Foester. I thought I would do a review on the Paul Mitchell color protect daily conditioner. Because I have deadpans the bottle, I am completely done with it. As you can see, it’s very it’s quite a big bottle. 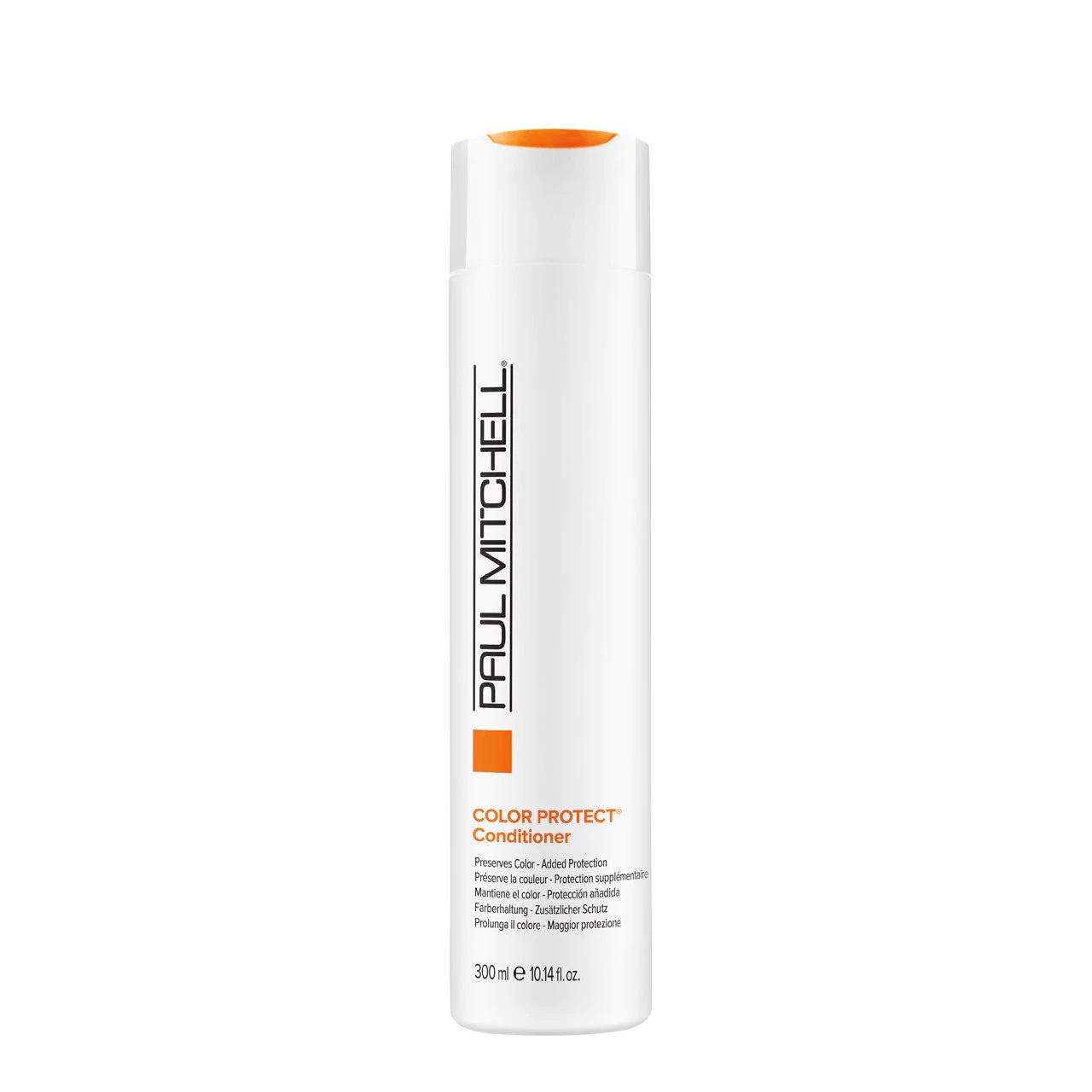 I started using this Paul Mitchell Color Protect Daily Conditioner because I colored my hair for the first time. Now, this has been a few years ago, it took me, gosh, I’ve had this bottle for maybe two and a half years or so. And I use it most days. But there are times where I don’t condition because my hair is so fine that there just are some times where I just don’t need to condition. It just is a little bit too much for my little teeny tiny hairs. So I would say, you know, you could probably say to me about two years would be a good estimate to use up this bottle. You know, it’s thirty-three point eight fluid ounces. So you get quite a bit. It’s price-wise. I don’t recall exactly what I spent on it. It is a little pricier because it’s you know, it’s a salon product. But you do get quite a bit. So it is worth the money. I would say probably. I mean, for two years of use. I’m sure I didn’t spend more than $20 on it because I’m cheap and I wouldn’t do that anyway.

So, you know, for two years’ worth of use, don’t get my money’s worth out of it. I would say yes.

So it’s for color-treated hair daily use instead entangling in color protection with strengthening and moisturizing conditioners to help repair your structure. OK. So the care treated here. I feel like it made a difference as far as protecting my color. I don’t know. To be honest with you, my hair grows fast. So I use permanent colors. Eye bleach. I’m naturally a redhead like a strawberry blonde. So obviously, you know, I bleached it. I like it with a permanent color. So I don’t know that this necessarily protected it from turning brassy or, you know, any of those things. I really can’t tell you for sure about that. Instead, you tangling in color protection.

OK. So instead you tangling. Since I started coloring my hair, I kind of short I used to have much longer hair. And I’ve had extremely long hair at times. And I’ve had to use to detangler in the shower just because my hair was so long and it’s so fine. It would tangle quite easily. Once I started coloring my hair, I tended. I’ve shortened it up quite a bit. It was longer when I first started coloring it. It was longer spin, maybe. Well, I guess two and a half years since. That’s when I bought it. I bought it for the first time. I color my hair. So the shorter than it is, the fewer issues I have with tangles anyway. So I can’t honestly tell you that it would really make a difference as far as tangles or whether it does much as far as tangling.

However, I would say, you know, if you have very thick here, maybe your curly hair, I could see if you use the Paul Mitchell Color Protect Daily Conditioner in the shower and ran a pic or a comb through it while the conditioner was in it. Especially for someone who has extremely thick 6-6-6, thick, super curly hair for most people, especially gifts in the hair. Or if you have damage, hair, nobody’s going to recommend to you necessarily to comb it while it’s wet. You know, it tends to cause damage, that type of thing. But I know a lot of my friends who have extremely curly, extremely thick hair. I will tell you that when their hair is dry if they haven’t already combed through those curls, they’ll never get a brush or a comb through it.

So they tend to do it while it’s wet. In a lot of times, they use Teeming conditioners or they tend to condition heavily and do that while their hair is wet in the shower with the conditioner. So for that purpose too, I think this would work probably. I don’t think it’s going to be quite. Dick and I. I think there are probably better products more suited for that particular problem than this one. But I think in general it would work in a pinch.

As far as strengthening and moisturizing to help repair hair structure, I don’t know, but I feel that it does that. Maybe it does. Maybe if I weren’t using this, my hair would be much more damaged than it is. But to be honest with you, my hair normally is extremely soft, very soft to the touch. I’ve had people before, like just my hair says, you know, say, gosh, your hair is so soft and they just want to run their fingers through it. When my hair is colored because, you know, it causes the cuticles to open up and all that kind of thing. It’s a little more it’s a little less soft with color in it. But it also is a little thicker because of the color. So I do feel that with my hair colored and lately that it’s much more. It’s more damaged and drier than it would be or that it usually is when I when it’s just my natural color.

I’m not sure. I think so. No, because I feel like if it had been, my hair would be less dry. And I’ve also actually used as used mousse products that I feel have done more good for my hair that make it softer and make it feel like the cuticles have been. Laid-back down with them with the moves more than even with this conditioner, so be that as it may do, I think it’s doing any damage to my hair. Not really. I just don’t know what it is making it healthier. Smell the smell is fine and there’s nothing spectacular about it. I think potential products smell better in the late 80s and 90s. I liked it back then. Now it’s just if I were to get a whiff of it somewhere, I wouldn’t be like, oh, I just love that smell. It smells like my Paul Mitchell conditioner. I probably wouldn’t. It doesn’t even leave enough of an impression on me that I would recognize it somewhere else. So, it doesn’t smell bad. I don’t think it smells bad. It doesn’t smell chemically like a really bad chemical smell or anything like that. So it’s OK. In my honest opinion, I do feel strongly that potential products are not as good as they were in the late eighties and nineties, at least from my experience. But that’s just my opinion.

I’m not going to specifically go out and try to hunt this down to use it.

Yeah, I would use it again. I didn’t hate it. I just didn’t love it. It’s OK. And I would use it again. But it’s not. It’s not a favorite. I feel like there are other things out there that I could find that I would like better when I tell somebody not to use it. No. I would say it’s an OK product. I would say try it and see if you like it. You know, you’re not going to. It’s a huge battle. The lost you forever. So you’re not going to lose money if you try it. So I would say give it a chance.

Overall, I’d say Paul Mitchell Color Protect Conditioner is a good product. Just nothing special. I wouldn’t buy it again unless I didn’t have many other options. So if you tried this before. Tell me what you think about it. I’d love to hear your opinions too. Or if you have any suggestions on a good product to try, I’d be happy to hear that as well.

I hope everybody’s having a good day. Have a great week. 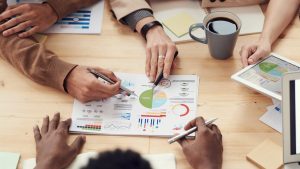 Guide To Online Reviews For Bu... 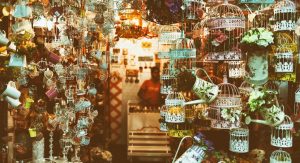 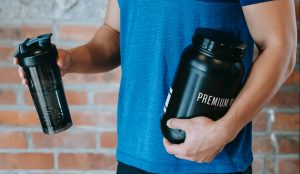