Home Tech What is Samsung’s New S20 Line? Everything Under One Roof 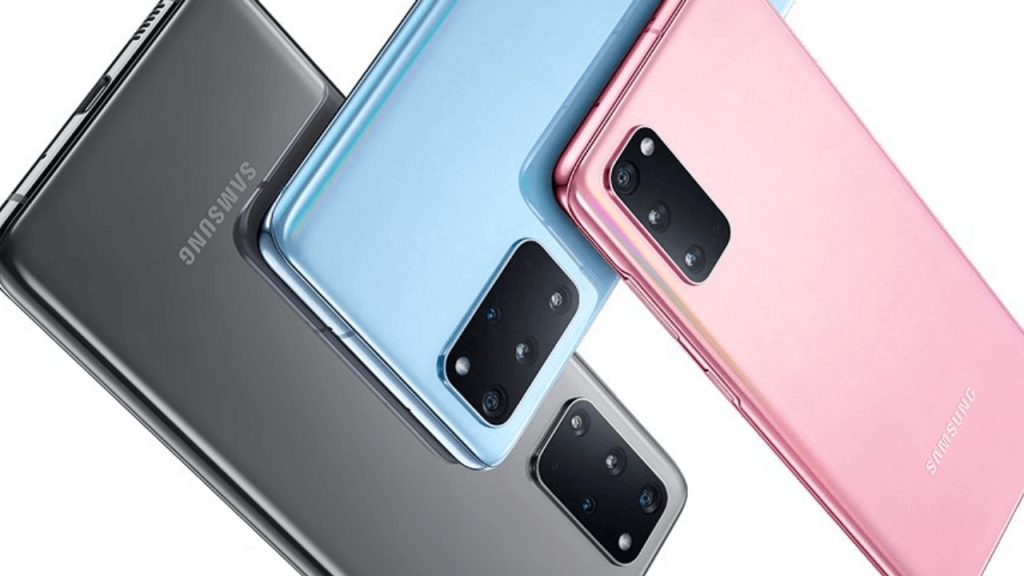 Galaxy Unpacked Event 2020 turned out to be the biggest hit, as Samsung rolled two major flagships in it. The event held at San Francisco launched a new lineup of ‘S’ with extravagant features. Samsung’s New S20 line consists of a base model Galaxy S20, Galaxy S20 Plus, and Galaxy S20 Ultra.

This upcoming lineup in samsung mobiles is expected to range from $999.99 to $1,599.99 and can be pre-ordered from 21st February of this year. The Galaxy S20 lineup has the extraterrestrial color options of Cosmic Black and Cosmic Grey. But… What makes this lineup so special? Let’s find out!

Everything about Galaxy S20 Lineup

Starting from the basic difference between the three of them won’t be wrong as they are designed to be distinctive in the market. Don’t forget that the prices of the flagship will lift the features along. The base model of Samsung Galaxy S20 features a 6.2” with 120Hz high refresh rate screens but being the low-budget flagship of the family, it won’t bolster mmWave 5G and high-end cameras. Then the lineup is followed by Samsung Galaxy S20+ which has a top-notch 6.7” screen and everything else S20 didn’t have.

The Display Design for All-

Three of the models can be divided as Gold, Diamond, and Platinum in terms of performance but there’s not majorly different in the display design. The triplet boasts a notch-less body with just a miniature camera hole. The trend was kept the same by Samsung with an Infinity-O Display with HDR10+ certification. Samsung has adorned the privacy of the user with an ULTRASONIC Fingerprint and Eye Care Display feature in all to prevent eye strains.

Above all, there is IP68 rated protection which means the body of the upcoming lineup can be soaked in water for 30 minutes up to 1.5 meters and that will cause no harm to it. Not to forget that Samsung has promoted the refresh rates from 60Hz to 120Hz.

Here there is great classism on the basis of the budget. Samsung Galaxy S20 and S20+ won’t be as Ultra as Galaxy S20 (Ultra). Samsung has transformed the camera chemistry to have a step forward in Photography and Cinema-quality videos.

The base model and the plus combines a quite similar pattern of camera shooter. Beginning with 64MP Telephoto Primary camera made the mobile photography bold. There are advanced space zoom features with 30X Super-Resolution Zoom and 3X Hybrid Optic Zoom. Make your nights brighter with spectacular low-light photography features. Samsung could have done better with the Selfie camera as there lies a 10MP on the back with an aperture of F/2.2.

Samsung has a fantastic load in the Galaxy S20 Ultra. This variant has the capacity of shooting beyond the imagination with a huge 108MP Primary camera. It can shoot up the sharpest shots. The Ultra has the Space Zoom feature with much better capacities. The Ultra variant holds a 100x super-resolution zoom with a 10x Hybrid Zooming elite feature. There’s a Super Steady feature that can shoot up an 8K video with AI stabilization.

The matter of the fact is the S20 lineup has the updated Qualcomm Snapdragon 865 processor in common. In the trilogy, each flagship is combined with 12GB of RAM offering the lag-free performance. The S20 has an internal storage of 128GB while the bigger flagships including S20+ and S20 Ultra have up to 512GB of enormous capacity which is paired with 16GB perfect RAM. The pro spec is, the memory can be boosted up to 1TB storage with a supporting microSD card.

Talking about the batteries, vivid variation in the trilogy can be experienced. The base model S20 has the smallest of typical 4,000 mAh capacity, where the Plus variants flaunt a 4500mAh battery features. The Ultra is standing tall with 5,000mAh batteries which makes it a bit heavier than other variants.

The S20 Lineup will prove to be a game-changer as Samsung has at last adjusted its flagship according to the user’s needs. These phones justify the prices with their stunning features and perfection. Hence, it’s a good-to-go deal!

Anna Wattson
Anna Watson is a graduate from San Diego State University and a blogger online. She loves to write about tech, business, marketing, and many more. Follow her on Twitter at @annawattson25.