Home Real Estate Top 5 Cities to Move to in Florida: 2019 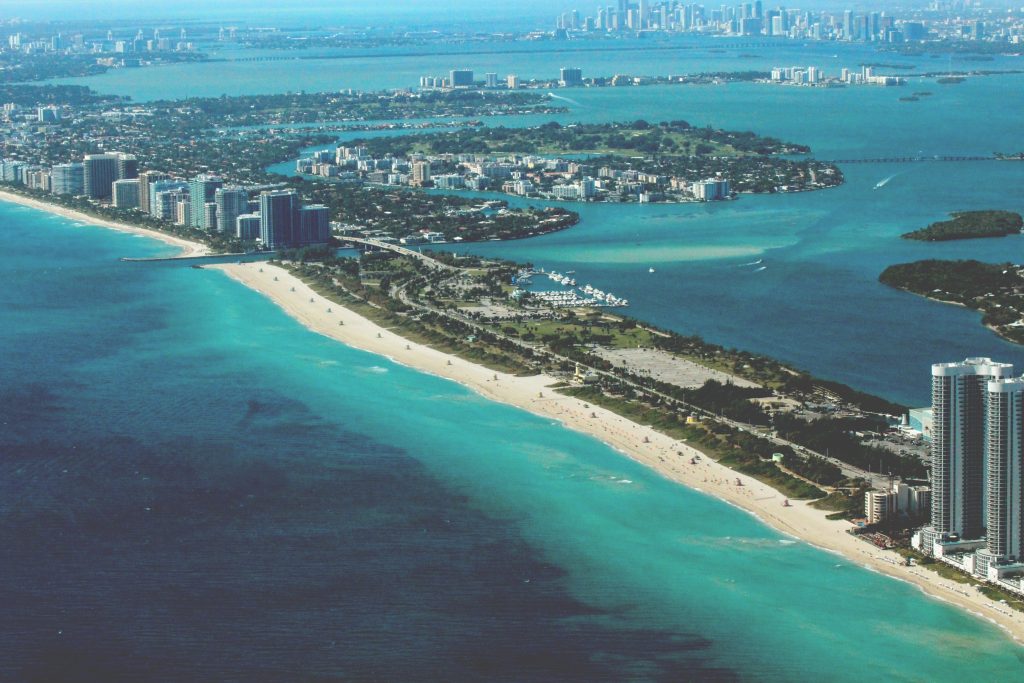 Bountiful sunshine, 663 miles of beaches, and world-renowned theme parks make Florida perfect for vacations. It’s also a great place to take up residence for those reasons and more. Just ask the millennials and Generation X’ers whose influx have changed the state’s reputation as a place for snowbirds and retirees to one for young professionals and families.

Florida has no state income tax, warm weather the year around, and a host of cities that offer a laidback lifestyle. If you’re planning a move to Florida, your only problem is finding your place in the sun. Use this list of Florida’s top five cities for 2019 to help decide.

Founded in 1565, St. Augustine is the nation’s oldest continually occupied city. Today the city is big on golf, great beaches, affordable housing, and excellent schools. In fact, St. Augustine was declared one of the best places to live in Florida by USA Today. The current population of 14,000 is a draw for those who like smaller cities.

The average family home costs around $246,700 with a steady increase in new home construction in St. Augustine. Families with children will be happy with the schools. They have an overall rating of A minus. St. Augustine is known for Ponce de Leon’s Fountain of Youth and the World Golf Hall of Fame.

Vero Beach is another Florida town that carries accolades. Coastal Living named it one of the best beach towns, and The Street calls it one of the best Florida cities. Millionaires alongside blue-collar workers enjoy great beaches, golf courses, and excellent shopping and dining.

If you love nature, you’ll love this eco-friendly city of around 16,000 residents. It’s home to the largest turtle nesting habitat site in the world and miles of unspoiled beaches and protected wildlife refuges. The average home price here is $205,800, and the median income is around $38,000. Vero Beach has an award-winning high school.

If you like big city living, Miami has that along with beach life. There are around

500,000 residents in Miami proper and five million in greater Miami. Cuban and Latin American roots give the city a diverse culture and some really good eating. Like other larger cities, Miami is divided into several distinct neighborhoods, and there is one that will please most everybody.

Given Miami’s size, there are a number of supporting resources and information available to those looking to move to Miami compared to smaller cities. These can include guides on moving to Miami and neighborhood reviews.

Young professionals will like the ones close to downtown, and at an average of $1,200 per month, rentals are surprisingly low for a fabulous beach city. Families will find choice neighborhoods in the outlying neighborhoods where schools get rave reviews. The average annual salary in Miami is $46,160 and the average home costs around $244,600.

Jacksonville is another spot for big city and beach lovers. The greater Jacksonville area has a population of 1.3 million. It also has the youngest population, and consequently the hippiest. The city was voted by Expedia to have one of the coolest populations in the nation.

Sports fans will love Jacksonville, and football is practically a religion here. Young people looking to get a foothold in Florida first before buying will appreciate the affordable rents. You can find studios and one-bedroom apartments starting at $600 per month. Average home prices are fairly low as well at an average of $184,308 and affordable at the average salary of $45,140. Families with children will find several high-ranking schools in Jacksonville.

Sarasota is one of those Florida cities where the population is noticeably switching from retiree age to a younger crowd. Situated along the Gulf of Mexico near Tampa, the city has a population of 52,000.

There’s a small-town feel here as residents mingle with tourists at 13 public beaches and 58 miles of water sports at the Myakka River. Workers in Sarasota can expect a median income of $43,000 dollars. Newcomers to Sarasota can find a move-in ready home at an average price of $224,613 near some of Florida’s best schools.

Michael Erbe
Mike is a content writer in the Jacksonville, Fl. area. He has lived in Florida his entire life and enjoys writing about his travels both within the state and internationally.