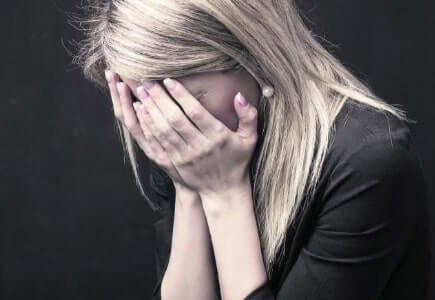 Depression and its “Difficult” Treatment

The impact on public health and the well-being of those affected by depressive illness does not stop growing. Even the most pessimistic estimates made a few years ago are falling short of the level of disability and loss of quality of life that is being observed today. Only its economic impact, considering sick leave, lost years of a healthy life, direct and indirect costs of treatment, and even deaths from suicide have been quantified at around 1% of GDP. That is why it has been said that depression is the plague of the 21st century.

Depression is one of the most common psychiatric disorders with an estimated annual prevalence of between 2% to 3% for men and 8% for women, with the prevalence/lifetime around 18%. This means that one out of every 5/6 people suffer, have suffered, or will suffer from depression in their lifetime.

The limits of the disorder have been blurred and the meaning of the term depression has been devalued by the colloquial attribution to disappointments, losses, or setbacks such as a ‘downturn’ or a ‘depression’ that are superficial and temporary and of course do not comply with the requirements. Criteria that define the disease.

However, real depression has a great impact on cognitive and functional capacities, in other words, on the performance of the roles in the family, work or society that the patient exercises. The deficit that the process causes on attention, memory, concentration, and on what we call ‘executive function’ is well known, which is nothing more than the ability to plan and decide so necessary in normal life.

Thus, housewives are unable to take on household tasks that are complex and require foresight, resolution, and responsibility. Students cannot focus, take, or pass their assessments. In the labor field, it is just as complicated since possibilities of action, security has been lost and an attempt is made to continue maintaining the type. This is how ‘presenteeism’ is reached as an alternative to absenteeism, for fear of dismissal. A painful situation that undermines the self-esteem of the person. A change in legislation and awareness among companies would be necessary to recognize this reality and promote their recovery, for example with flexible and gradual reincorporation policies that now do not exist.

We are therefore faced with a true disease that induces great suffering and severe limitations and in which there is a terrible paradox: despite having psychotherapy techniques and medications that have been cost-efficient for most cases, more than 50% of depressive patients will not receive adequate treatment. Apart from will not even get to be diagnosed correctly.

This is Due to Several Reasons :

A different problem is that of patients with depression who, despite receiving adequate treatment and after several attempts to change them, do not improve. These are the so-called resistant or refractory depressions to treatment. This leads to chronification and a process of demoralization and hopelessness that increases the symptoms and repercussions of the disorder.

In these cases, it is necessary to resort to specialized environments and more complex solutions. Combined therapies are applied with drug associations, intensive psychological interventions, partial or total hospitalization, and the last alternative of the maligned electroshock, which nevertheless is still the most effective means that we have.

The good news is that there is active research on the disorder in the most advanced fields: molecular genetics, neuroimaging, neuropsychology, pharmacology, … from which we expect results soon.

Before we have new treatment possibilities, still exceptional and require more experience and scientific evidence. Either through DNA analysis to study the efficacy or tolerance to the different treatment alternatives (pharmacogenetic tests), new drugs, such as those derived from esketamine, or through stimulation techniques, such as deep transcranial magnetic stimulation or implantation of stimulators deep into the brain that is powered by telemetry-controlled pacemakers.

One lesson of a pragmatic study that was carried out in the United States (STAR ​​* D) and that has become a reference for the approach to these patients, is that sequential strategies of change or enhancement of treatments facilitate further improvement, in each step (up to four successive ones), of the order of 10% each time in patients who had not responded before.

Therefore, we must not throw in the towel, even when it seems that there is nothing to do, there is much to do.